On this day 3 years ago, I had one of those days this was near perfection. On March 16th, I was in Tokyo and we had a successful Go/No-Go meeting for our big deployment there. It was the end of a long week after a lot of hard work and prep and I fell asleep in the taxi on the way to the airport. I flew the 15 hours to home, slept a few hours and then still completely jet-lagged, caught a flight to New York and kicked off a nearly 24-hour marathon session of rugby, parades, Irish pubs, Springsteen on Broadway and more Irish pubs.

That day was captured here.

One for the record books. Perhaps the 2nd best St. Paddy’s Day was many years back. We had just won the Butte rugby tournament and were in town partying like madmen. Who knew that Butte had such a long history of crazy St. Patrick’s Day activities.

This year will be subdued. I’ll probably have some Tullamore Dew a bit later and raise a toast to better days past and better days to come.

Road rage is a really remarkable thing. Driving the other day, I made a quick lane change to get into the turn lane and inadvertently cut off some dude driving a pickup. It wasn’t a dangerous move and was only borderline rude. There was plenty of room but he was driving fast. I just didn’t realize I could not make the upcoming turn from the lane I was in, so made the change. Not a dick move, but definitely a little tight.

But this hillbilly wasn’t having it. He laid down a 10-second blast on his horn and got right up on my bumper. That wasn’t enough so he stuck his arm out the window to make sure I could see him flipping me off. Then he followed me in the turn, staying right on my bumper. I could see him seething and still gesturing in my rearview.

I made a couple of more turns and he was right behind me. This went on a while; long enough that I was certain he was now just following me. I had slowed down enough so that he could easily pass, but he didn’t. So, we drove around west side of Cleveland a bit. I had just left the motorcycle dealership and wasn’t in a particular hurry to get home. So I took a slow easy easterly trajectory on side streets. He was right behind me. Seething and red-faced and screaming.

Eventually, his rage must have dissipated because after about 10 minutes, he sped by and flipped me off again. I drove home without further incident. I hope his day got better. What a terrible thing to have happen to him on a sunny Spring afternoon.

I bought that Triumph T1200 Speedmaster that was reaching out to me. It will be delivered Friday. It’s a lovely machine and I am now even more excited for better weather. Immediate forecast is dubious. Chilly and lots of rain coming. But maybe a day here and there that I can get out. Of course no one needs a 2nd motorcycle. But here I am, awaiting delivery of my 2nd.

Spring cleaning is underway. With painting wrapping up, I am throwing out things and compiling a big donation to Goodwill. Clothes, toys, shoes, tools and all manner of miscellaneous crap. It’s good for the soul to streamline. Tidy things up as we enter the spring after a year of lock-down and anxiety. Also need to clean out the garage to make room for another motorcycle.

We are monkeys with money and guns.” 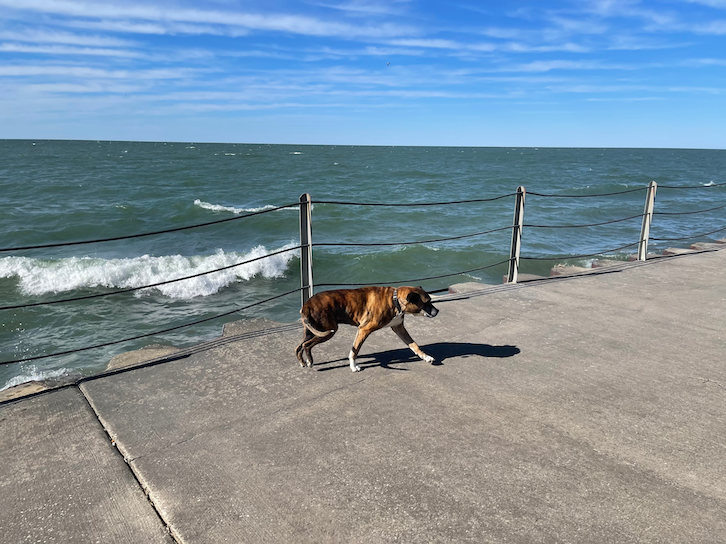