I turned to some HST this past week, and he was on my mind, so we will be joined by the good doctor today.

‘who is the happier man, he who has braved the storm of life and lived or he who has stayed securely on shore and merely existed’

I’ve a nosy neighbor. An older single lady. Probably close to my age, but as noted, much older. She always has something to say about something going on in our little complex. When the lady I have helping paint first started coming around (Nancy), the neighbor lady had to know all about it. She complained about where Nancy was parking, even though it’s on the street and totally legal. And then complained that Nancy was driving too fast. Then she saw Nancy’s son and asked me if that was her son because the kid had a darker complexion. I told her we were trafficking young brown children, but please to not tell anyone.

Only in America would a municipality award $27M to a family for a wrongful death suit in lieu of actual justice. George Floyd was killed when a city cop kneeled on his neck until he died. But, if history is a guide, the cop who executed this man, while smiling and joking into a camera, will not be criminally prosecuted. If the cop were a black man who took the same actions against a white man, he would go to jail fora long time. Probably for life. But that’s not the way justice works in this country.

The City of Minneapolis paid because the truth is obvious. It was a murder. But the cop will get off. They alway do. He might even write a book. The Trump supporters will buy it and make him money. They might make this racist killer a millionaire. Cops get away with murder in America. That’s just the way it is.

The painting is going slowly. Too slowly. The disarray of the house right now is off-putting to my psyche.

The US still has troops in Afghanistan. It is our longest running continuous war. Trillions of dollars spent and more than 100,000 Afghan civilians and 2,000 US soldiers killed. Hundreds of thousands more maimed or grievously wounded. And the outcome is exactly the inelegant and defeated retreat that was predicted by most political scientists and historians all those years ago. In spite of this irrefutable historical evidence, Bush and Cheney went in anyway. Guns blazing. ‘Merica dammit!

In spite of our investment in lives and money and stupidity, Afghanistan and Iraq are returning to their pre-war political positions and circumstances. All that money and drama and displacement and life-long injuries and death were 100% avoidable. We have signed a deal now to turn the country back over to the Taliban. The same people we invaded to defeat.

I can’t imagine anyone believes the world is safer because of these wars, let alone a good value for the cost.

These wars, pursued by Republicans under the Bush Administration soon after passing large tax cuts for the wealthy, are a significant factor in the massive increase in national debt. Then, under Trump, the Republicans against passed large tax cuts for the wealthy and again massively increased spending on military–further deepening the debt crisis.

Remember that 3,000 people were killed in the 9/11 attacks. Now, with 550,000 and counting dead due to COVID, the Republicans are balking over the $1.9T in aid to help people through this crisis. We starve health and human services and public health initiatives, but will give any amount of money to military for phantom fears.

I am embarrassed for the hypocrisy of the Republicans, even though thy are immune to shame.

Internet scamming finally found its way to my ecosystem. I woke up Wednesday morning to find ~ 1,700 emails informing me of failed donations to our MYO credit card portal. It was alarming. I quickly logged in and tried to figure out what was happening. I called customer support but of course they are useless. Our service provider was acquired by another company and tech support knows nothing about the systems we are using. I had to wait until 9:00 when our guys came in. But when they did, they were equally useless. They simply did not care. I spoke to two agents, both overseas and neither had a clue what to do. Somehow though, I think originating from the 1st call at 5:30 am, I got an email from a tech support agent at a 3rd company. He gave some advice on tools I could set up myself in our portal dashboard and provided some very basic explanations. So I set up some IP address filters, limited the countries from which we can accept donations, and implemented a velocity filter to restrict to no more than 3 attempts to initiate a transaction from a single IP address in a 10-minute window.

What was happening is that some criminals were using our system to vet stolen credit cards. Using some automated bots, they were dinging our system for small transactions—mostly under a dollar. If the transactions when through, they knew that card had not been canceled. If it did not go through, then that card was useless. Most of the transactions were declined, but some went through and a few were for just over $20. So we have around $184 in donations from stolen credit cards in our account.

There was never any danger of them getting money from us because this is just a deposit account. When people donate, it sits in a holding account until the 10th of the next month and then it is automatically transferred to the MYO bank account minus the service fees.

In addition to this and normal work stuff, I had a leak in the basement that was sort of hard to track down. I had to take out part of the walls on both sides of a copper pipe that developed a small leak in the joint. It is fixed now with flex. I’ll leave it open for a week to monitor and let the carpet and wood dry completely before buttoning everything back up.

At one point this week, while in the office, I was listening in on a zoom call while instant messaging with my boss on Teams and also on a phone call with technical support about the credit card portal. All par for the course when living life in full color.

Friday night was a good wind-down to the week. I road the motorcycle to The Standard for a couple of Heinekens and a nice cigar. Then Millard Fillmore’s Presidential Library for a Jameson and a beer and to confirm they were showing the 6 Nations’ matches on Saturday. Cold ride home, but worth it to be on the bike.

There is a youngish kid who works at The Standard that is sort of annoying. He is forever hanging about while I am reading and writing. Always sucking up to me for some reason. No idea why. I have nothing to offer him. I don’t really like him and would have figured by now he has sensed that. But there he was. Constantly. The other kid is fine. He brings me beer and an ashtray and is pleasant and efficient but smart enough to read body language.

I feel some change coming on, but don’t know what that means just yet. I’ve been chatting with a couple of recruiters about possible new gigs starting this summer–so maybe that’s it. One in NY and one in LA. But both remote, or mostly remote. Getting the house spruced up. For what? Moving? Perhaps.

Yesterday  was rugby Saturday. I hung out at Fillmore’s with Molly and watched Wales and Italy and then England and France. A little day-drinking and rugby always makes for a fine afternoon.

Today was mostly dedicated to painting and getting the house put back to together. Then, like a flash, the weekend is gone.

There is no practical reason why a single guy would need two motorcycles. But I will very soon be a 2-motorcycle family. To go with my half-built canoe, two bicycles, car and camp trailer. I am Jonesing for the new Trump Speedmaster. It is a beautiful machine. Retro look but modern engineering and craftsmanship. A good ’round-town’ ride. It seems inevitable now that I will find my way to the dealership to sort out the details.

I came across this bit of HST wisdom the other day. And I find it feels remarkably relevant to me.

“We are all alone, born alone, die alone, and—in spite of True Romance magazines—we shall all someday look back on our lives and see that, in spite of our company, we were alone the whole way. I do not say lonely—at least, not all the time—but essentially, and finally, alone. This is what makes your self-respect so important, and I don’t see how you can respect yourself if you must look in the hearts and minds of others for your happiness.”

I’m just finishing ‘How To Be a Stoic‘ by Massimo Pigliucci and there is a section that talks about this concept. The need to remain aware of our impermanence. And generally that everyone we know and love is also transient. So we must work to be comfortable with that reality. If we are to die, why is tomorrow better than today? Best to be prepared for the inevitable so that when it comes, even if earlier than expected or wanted, we can accept it with dignity. If we are living fully and creatively, then we will have done our duty to wring as much fun and learning out of this life as possible. So go with confidence and esteem. Or so the good Gonzo Doctor says.

I am interested in this story about Congress taking action to protect veterans from predatory colleges. They are targeting on-line colleges and claiming that veterans are apparently not capable of making their own decisions about how to spend the tuition money they are owed in return for military service. I am interested because the military’s stock in trade is in targeting the poor and listless and very often lying to them about benefits of joining the military. I am speaking from experience. I accompanied a friend of mine to a recruiters office one time. Not because I wanted to join the navy, but because we were hanging out and he had an appointment. They saw me and charged. I was lied to about multiple things. Where I would be stationed, what training I was eligible for, how much money I could get for college, how many credits I would get for my training. But mom did not raise us to be victims, so once I signed up I stuck it out. I gave them years of my life in spite of the deceptions. So it seems ironic to me that a government that tricks 18 and 19 year old’s all day long, is okay with going after private enterprise for aggressive marketing to 22 and 24 year olds. Why do they think these young adults are not capable of choosing which college they want to attend?

News is full of Harry and Meghan and Royals. Almost as bad as Trump nonsense filling the white space with bullshit. Why in the world are Americans interested in an in-bred British family that traditionally presided over genocide and colonialism to the detriment of millions of indigenous peoples all over the world? Not sure why I’m surprised. We’ve many times examined the irrational and ignorant collective behavior of society on these pages.

No more news of note. 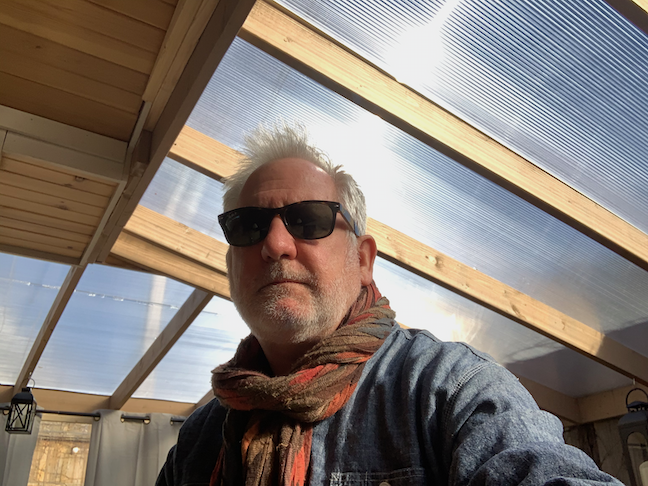 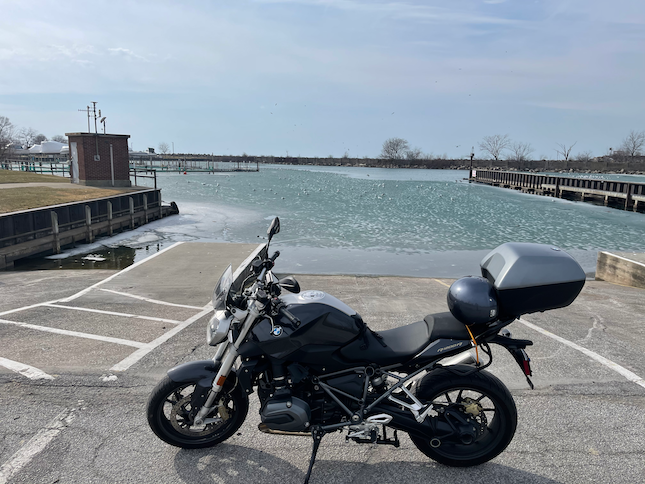 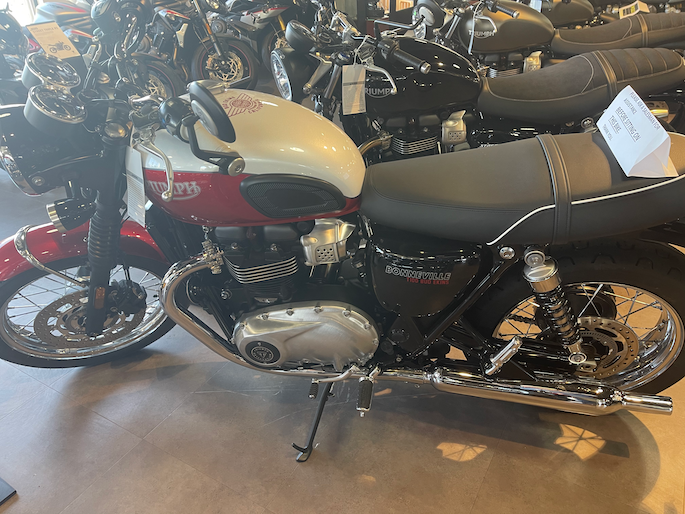