It’s a cold, blustery, snowy day here at 30 Oakshore. The oaks are without leaves and the sky is grey and the snow falling in an iconic Ohio winter landscape as I remember it from the early years in Chautauqua. The cover shot is from my morning walk in front of one of the big ole mansions in the neighborhood.

I watched the Space X test launch this morning on NASA TV. I’m not overly absorbed with space exploration, but there is still something pretty cool about watching a rocket launch and escape from the earth’s atmosphere.

I’m behind in my chronicling of events so this post is a catch-up. A snapshot of images and events from the past few weeks. It’s easy to blame work, which remains intense, but I realize I also don’t have the same level of energy I did in my 30’s and 40’s. So in the evenings, rather than write, I read a little, listen to a little music, linger over a 3rd glass of wine or, gasp, watch Netflix for an hour or two. All those years without a TV served me well. Limited my options at night to reading or writing, or, very often, going to the bar. But now streaming service has chipped away at my willpower. But it’s a new year and an opportunity to re-focus on important things that have been getting less attention. Reading, writing and building canoes.

Holidays were uneventful. Our family is blessed to be healthy and everyone mostly gets along well. We are dedicated to supporting one another and we always have more fun when together than any family I know.

I am deeply immersed in two books. One, the very long but excellent ‘Warmth of Other Suns’. The other ‘Say Nothing’ by Patrick Radden Keefe. It is also well written and an intriguing story describing events of Northern Ireland conflict in the 1970’s. But both are gruesome and terribly sad testaments to the dysfunction and evil that are inherent in our societies. Humans remain so vulnerable and ignorant that we are easily manipulated in to supporting grave injustices just to blindly follow political leaders who are merely pursuing their own ambitions. This afternoon I read a bit from both books and then slipped away to see the WWI movie 1917. So today was sort of a trifecta of human horrors.

An excerpt from Warmth

Russell’s father was once refused service at a gas station until the staff had taken care of all the white customers first. When his father attempted to leave and find a different station, the attendant stuck a shotgun in his face and threatened to kill him if he didn’t stay and wait his turn. In another incident, Russell’s mother was walking outside in a fancy dress when a white policeman accosted her. He told her to go home and remove the dress, which he described as “white woman’s clothing”

The Russell in this case is Bill Russell, whose family emigrated to California soon after some of these incidents. There Bill had opportunities he certainly would not have had in Louisiana and went on to become a college and pro basketball legend. Think of the hundreds of thousands of souls whose potential and opportunities died there in a cotton field, or at the end of a rope hanging from a tree, or just an early painful death after a life lived under the torture and threat of a plantation owner.

No significant event planning or news of note—so just a few random observations and happenings over the last few weeks.

In news of the crazy, in some recent poll, Barack Obama and Donald Trump tied for the most admired man in the US. Roll on crazy train, roll on.

Melania Trump was a bit behind Michelle Obama but was 2nd overall. Behind brilliant Michelle, Harvard Law grad, working professional, bestselling author, activist. Melania, former stripper/model who managed to marry a rich dirtbag, college drop out with no actual credentials or accomplishments of any kind, beat out around 150M women who are imminently more impressive.

A couple of weeks ago darling Carla called me from Brooklyn, where she was gallivanting around with her niece and some other Generation something’s. She was a little tipsy I think and had wandered from the party and was talking to me from the sidewalk while her niece and friends were hollering down from the flat window. I imagined it like a scene in a Woody Allen movie. The best part was that there was no reason for the call other than friendship. She just wanted to talk and I was more than happy about it.

A few nights later Beverly pinged me on WhatsApp. She really wanted to Skype. We communicate frequently, several times a week, but mostly through WhatsApp. We Skype about once a month or so. But I could tell that she really wanted to talk so I told her to ring through. She did. I was in the bathtub which made her laugh out loud. So we Skyped while she was at her boyfriends place in Cape Town and I was at home in my bathtub. She told me she was pregnant. Which, when she told me she really wanted to tell me something, I had pretty much already figured out what it was. There was little else to tell. She had formed her real estate company and we had been discussing how her website should look. She is already engaged. So the next big exciting news must be one in the oven. So that was it.

I had been planning a trip to Namibia and assumed we would meet in Windhoek like always. But she can’t fly now until after the baby is born so she wanted me to come to Cape Town. I looked at some itineraries, but to make that work in the time I would have available was crazy. So I decided to bag the entire trip until after our deployment in May and I will make a longer visit to Africa then. Or that at least is the working plan.

I’ve been hiking/walking a lot. Averaging about 4 miles a day. I try to get 3-5 in during the week and then a longer hike on the weekends. This weekend is tough because I am still weak from yet another damn stomach bug and also the weather is just not conducive at the moment. But I am in the groove. I did manage a nice 8 miles or so along Big Creek Trail in one of the metro parks a couple of weeks ago. Nice day and lovely hike.

I had not really cleaned the inside of my car with any detail for more than a year. Since before Mandela died. So it was pretty messy and there was still dog hairs floating around which was both sad and unsightly. So I went on-line and found a place not too far away called ‘Quiet Storm’. When I called, the man who answered said they could not get me in on Saturday, but he could meet me Sunday morning if that worked for me. It did. So a cold, rainy Sunday morning I drove down to the address. David met me. An elderly, very talkative and very sweet African American man.

When I asked him how long it would take, and then added “I can either Uber home and return or sit in the lobby and read”, he replied “just read your book young man”. My original plan was to leave the car with him and walk downtown to a coffeeshop to read and write, but the rain just never let up. So I did as I was told and sat in the cold lobby on a 50’s era hardwood chair and read my book for 4 hours. Long morning but met an interesting and unique fellow and car is showroom clean again.

Last weekend, Larry and Melissa hosted a nice get together. Martin and Pam and our excellent friend Jerry Mayab made the long drive from the south, and I descended from the north country. Terri, Shannon, and Maureen, who was up from Georgia for training at Wright Pat, rounded out the crew. We sampled multiple whiskies and ate tapas and brisket. I tapped the very good (and expensive) Hibiki Japanese whiskey that Ashley got me for a Christmas Gift and we all loved on that for a bit. While I was in the area I took the opportunity to check out Larry’s new house and the progress on the restaurant project. 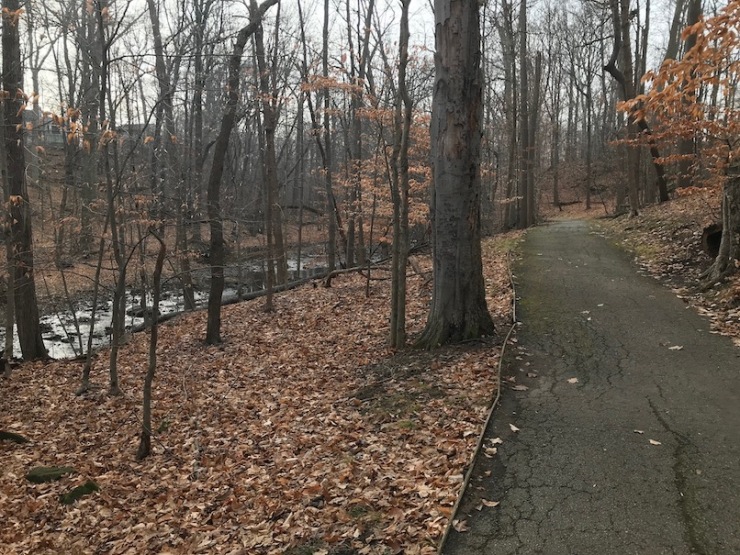 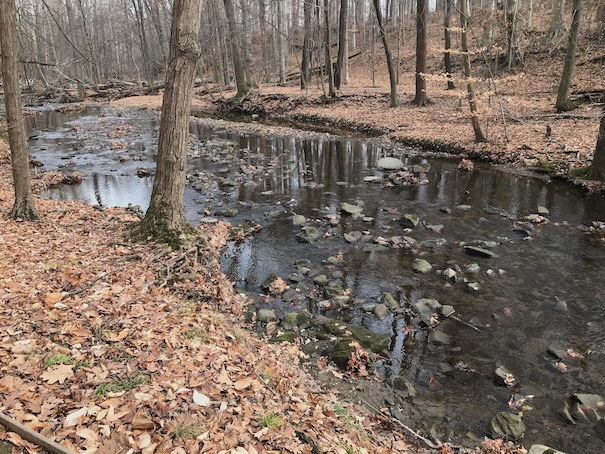 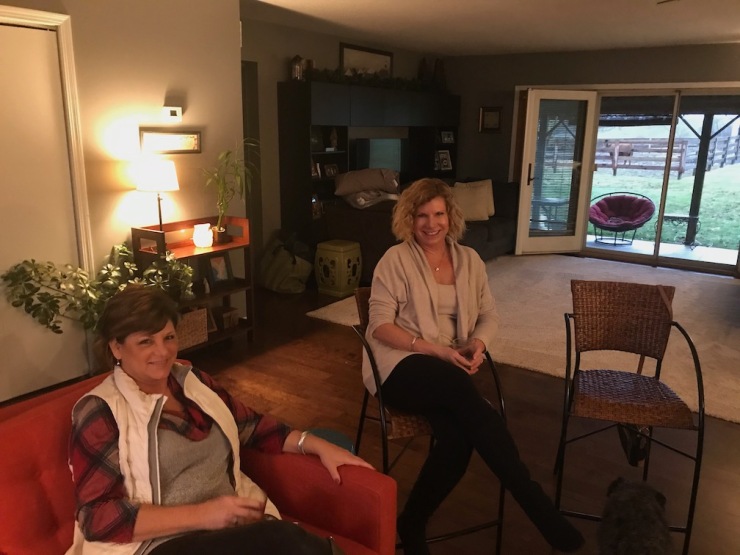 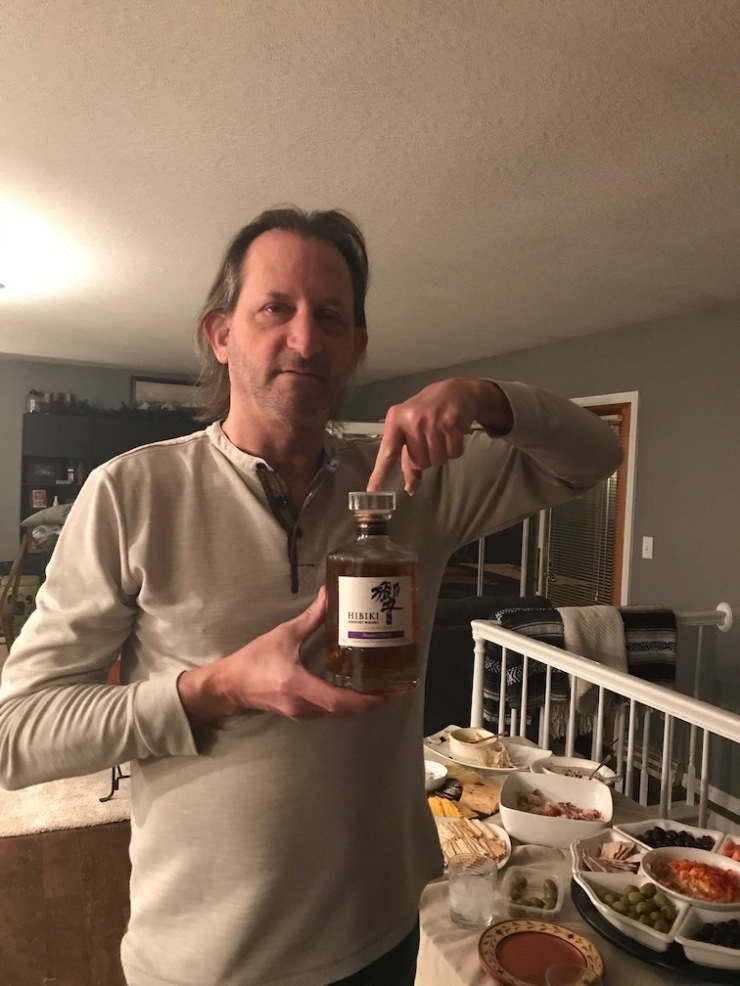