My travels to Europe over the years tend to be most closely aligned with London and Amsterdam. London because I lived here twice and have often had jobs that brought me here. Amsterdam because it’s where Sjoerd and Onah live.

So this week has passed quickly. Busy at work and trying to keep on top of things in US while I am away.

The Rubens hotel is old and ornate. I had to look up how old. I suspected re-built after WWII but it was putting on airs. Deep red patterned carpet and wall coverings—no paint or wallpaper here. This is that heavy cloth fabric that squishes when you push it, like an old sailor with scurvy when you press his flesh. The Rubens is pricey and a little pretentious in that British way, but forgivable. They do, after all, exist across the street from the Queen’s offices. Cleveland Clinic gets a good rate though

These older buildings were often destroyed during WWII and re-built to look like the originals. So sometimes it’s hard to tell if a building is 70 years old or 200 years old.

I decided to go to the same Italian restaurant last night as I did last Saturday. I had to ditch some colleagues. One of the executives had asked me a couple of times to join him and his team for dinner. I originally said I would because I’m a coward and never know how to react in these situations—when someone asks me to join them and I don’t really want to. I don’t know this guy well, but generally speaking I just prefer alone time at night. Might be my loss. He may be a super cool dude—but I don’t think so and I value my personal time too much. When on travel, my target is 25% of my nights with others and 75% for myself. The one or two nights with colleagues is just a concession to not being completely unsociable. I can live with 50% split, but hate to be more than that. This week I had 7 nights and already 3 were with the folks in my core team.

So if I went with this exec and his entourage it would have been too much. So my strategy was to avoid him. But that failed immediately as I became invited to several meetings that he was also attending. Then, a few hours before we were meant to leave, I emailed and said I wasn’t feeling well and was just going to return to the hotel. So, that was that. So I went back to the hotel, changed clothes and relaxed a bit and headed out for the Italian restaurant. On the elevator down I thought, ‘they couldn’t possibly be staying at this same hotel, or I would have seen them over the course of this week’. I exited the elevator and there they all were. Just leaving for dinner. Wow. What are the odds. I told them I was headed for Boots to get some Theraflu, or the British equivalent of Theraful. There it was—two little white lies in a few hours period. As is the case with lying, sometimes one leads to follow-on or cover-up lies.

Why not just say no? Because in our society, the expectation is that we explain our declination with an excuse. If this guy had said, ‘how about you join us for dinner tonight?’ and I just said ‘no’, that would be enormously awkward and he would have just stood there waiting for further explanation. I could of course respond ‘I don’t want to’ and that would be completely truthful, but brutal. And this situation is complicated by the fact that he is effectively one of my bosses, so there is a weird work/career dynamic. If I were more work conscious, or cut from a different cloth, I would go to dinner and suck up and get a promotion, but that’s as alien to me as raising llamas; just never been my gig. So, then it is just a question of the details of the lie. I chose the smallish but always reliable ‘I’m not feeling well’.

As is well established, I get lost a lot. Even with GPS. So while being lost on the short walk to dinner, I happened on a beautiful, quiet, quaint street. There were a lot of trees and the leaves were down and covering the sidewalk and street and blowing around and were lovely juxtaposed against the Christmas lights and decorations. A good benefit of losing my way and leaving the main boulevard.

I sat at one end of the bar and at the other end, a bunch of old Italian men were drinking wine and holding court. They were gossiping, but also people watching, but with an especially keen eye on the young women. They had no shame or trepidation and were harmless—just seemed to be appreciative and maybe a little forlorn.

There is a long article in the Times yesterday about the ongoing cost of rebuilding Afghanistan. So what has transpired in this country over the past 18 years is exactly what was predicted by a great many historians and foreign journalists in 2001 and 2002. They predicted that if America invaded Afghanistan, we would immediately assert our military dominance through brute force. We would establish rule of law and democratic government, we would spend many tens of billions on infrastructure and construction and education and social services. We would need to then maintain a very large military presence there for many years to keep at bay the tribal factions who have lived through this repeated cycle over many generations. They would poke and prod and test our resolve, and, over a period of time (in this case nearly two decades), we would find that our will was indeed lagging; we would forget why we invaded in the first place, we would want to stop the ridiculous amount of spending required to prop up a shadow government and we would be incensed at the nepotism and corruption of the new democratic institutions. We would then look to cut a deal to try to maintain some credibility and illusion of success and eventually withdraw and watch as the country slowly returns to the exact state it was in before we invaded. We will have killed and maimed tens of thousands, lost many of our own, spent trillions of dollars, and the situation on the ground would be exactly as it was before we showed up to save them.

At this point, we are now looking to complete our withdrawal and are openly negotiating with the Taliban to give over control to them once again—getting them out of power was our primary motivation for invading in the first place. Or at least the excuse. We were also looking for that pesky Bin Laden.

But the irony here is that our leaders at the time, Bush, Cheney, Rumsfeld etc., all knew very well the history of this country and likely even knew this predictable outcome was a foregone conclusion. I educated myself simply by reading the papers. And yet we entered into this predictable cycle of violence and war and unlimited financial drain, with the backing of most of congress and majority of Americans who just wanted to invade someone in retaliation for 9/11. Didn’t matter that this country did not attack us or that the ultimate unsuccessful outcomes were completely predictable. And so the cycle now begins to come to that inevitable conclusion.

Oh, then we double-downed on this losing strategy 2 years later in Iraq. Also with the same outcomes. Hundreds of thousands more killed, maimed or disrupted, trillions of dollars spent–and a corrupt government installed that provides far less infrastructure or services even than Saddam Hussein did. We showed em’ alright.

London has around 50,000 restaurants I imagine. A great many of them truly world class. So I always find it interesting when people make sure to provide recommendations for where to eat in London (or Paris, or NYC or any mega-city). One colleague emailed me with ‘the best restaurant in London’. It was a Srilankan place apparently and located in SOHO—which was not near where I was staying. So of course I did not make the effort after working a long day and being cooped up inside. I just walked to someplace close by and found plenty of good food. I think the restaurant recommendations are primarily a means of reminding me that they have also spent time in this city.

I got in several long walks; 6-8 miles, usually in early mornings. London is a great walking city when it’s not raining. The hard stone sidewalks are a little tough on legs and knees, but still it is a great place to get in long walks. I’ve spent more time in this foreign city except for Amsterdam and Swakopmund so it is interesting to return to areas where I’ve spent time and know the sights and buildings. 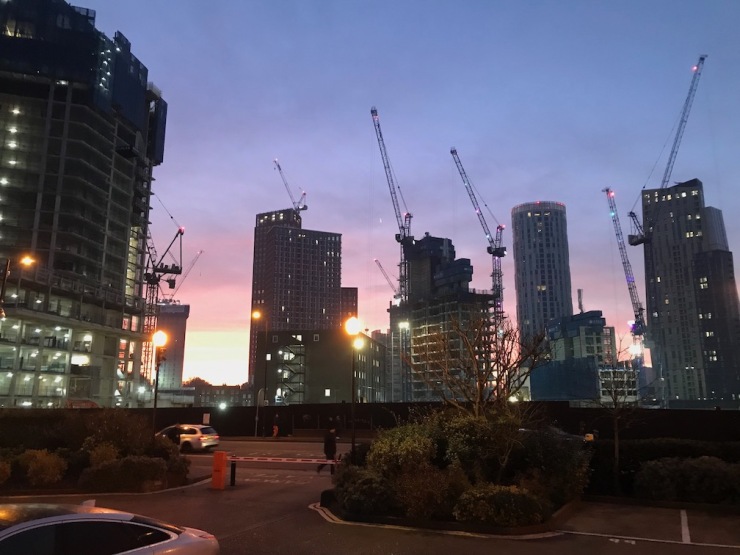 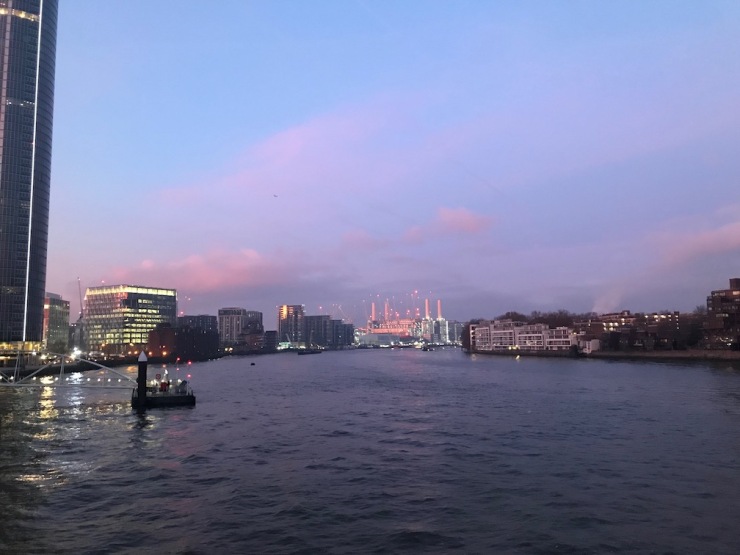 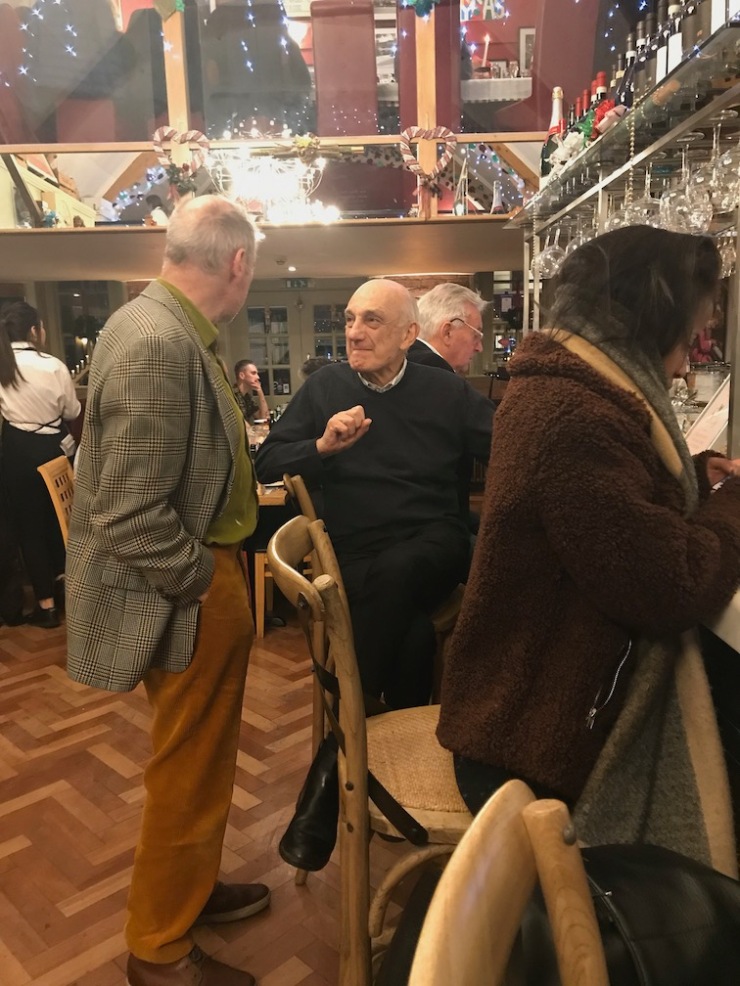 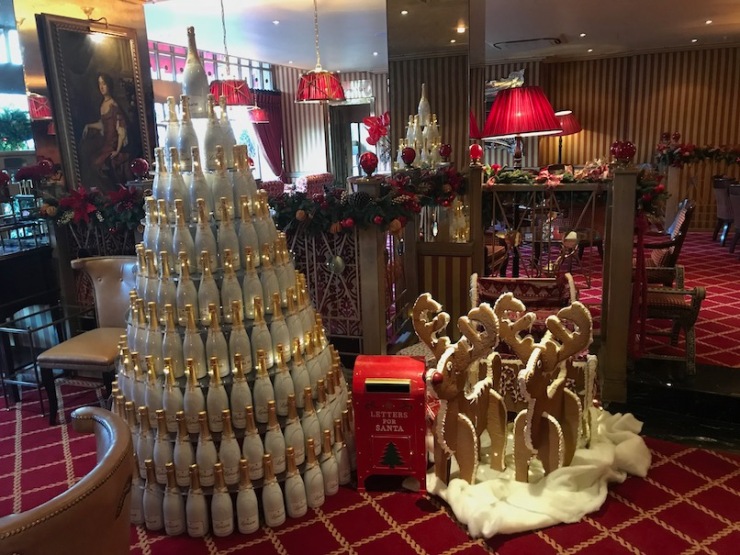 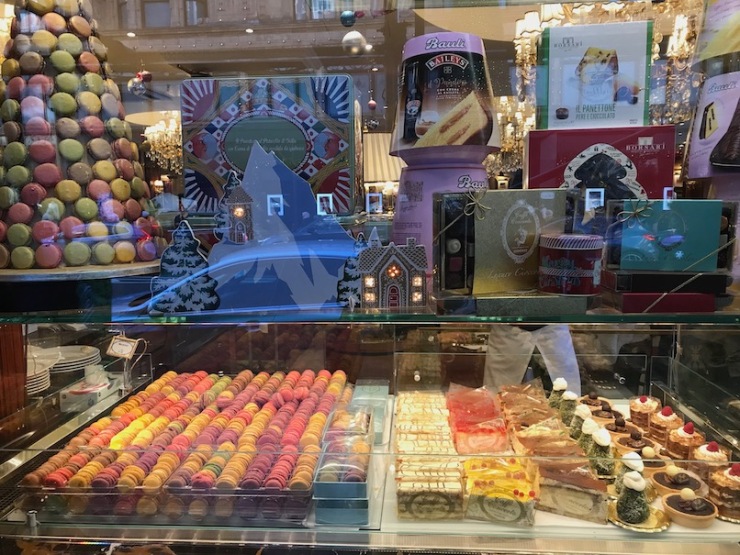 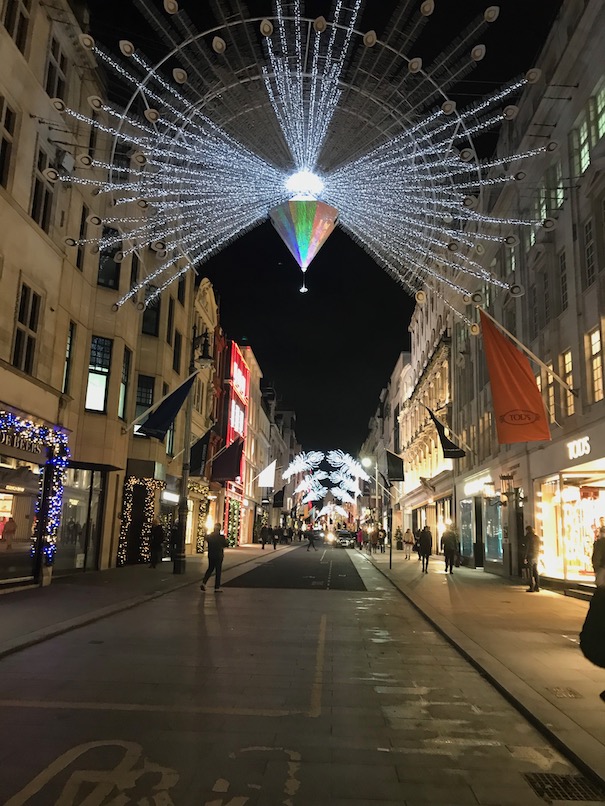 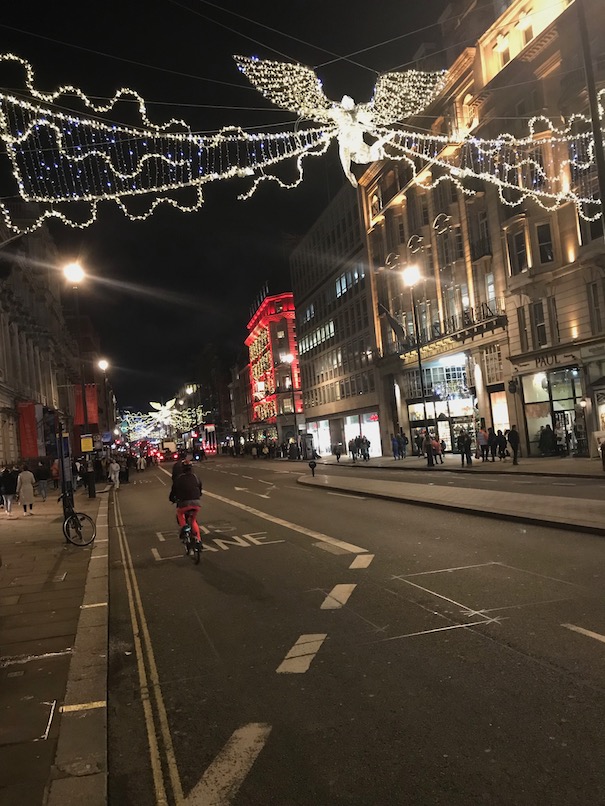 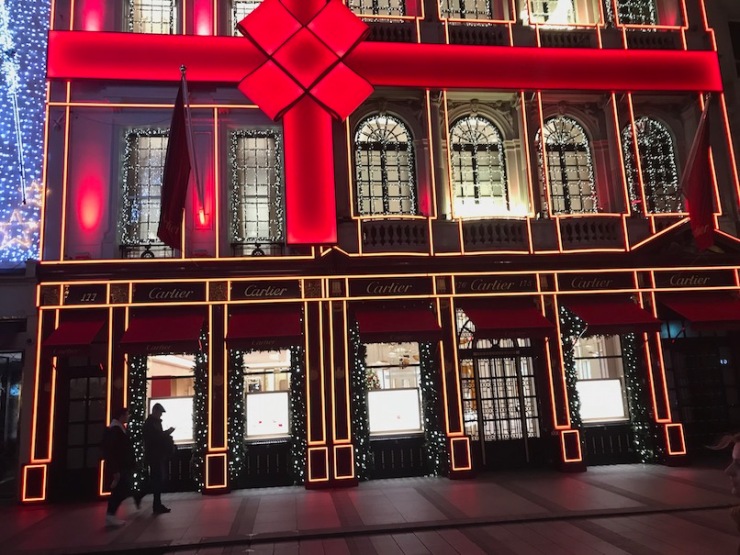 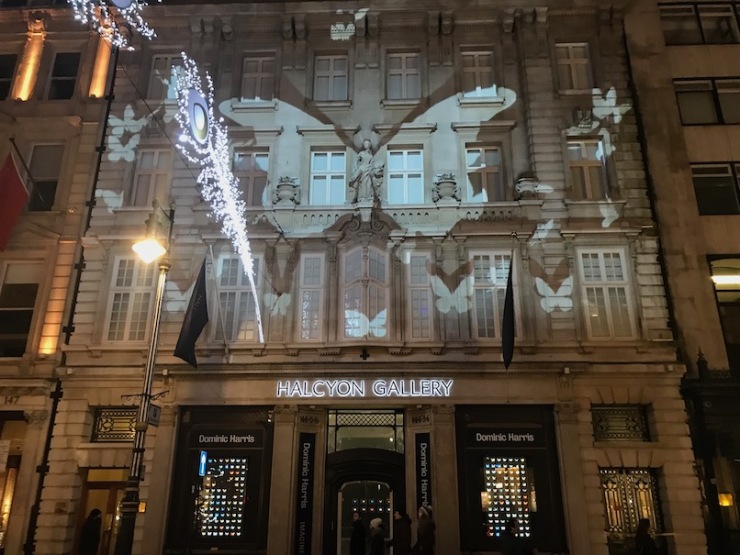 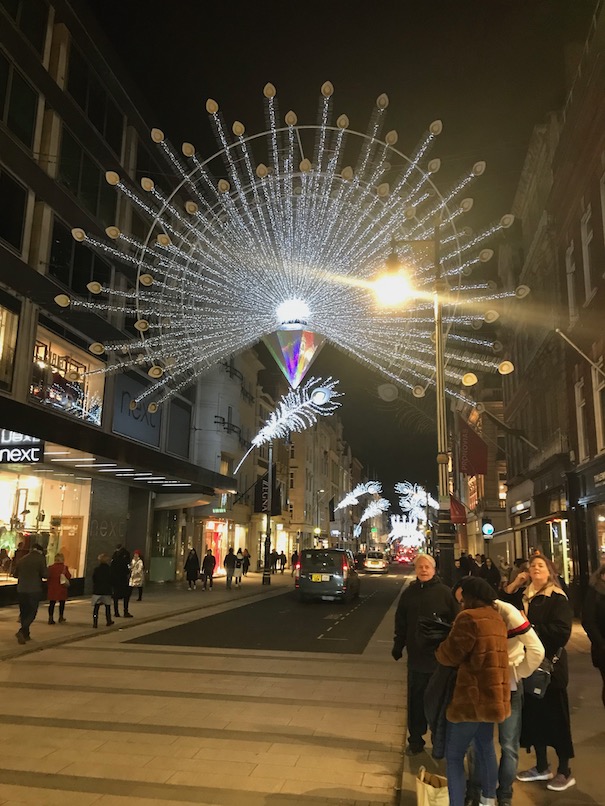 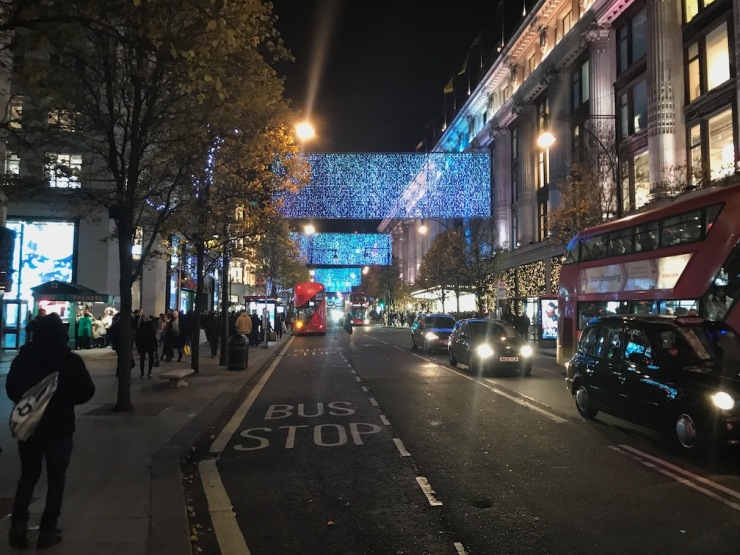