Donald Trump and I are in London at the same time. Pity.

I’m staying the Rubens across from Buckingham Palace. He’s not.

First day was marred by jet lag, but I slept well and feel better today. Weather in London is cool and cloudy but rain is not predicted. I will walk. Probably around Hyde Park and down by Knightsbridge Street to see the shops in their Christmas best. Even when it’s not raining in London, the streets are always wet—there is just always so much moisture in the air.

I had a terrific pizza last night at a place called Sicily—just a few blocks from the hotel. It was what I needed on a cold jet-lagged Saturday evening in London. I started with Prosecco and calamari and then a nice pizza with delicately flavored fennel sausage and red onions.

On the walk back to the hotel I passed a bus stop. There were 4 black ladies waiting for the bus and they all had their hair in curlers and it made me smile. I remember as a kid how common it was for women to walk around with their hair in curlers, but it is not something you see much anymore. It was still plenty early so I imagined these ladies were heading home to finish up their primping and will release their hair from shackles and go out on the town. When I lived in Namibia, Benjamin would sometimes bring home girls and they would sit around the kitchen table, usually with one getting her hair braided or put into curlers, while they chit-chatted and giggled.

Earlier tdoay, at the pub, I had a couple of glasses of Guinness and watched Northampton and Leicester in the rugby Premiership. I watched these two teams in person I think a few years ago, but could not find the blog post to make sure.

Back at the hotel, an older gentleman, perhaps 62 or 65, held the door for me and when I said thanks, he said ‘you’re welcome sir’. That made no sense at all—that’s my line. 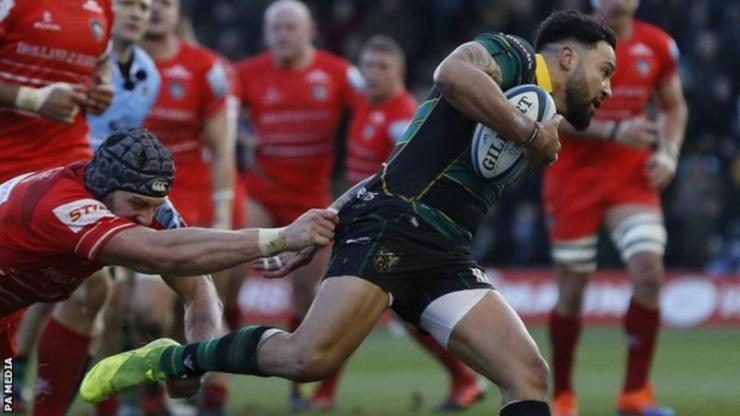 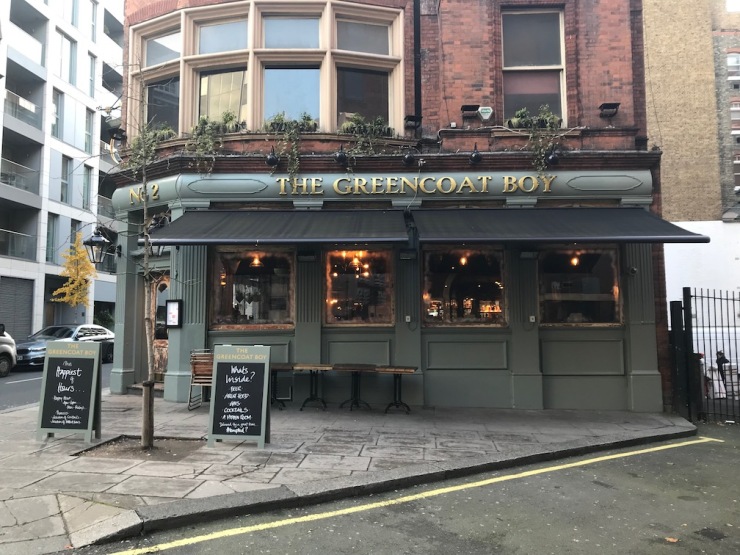