Combined leaving Vertiv party and FNM at the Lizard Place just near the office. So a few irregulars made the scene.

At least I left on a high note. The deployment went fairly well all things considered. Not perfect, but not bad.

Anil martini’d up with me. Ketel One with a twist.

Other players are Doug B., myself, Anil, Johan and Scott T.

Good night and a fitting farewell for my short stint at Vertiv. I was only there 6-months but it sure felt like longer. I feel a little bad as I expect their problems are about to get a lot worse rather than better.

But onward now and north to the Lake and Browns and Cavs and Indians and whatever else is in that part of the world. But first packing and looking for a house and all that sort of stuff. 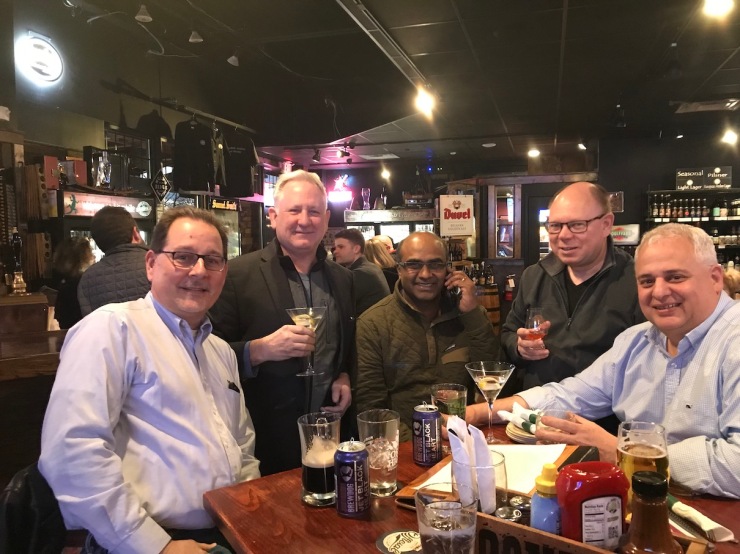