How far we’ve all fallen from the Catholic tree. At dinner the last night my sister casually mentioned she is an atheist. This is the sister who volunteers about 150 hours each year to cook for the Catholic school, both Catholic Churches, helps with multiple church fundraisers and even does a special meal once a year just for the priests. Go figure. All of us kids have quit going to church, but seems Terri jumped straight across the spectrum, bypassing skepticism, agnosticism and going right to fuck it.

And, more crazy shit on Christmas. It’s been 30 years or so since dad drank. He quit because he went on medicine for arthritis and he was not allowed to drink while taking that medicine. So…..the doc changes his medicine and Dad immediately joins a wine club. Christmas Eve, he made a valiant effort to keep up with his kids and their friends, all hardened professional drinkers. Result, getting to see Big Ed Falling down drunk. Slurring and unintelligible. It took is 10 minutes to get him loaded into my car and another 10 minutes to get him out of the car and into the house. He fell in the bathroom. Mom and I finally got his sweater and pants off and got him into bed. We went to the living room to have a nightcap and a laugh about the whole situation and after a few minutes we hear a loud crash. Dad rolled right off the bed and fell the 4 feet to the hardwood floor. We moved him to the couch and that’s where he spent the night.

Lots of work drama leading up to the holiday. I had been doing some phone interviews with a hospital system in DC area and Atlanta Children’s hospital. I received a very nice 1-year contract to put in Oracle cloud at the DC hospital system and on Wednesday afternoon informed my boss I was leaving. I immediately got a call from his boss and he said to hold tight, they needed to get the posse together to see if they could come up with a counter-offer. Out of courtesy more than anything, I said I would wait to hear back from them before accepting the contract. Then about an hour later another exec showed up at the pub where I was having a final holiday get together with my folks. She had called a few times but I had my phone off as I did not want to be in the parking lot talking on the phone all night while I was supposed to be chatting with colleagues over a holiday drink. Anyway, she came in and told me ‘no way you’re leaving Cleveland Clinic’. She said they would come up with something. I honestly had no faith the Clinic could react quickly or to the extent necessary to be comparable with the consulting gig.

But I was wrong.

I got a call around 2:00 Thursday and it was a terrific offer. So I am still in Cleveland. I was a little torn about leaving anyway. Things are very difficult in our project right now and most of the problems we have are of our own making (technically they all are I suppose–but these are the avoidable dumb mistakes, which are the most frustrating). But we are close. Much closer than we deserve given how bad things were a few months ago. So I had some trepidation about leaving behind some colleagues who have worked very hard and followed my lead and we have clawed and fought our way back to a place where we have a shot at holding the line on our April go-live date.

I felt really bad telling the recruiter in DC I was not accepting the offer after verbally accepting. I apologized a few times and told him I really did not think the Clinic would react as efficiently as they did. As Kurt Vonnegut says, ‘so it goes‘. Just another chapter in the long career march to our deaths.

An updated photo here of Larry’s house. It is coming along nicely.

Monday evening, I had dinner and then spent the night with Sukanti, Pete and little Soni. Very nice night. Lovely friends and little Soni made me a handmade Christmas card. 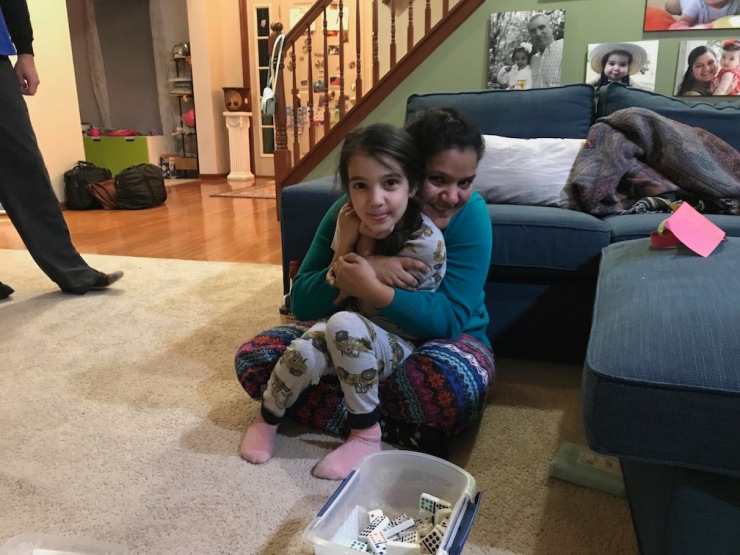 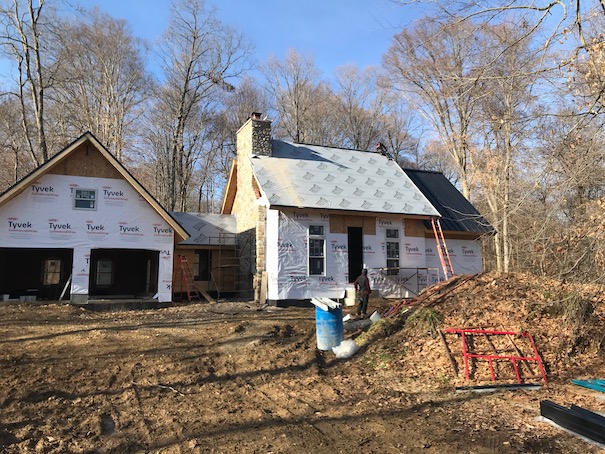 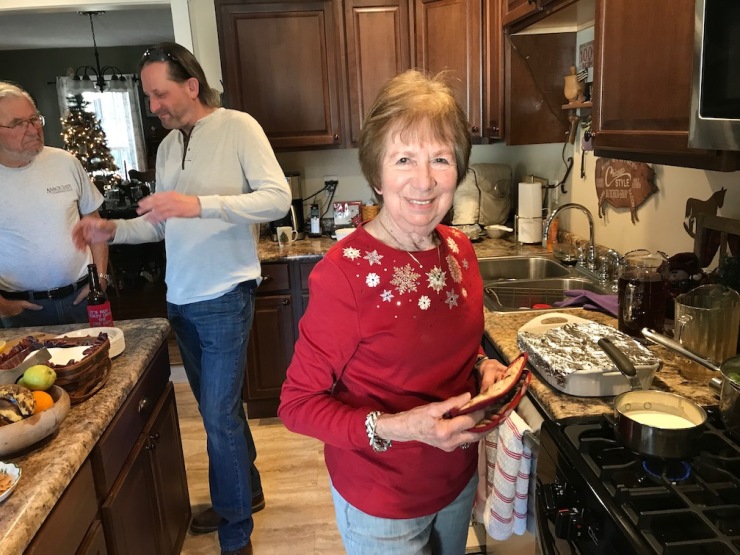 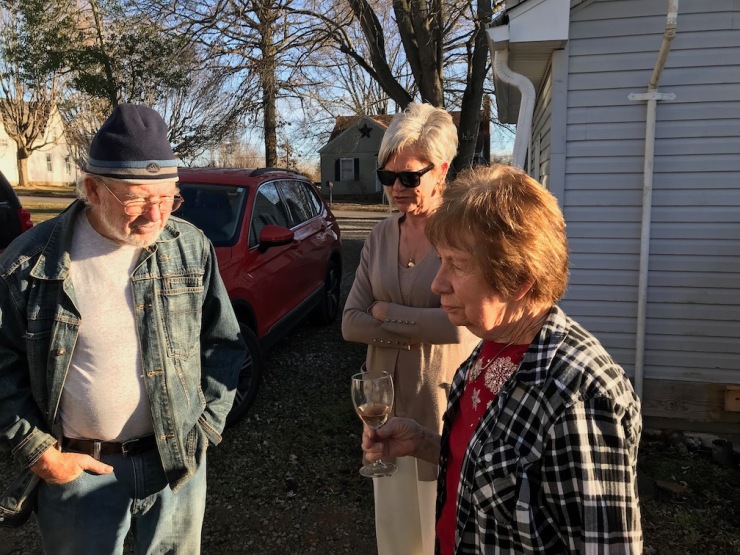 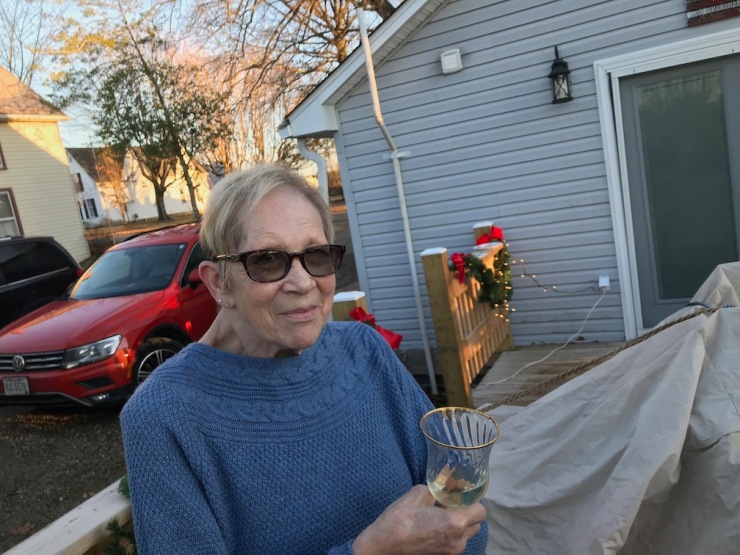 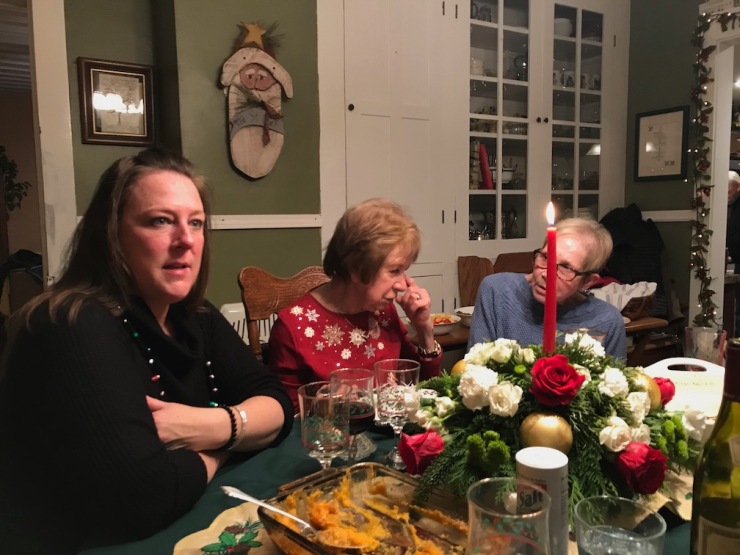 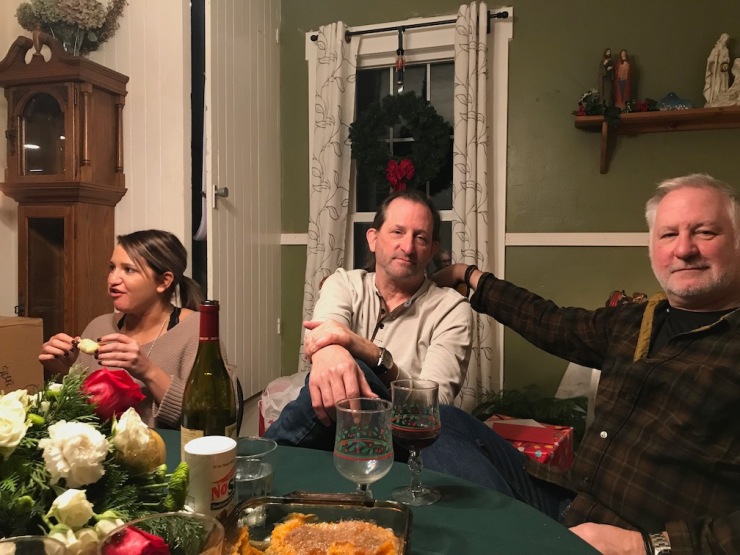 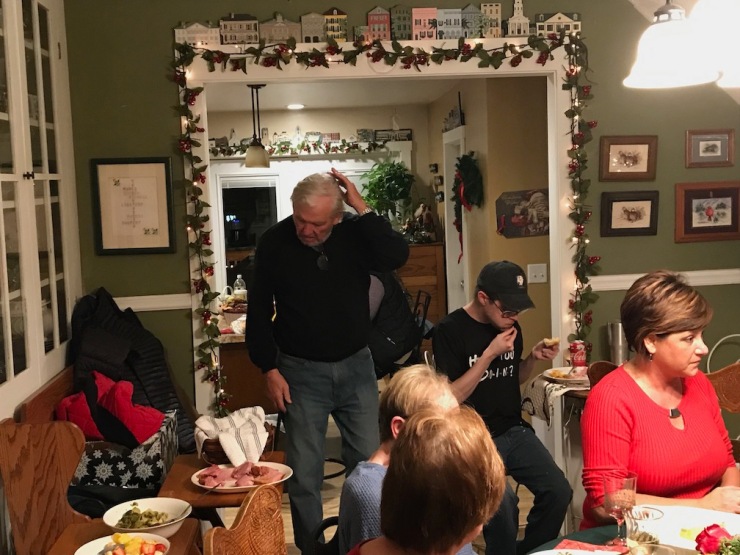 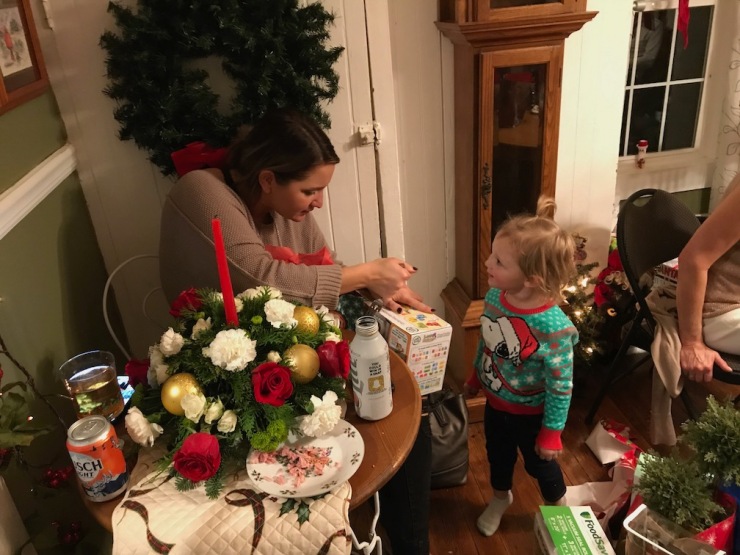