I busted out of work around 3 last Thursday and got to the camp at 6. Willow Creek Campground in Allegheny National Forest.

Pretty terrific weekend all in. Very low key. I had no cell service at all so was without news or access to information. So lots of reading and cooking good meals. I got in 3 good bike rides and two hikes. On Sunday, I rode only 11 miles, but there was a nice 3-mile climb at the front end. I stashed my bike behind a tree at the trailhead to North Country Trail where State Route 321 passes near Sugar Bay. The trail map indicated a 10-mile hike back to 321 at Willow Bay. But, as these things go, I started out going the wrong direction. After about a mile I figured out I was heading south and so backtracked and got myself sorted. So I added two miles there. Great hike. Very beautiful old growth hardwood forest that wraps around Allegheny Reservoir. The trail was very well marked and I only saw around 10 or 12 people the whole day. I was hoping to see a bear, but had to settle for a single coyote. I had a mile hike back to my car at the campground once I exited the trail, so 13-miles. Good day.

I drove back to the trailhead and fetched my bike and headed home.

Very interesting set of articles in news today set me to thinking. Turns out that generally speaking, the climate model predictions from some years ago are turning out to be conservative. Even the most dire predictions are now seemingly starting to appear to be short of actuality. In addition to average temperatures rising quicker than expected, sea temperatures are also rising quicker than anticipated. And all the repercussions and consequences that come with that new reality are beginning to manifest.

So now, as we all re-think our place in the world in relation to this new reality, what does it mean? Should I now become a vegetarian to reduce dependency on proteins which contribute dis proportionally relative to eating lower on the food chain? Should I give up seafood altogether?

In my time on the planet, I have always voted super liberal—hoping that my politicians attempted to be better stewards of the planet. Assuming, from the rhetoric and hyperbole, that my politicians did more to rein in corporate pollution. Maybe that was correct and maybe not—but the cursory review suggests it was at least the proper vote. And, I have always recycled when it was at least reasonably practical to do so. I was not a zealot, and still am not. But make it relatively easy for me and I do the right thing. And, I have no children. I love kids. And would love to have a couple. And the reason I don’t is not because I am an environmentalist and I think over-populating the world is a serious problem. I did not have kids because it just never came about in a way that made sense for me in terms of where I was in my life and relationships. But the fact remains, I have not contributed to the over-population issue, regardless of the reason.

So what are my responsibilities now. Now that we are staring down the face of serious environmental degradation and likely a diminished ability to maintain a reasonably healthy lifestyle for the growing billions of people. I try to eat meat only around 3-4 days/week. The other days I go for a couple of vegetarian options and a fish dish or two. So people who have 2-3 or 4-5 kids, do they have a responsibility to eat no meat at all? Do they have a responsibility to make greater sacrifices? Simply by virtue of having kids, who then have kids, who then have kids and so on…., there is a significantly magnified environmental impact by virtue of bringing more humans onto the planet. Each human, ultimately, simply by living, has a net negative environmental impact–some more than others obviously. How do we reconcile our responsibilities now, with the fate of the world 30 or 100 years from now. For the most part, I have been a better than average steward of my little corner of the world. Shouldn’t the people contributing to over-population do more? Pay a higher price so to speak? Almost nothing I do in my lifetime in terms of reducing my environment footprint will have an impact on me. So all the sacrifices I am being asked to make, are to support life for the kids and grandkids of the people around me today who contributed more largely to the overall problem.

It’s an interesting discussion. Sounds selfish to read on paper, but that doesn’t diminish its interest as a discussion point. It’s not unlike paying taxes to support schools as single person, while someone with a gaggle of kids reaps the benefits. Of course so does the country and community (theoretically). So maybe the key here is to view any sacrifice made for environmental reasons, in honor of the planet earth, rather than for the humans who are inevitably destroying her. Or better yet, for the millions of species suffering or going extinct because of the greediness and short-sightedness of humans and who have no voice or choice in this slowly developing catastrophe.

There seems an inevitability to a calamitous outcome for the planet based on our current trajectory and lack of political will to make larger, collective, institutional changes in how we create energy and how flippantly we treat the earth in general. So, any sacrifice I make in these last years of my life seem ridiculously inconsequential anyway.

Trump Crazy Train continues to roll.Speaking of environmental craziness. This guy is taking extreme measures to reverse even the smallish, incremental gains we have made in environmental policy and regulation these past few years. He truly is a lunatic.

Daily drama fills the papers. Formal impeachment inquiry is underway. Rudy Giuliani is on TV daily, digging his own hole deeper and deeper. No one even knows what role or title this nutcase carries these days. Sort of a private lawyer to Trump, but appears to somehow, kinda-sorta, also be part of the administration. I am reminded of the time I was in Namibia and there was a big advertisement for an event where you could pay the equivalent of US $80 to go to the Windhoek Country Club to watch a video broadcast of Giuliani giving a speech on leadership. Amazing. I am sure some poor suckers paid up for that valuable life lesson. Giuliani has always been a dim-witted thug. The only reason anyone even remembers him now, aside from his Trump bromance, is because he happened to be Mayor of NYC during 9/11. And his geographical proximity to a tragedy made him an international sensation. No other reason. If someone else had been mayor, they would have been acclaimed instead of Rudy.

Anyway, the Trump news cycle will continue for some time I imagine.

Great quote in the Guardian about Nancy Pelosi, finally, reluctantly it seems, agreeing to formally kick-off the impeachment inquiry in the House.

“Nancy Pelosi, the US House Speaker, might sympathize with the quote attributed to nineteenth-century French politician Alexandre Auguste Ledru-Rollin:”

“There go the people. I must follow them, for I am their leader.”

I’ve booked my trip to Namibia. Time for another visit. A very short trip this time. But money and time are in short supply at the moment. So a week will have to do. I leave October 17 and return the following Sunday. That will give me a few days in Windhoek with Beverly and the alumni and then 5 days in Swakopmund and MYO. Not looking forward to the long flights, but am looking forward to being there.

There are some random photos here. One, is of my colleague Jessica’s dog. Her name is Cookie. A very very sweet and cute little hound. She is older. She has an underbite that gives her a unique look. Just the sweetest dog ever. I made some delicious meatballs and put them in the freezer, only to discover I had a bunch of meatballs already in the freezer. 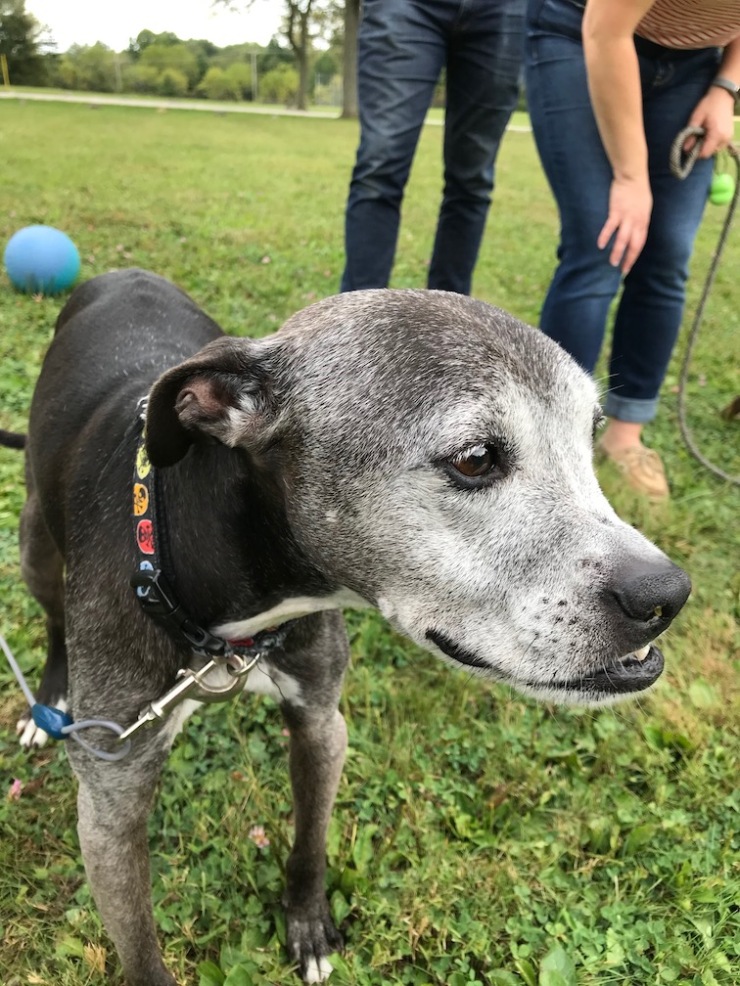 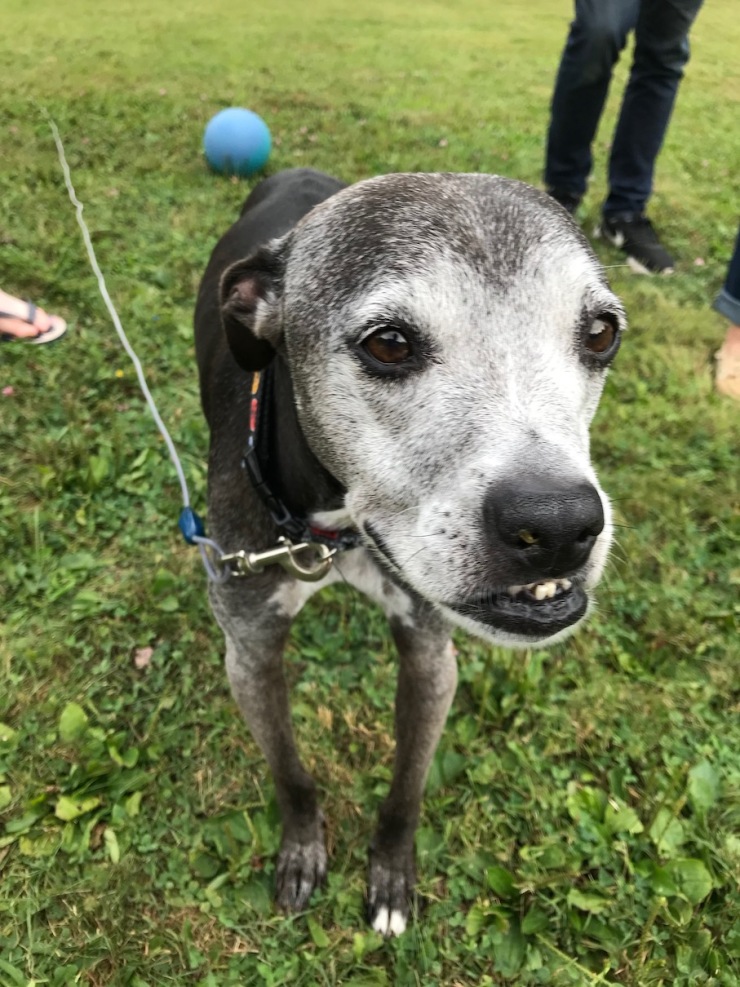 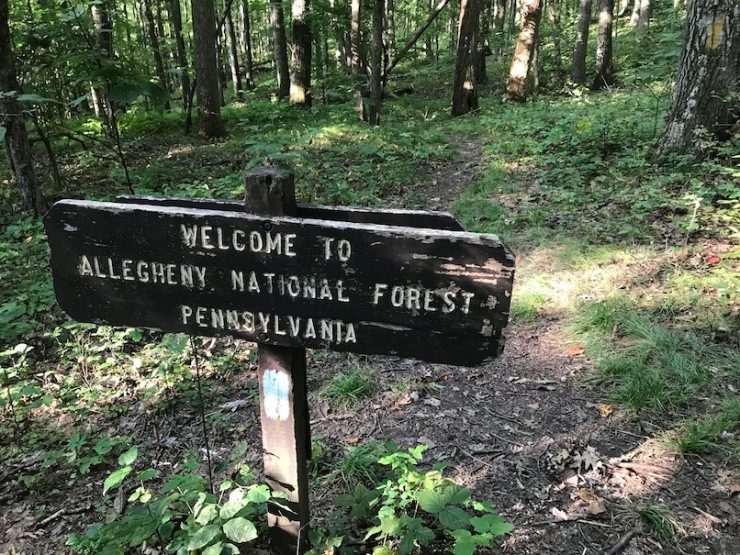 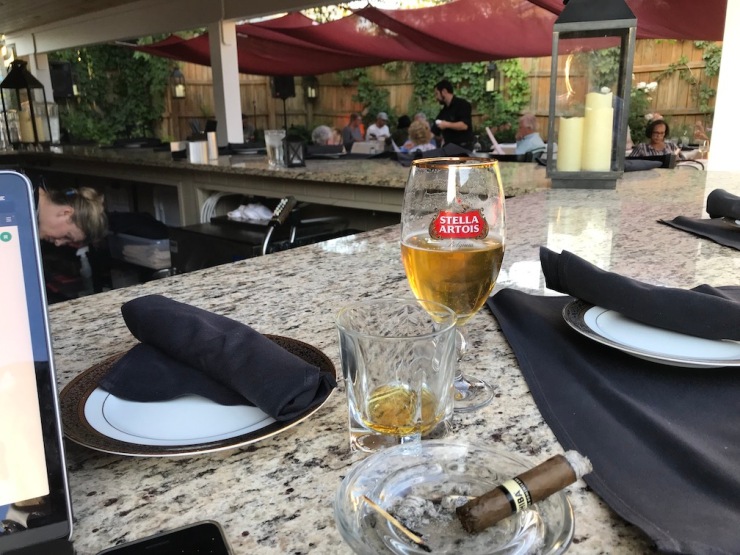 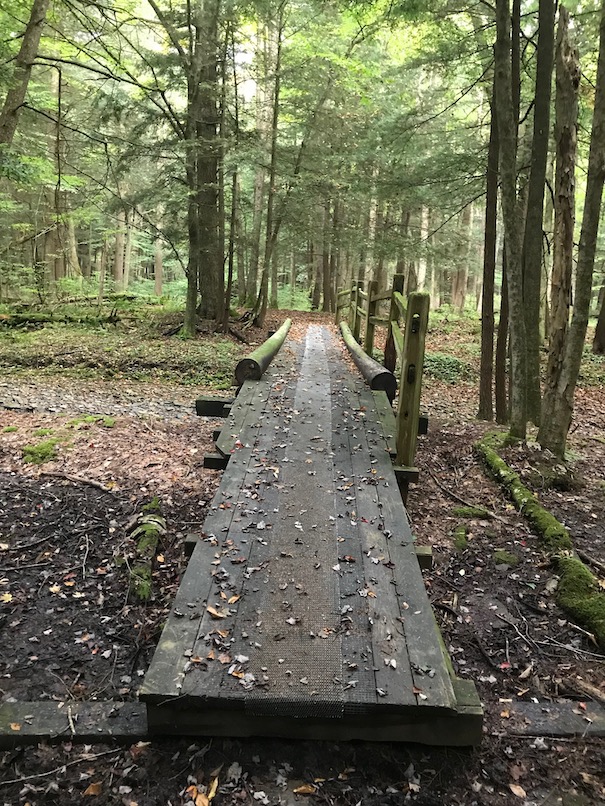 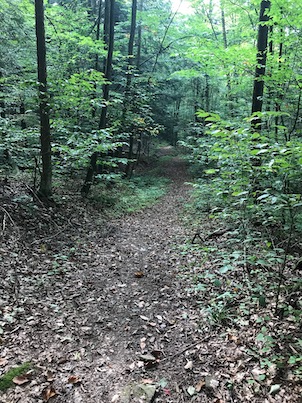 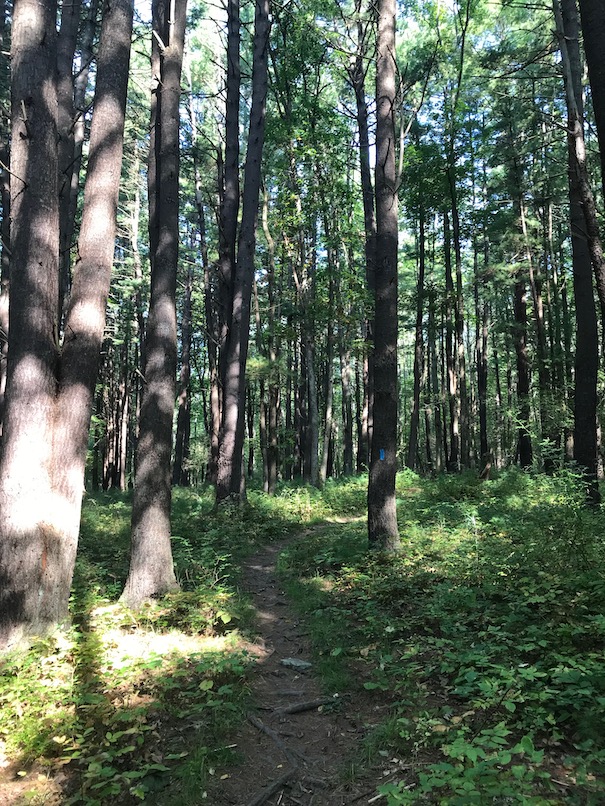 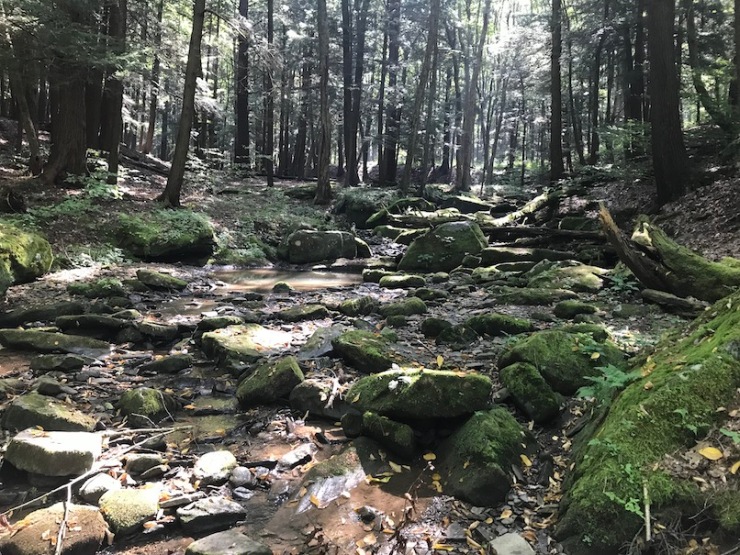 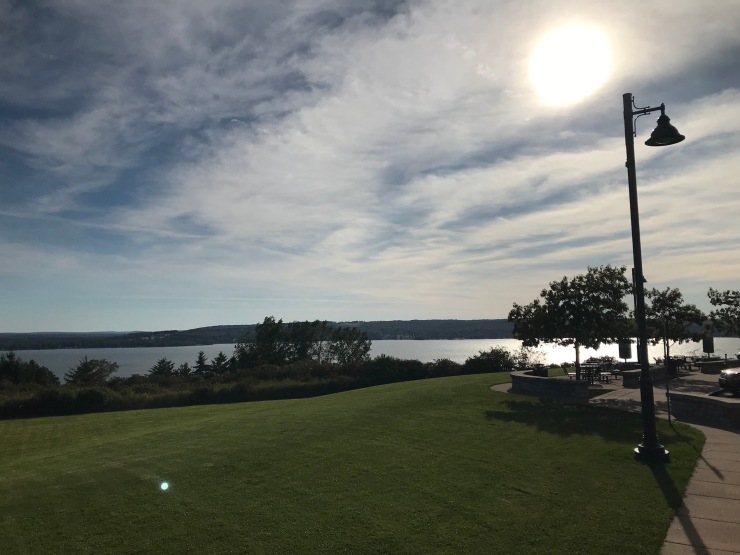 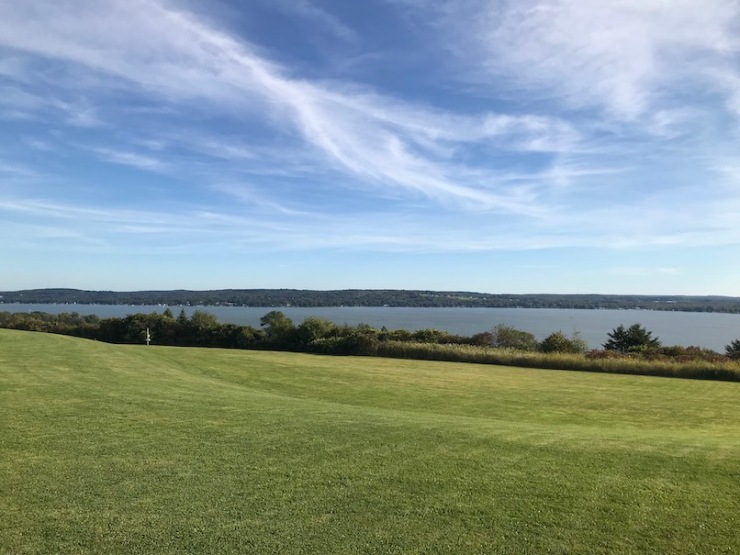 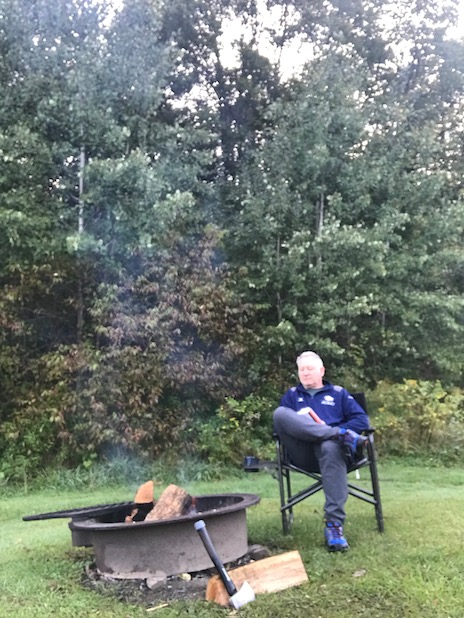 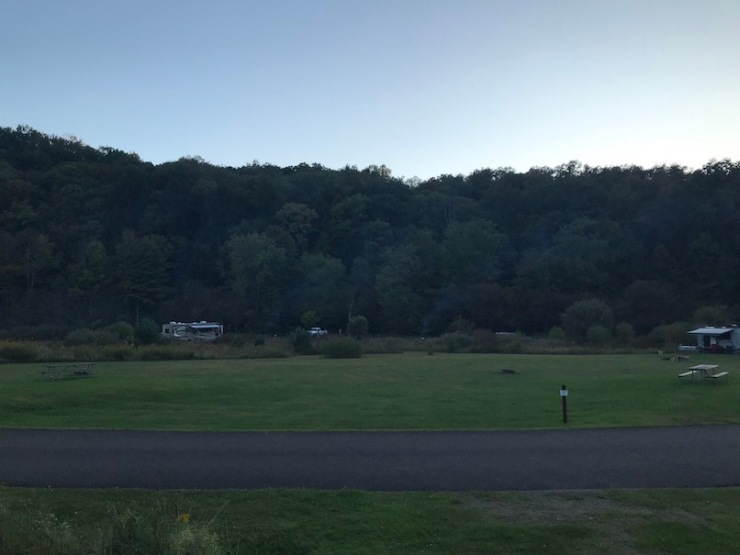 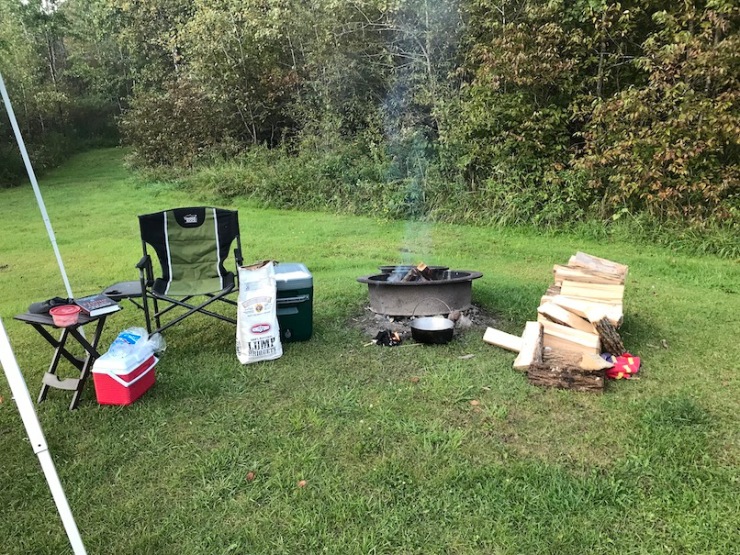 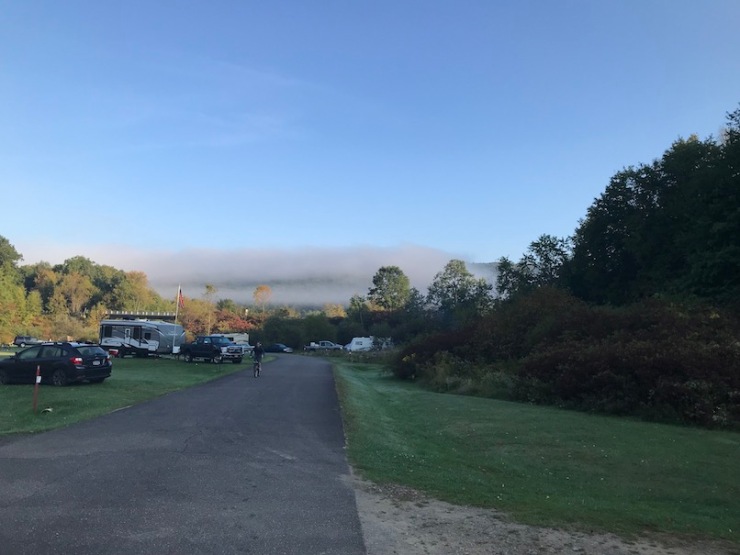