Trump madness continues. On and on. An article was published in NY Times on Thursday that highlighted the fact that our government is now encouraging development of further drilling for oil in Alaska’s pristine wilderness areas—specifically the Arctic National Wildlife Refuge. This comes just after the news this week that for the first time in history, we generated more energy from renewable sources than coal. So even though we no longer need more oil, we are encouraging the destruction of this beautiful area anyway. Just so Exxon and Mobile can make even more money.

I’ve spent some time in this area. It is stunning. I’ve tried to put down in words an expression of this area.

It’s heartbreaking that with overwhelming evidence we are slowly choking Mother Earth to death, we continue with our destructive ways. How can it be that we elect politicians who are so ignorant and short-sighted? Well, I suppose it’s because they have enough supporters to keep getting elected.

Damn near perfect evening. Busy day at work, and that is unlikely to change anytime soon—but as long as I can relax a bit at night, I can take it.

I had no dinner organized, but started in with the confidence of knowing I had a full pantry, freezer, and refrigerator.

I took some Andoullie Sausage from the farmers market. I sliced a couple of links and cooked them in a skillet. Once they were mostly cooked through, I set them aside in a bowl, dumped most of the grease out, but left enough for flavor and put in some orzo with vegetable broth and a tablespoon or so of tomato paste and diced tomatoes and fresh garlic. I let that cook until the orzo was just about done and then added fresh basil & thyme, salt & pepper, capers and some big-ass frozen shrimp I’ve been hanging on to. When the shrimp was almost cooked I added the sausage back in and Voilà, a magnificent impromptu creation that I had with the last of a white burgundy that was taking up space in the refrigerator door.

Later I moved outside and had a Cohiba blue band with a short glass of 10-year old smokey, peaty, Laphroaig. It was still hot outside, but not unbearable. Sun is down so just sort of normal midwestern humid evening.

I’ve been reading like a madman. And good thing, because I keep buying books and they keep piling up. And the reading comes at the expense of writing and playing guitar and building canoes, but I’m enjoying the reading so carrying on for now. Projects will have to wait.

This morning I had a personal message from the office of the First Lady of Namibia. She wanted to know more about MYO and I am only happy to oblige. I wrote a response and will anxiously await a return. Unlike FLOTUS, FLON is a well-educated lawyer and very well regarded as a smart, modern, woman of action. Known for her brains, not her ability to catwalk or blow rich billionaires to get them to the alter. I am excited about the possibilities. FLON has the ability to introduce us to some of the larger NGO’s who have agenda’s similar to ours, but need vehicles to execute on their mission. I’ve long known that if we could get the right partnerships in place, then we could scale our operations to much greater effect than our current 125 student capacity. So we will see what comes of this.

Really great visit with mom and dad. They met me Wednesday afternoon near my office in Beachwood and we came home and made a fabulous dinner of smoked chicken and fresh corn salad. Pear and cheeses for dessert. On Thursday, I tossed pasta with capers, red peppers, onion and fresh garlic and topped it with lovely meatballs. Both nights we sat outside and chit-chatted and caught up on everything. They left Friday morning just after I left for work.

Heading to Niagara Falls today for the weekend and to meet up with my friend Cindy. 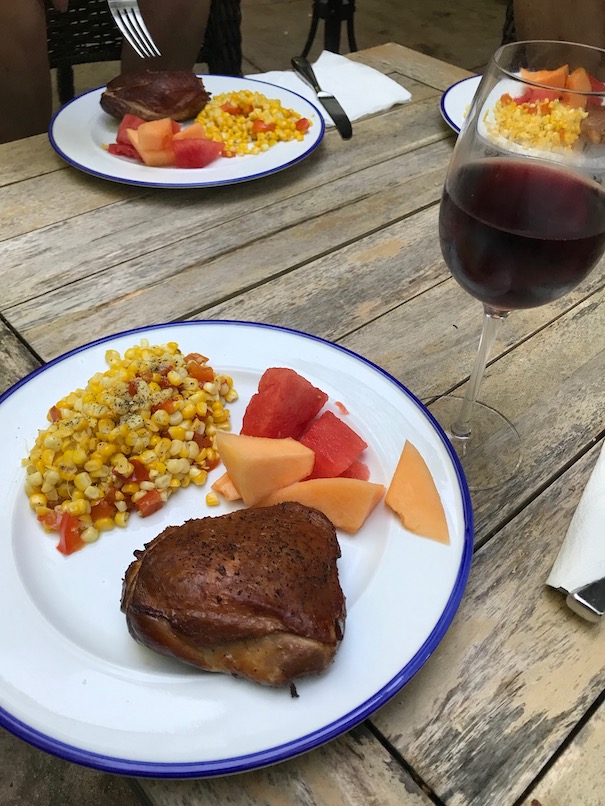 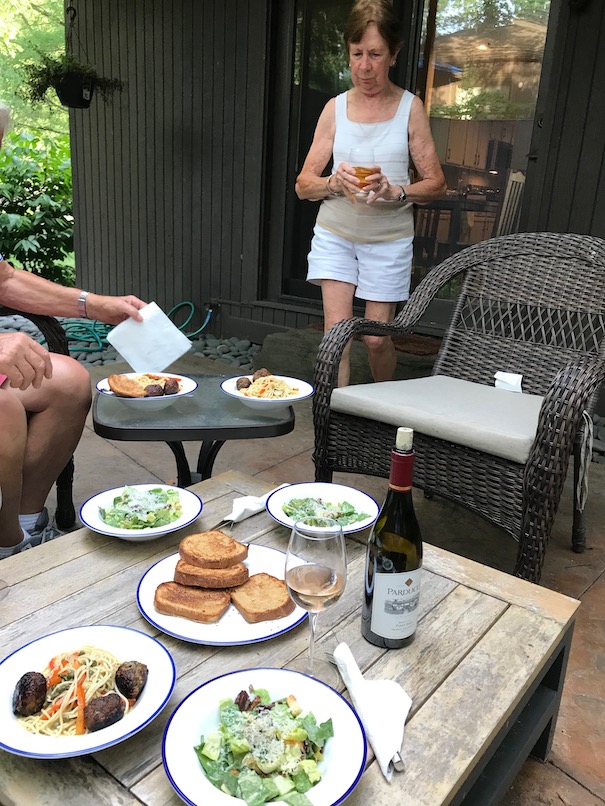