Busy week. Way too busy. Back to early morning meetings and days that bleed past 6:00 before getting out of the office. There is just no way to get the work done without putting in 55+ hours. I generally read about 30% of my emails. If I read them all, that would be all I got done. I am in meetings pretty much straight through from 8am to 5 so work gets done before and after and sometimes during. Mostly double-or triple booked and I have to choose which meetings to attend and which to miss.

I am not alone of course. This is the new American model for exempt workers. Pile the work on and if you don’t want to do it, then someone else will. We are all burdened by debt and fear and so are slaves to jobs. Even when we know better, we take on the big mortgage and the car payment and all the other material things that are vital to happiness and which then bind us to our employers. Perhaps Thoreau had it right, although I suspect a forensic examination of his life would expose flaws in his approach as well.

And this. I nearly always am in mid-level management hell. Just the way my self-sabotaged career has unfolded and I am at peace with that. But was cracks me up is that every boss I have had for the past 20 years has always thought they were a great negotiator. Even my ex-wife who was actually more terrible than most. And yet, in my role, I am constantly picking up the pieces of contracts that were poorly negotiated and managed. Nearly every amateur thinks it is exclusive or primarily about price—and yet there is so much more that affects the price but gets little attention in negotiation phase. And the truly smart negotiators get this and allow the less enlightened to win the first battle or two while they lay the groundwork to ensure they win the war.

Anyway. No secret that big corporations are bloated with egotistical average performers. They shine only in their very small pool of similarly dysfunctional peers. Not everyone, of course. I bump into some very fine folk and of course am daily burdened by my own flaws. Including today when I lost my shit on an exec who I disagreed with and did myself some damage when I could have handled the situation much differently and got a better result without the blood loss. So I have given up some hard earned political capital because I had not properly prepared myself and not properly visualized how that part of the meeting might have went. And so a 1/2 step back with that person who I need to advance my work and succeed in my commitments.

Home on the deck now. Beautiful night. I ubered to the shop and picked up the R1200 from maintenance prison and rode around the city for an hour. Got some take away and ate at home with wine and the NY Times and am now out back with the bottle of Dalwhinnie 15 and my last good Cuban cigar.

I’ve slept very little this week and so envision some naps this weekend when I can let work stuff go a little more completely for a bit. I tell myself that my sleep issues are work related which I know to be only partially the true.

In my house, I have my turntable on a side table against a wall. And today when I came home my eyes fell across Warren Zevon’s ‘Excitable Boy’ LP. And that led to my thinking back in time to my introduction to Zevon. So that was in Orlando in 1982. I was in Nuclear Power School in Orlando in the Navy. At that time, we had school every day from 8 – 5. Math, Physics, ballistics, Thermodynamics, Chemistry, Reactor Principles and other such shit. All the stuff one needs to know to run a reactor 500’ under the surface of an ocean. But, we also had a mandatory amount of hours to study on top of that each week. This was monitored study where we signed in and signed out with a proctor. Because my grades were perpetually sub-par, I was on a 30-hour per week study cycle for most of my time there. Which meant my effective working hours were 70 hours per week. A few had more, a few had less, but we were all generally adhering to this basic work cycle. When the university credits were added up, it was essentially two years of hard sciences applied in 6 months.

So, when we took a few hours to ourselves, they tended to be concentrated fun bombs of time. I was only 19 at this time, so of course had plenty of energy and could easily survive on only a few hours of sleep each night. Every hour asleep was an hour not prowling a pub looking for fun or trouble—usually found within a short reach of one another. No one got more bang for their buck in non-working time than me. There was rarely a night that I didn’t close a local bar. I would get back to my room at 2 or 3 and be up at 7 for Navy shit and then class. Day after day after day after day. I drank beer and whiskey like water back then. It was nothing to me in those days to have 10 or 12 beers and 5 or 6 whiskeys on a work night, and be at my desk in my pressed uniform at 7:30.

Anyway, on one Saturday night after clocking my hours in mandatory study, I met up with a bunch of classmates at a friends house who happened to live off base (a big deal at the time) and who was married. Married life, or even committed relationship life, was at that time completely foreign soil for most of us. So we were a bit enthralled to go over and have a proper meal in a nice setting. But this fella, who if memory serves had been a music major at University of Indiana before joining the Navy, plated up Werewolves on his turntable. And we were transfixed. At the time, my musical tastes had primarily been influenced by my parents (Haggard, Cash, Jennings, Denver, Robbins) or my brother (Queen, The Who, Zeppelin, Lennon, Boston). I had very little experience between these extremes. And then here comes Warren with Werewolves, Roland, Veracruz, Lawyers Guns & Money, Tenderness and Johnny Strikes up the Band. This was crazy shit at the time and I dug it. I was and remain a fan. I read his biography a few years ago. Authorized by Warren and written, brutally honestly, by his ex-wife. Super interesting life and cool guy except for the abusive husband and generally dickish behavior bits. But then, how many of us can say that given many millions of dollars in our 20’s that we would have had the wherewithal to be great humans?

So I listed to side 1 and then side 2 of ‘Excitable Boy’ tonight.

Pretty good day today. Got through a tough exec meeting and got a lot of support for a realignment. Dancing around the difficult subject of how we got to this spot and focusing on how to get out of it. Very nice people for the most part, but as they are all professional executives, it is acutely obvious that they all are focused on their individual careers and every discussion and decision must make its tortuous path through that filter.

I write these types of observations not because I want to sit in judgement. But I truly want to understand what motivates people and how those motivations influence broader organizational behavior. And in spite of all the new-age, team-building bullshit of the past 20 years, I still find that the biggest constraints of organizations is that we have not figured out how to deal with the vanities, egos and natural instincts to try to step on a colleague’s head if it elevates you a few inches above your peers. All in the quest for that coveted Senior title or executive title or, lordy Lordy ‘Chief Executive Title’. And with that of course comes riches and instant happiness and peace of mind and gratification. Oh. Sorry. Meant to say more ego-fueled anxieties and all the self-induced drama we see by the rich class who don’t have the intellectual or emotional maturity to deal with their station in life. Those poor bastards who actually start believing their success is valid and based on their own intelligence and ingenuity and wisdom.

These big organizations simply cannot get out of their own way. I’ve been dealing a lot with sourcing and procurement as that is one of our pain points. I spent a very painful hour yesterday from 7am with a lady who truly believes she is brilliant because she every day executes against a set of activities any one of us could have done in high school. Seriously super basic shit that she believes she invented but which is practiced daily by many tens of thousand of other procurement specialists around the world every day with the same enthusiasm. I mention the 7am only because she was very proud of the fact that they start early and thought that would intimidate me. Difference is of course that she leaves at 3 and my group leave much later. Not that it’s a contest of course.

Generally speaking, corporate procurement truly believe they are helpful—but in nearly all my projects I can get better talent and better terms to what the experts negotiate. I find myself often in the position where I have to try to get an inferior consulting organization to try to perform; they are usually one of the very large firms and are charging a 30% premium for their logo and they load the project up with a few B players, a bunch of kids right out of college who have limited value, and sometimes, if I throw a tantrum, an A player or two. When putting together these big programs, one of the most important things that should be done is to facilitate a process where procurement can be sidetracked in favor of letting people who know how to run big projects do the sourcing. You can never get around legal, but at least if you let the people who have to work with the organizations selected be a part of the conversation, you have a fair chance of succeeding.

Anyway…no real news of note. Hard to live an interesting life when bogged down in corporate nonsense. But lord knows I try.

Did I mention that I picked up the R1200 today after work. I left the shop and headed west towards downtown and just rode with no particular destination in mind. Eventually I got hungry and turned east and found the lake and eventually home.

Cigar is about done. As is the whisky. But a day remains in the work week so I will decline a refill tonight.

Feature – I am a book hound and great lover of bookstores. I found a nice place last week called Macs books. 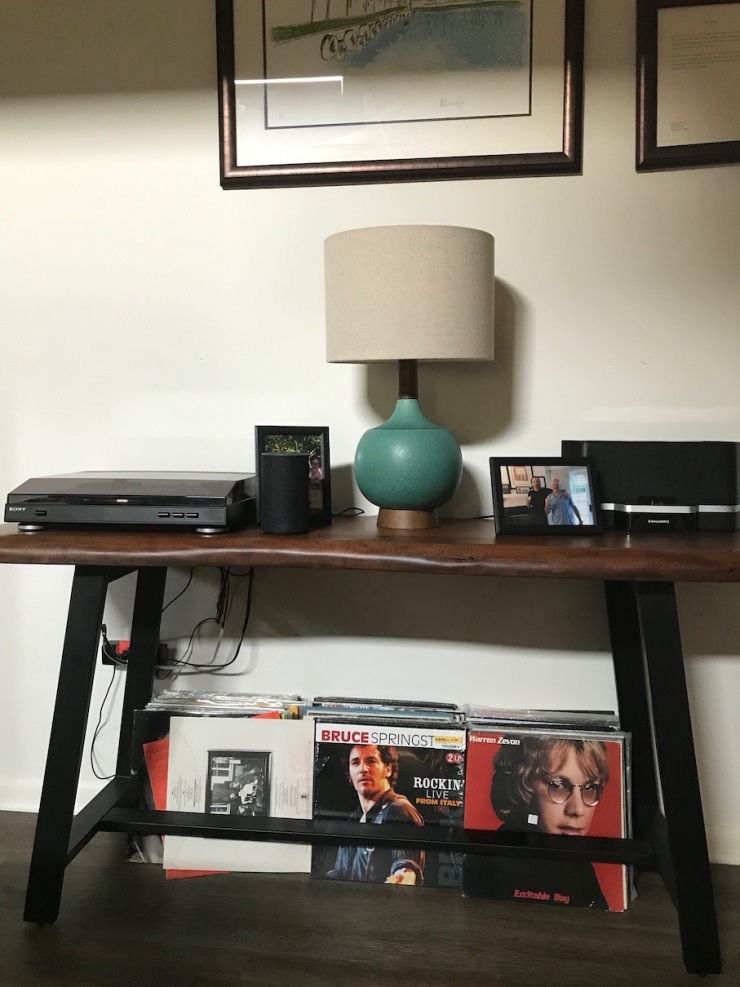 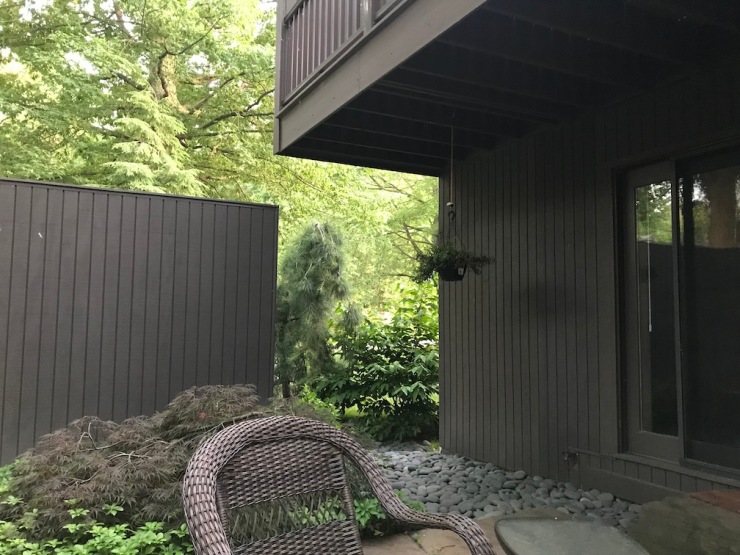 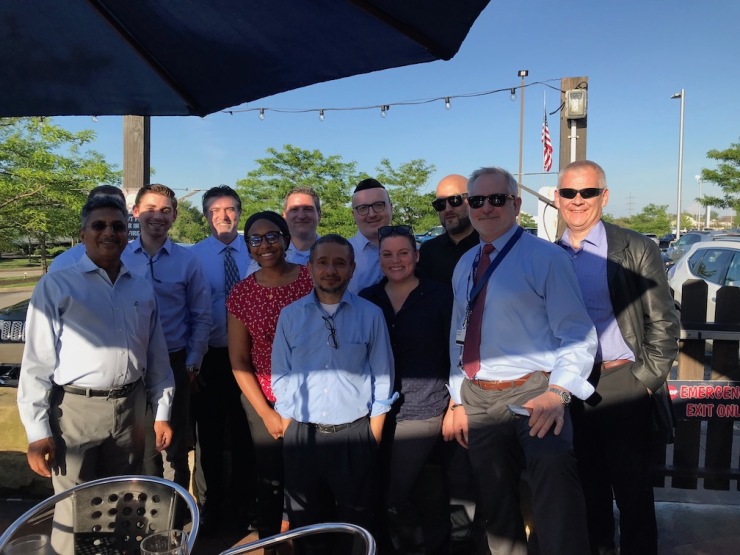 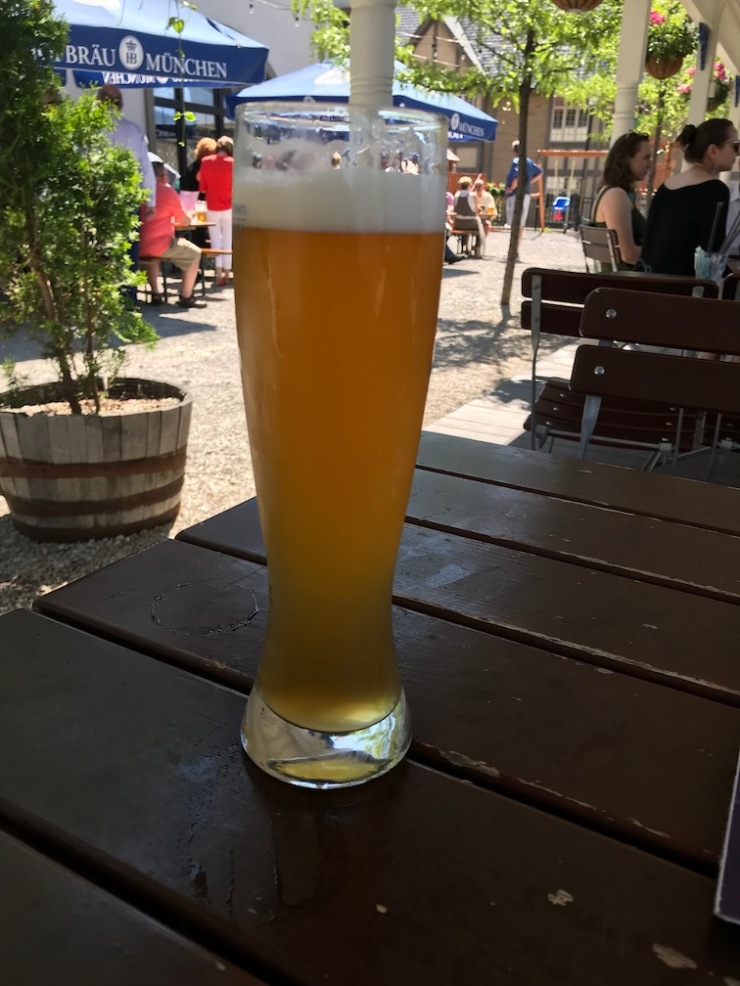 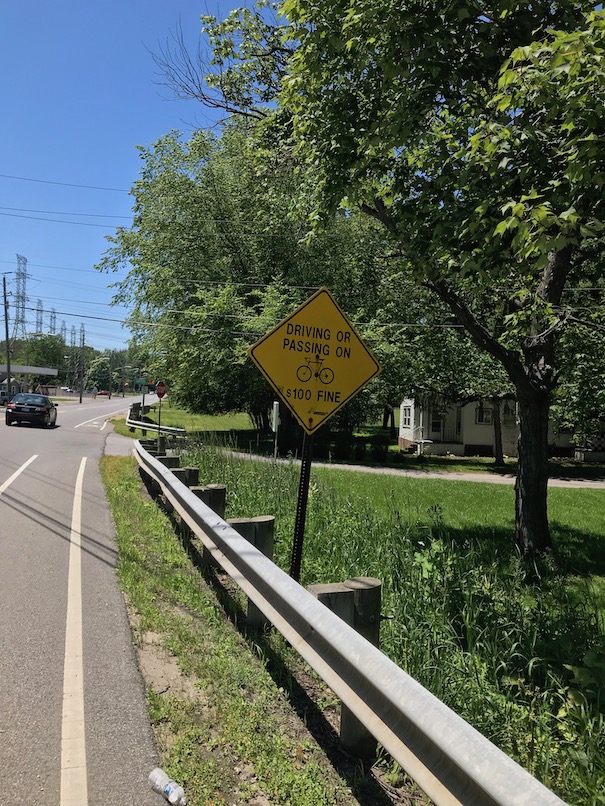