A good day. A normal day. Which feels immensely great after a month of hotels and living out of suitcase. And packing, and always, the dog-gone stuff. I was tired because I did not sleep well last night, but I feel somewhat normal tonight, which is just a good feeling right now. It is nice to be back in the kitchen, even if it’s just simple meals. Tonight a very nice pork chop with asparagus and sautéed mushrooms. After, there was a lovely pork chop bone that two weeks ago I would have slipped down and into the mouth of the little dog. She did love her bones.

I had a couple of really great cheeses for dessert with a nice Pinot Noir. A good stiff Stilton and a triple cream French cheese on a toasted baguette. After, a good Kentucky Bourbon from the top shelf. Feels good to be back in my own home. Even if still not completely settled.

Missing the dog, but adjusting. Dealing. Reflective, but with an eye towards moving on. It’s the small things I notice now. When it was time for bed, we always had a ritual. Since she was a pup, we would go outside just before bed and have a pee. When we were in Idaho, this included Kyon. Then, we would go upstairs. Dela leading the way, looking back to make sure I was following. When I went in to brush my teeth, she would sit at the door to the bathroom watching—it was her nature to not let me out of her sight if she could reasonably avoid doing so. When she got older, and could no longer get up on the bed on her own, I would lift her up while I went in to brush my teeth. But even then, she would not lie down—but rather sit and watch the bathroom door from the bed until I came out. And only when I got in bed, would she then lie down and begin the relentless endeavor to snuggle so close that she pushed me off the bed. She simply could not be too close. And I never pushed her away.

I happened to be in an old building the other day, just south of the city, and saw this old industrial plant from a window.

Seemed an iconic Midwestern industrial scene so I grabbed it. A scene soon to be seen no more I imagine. 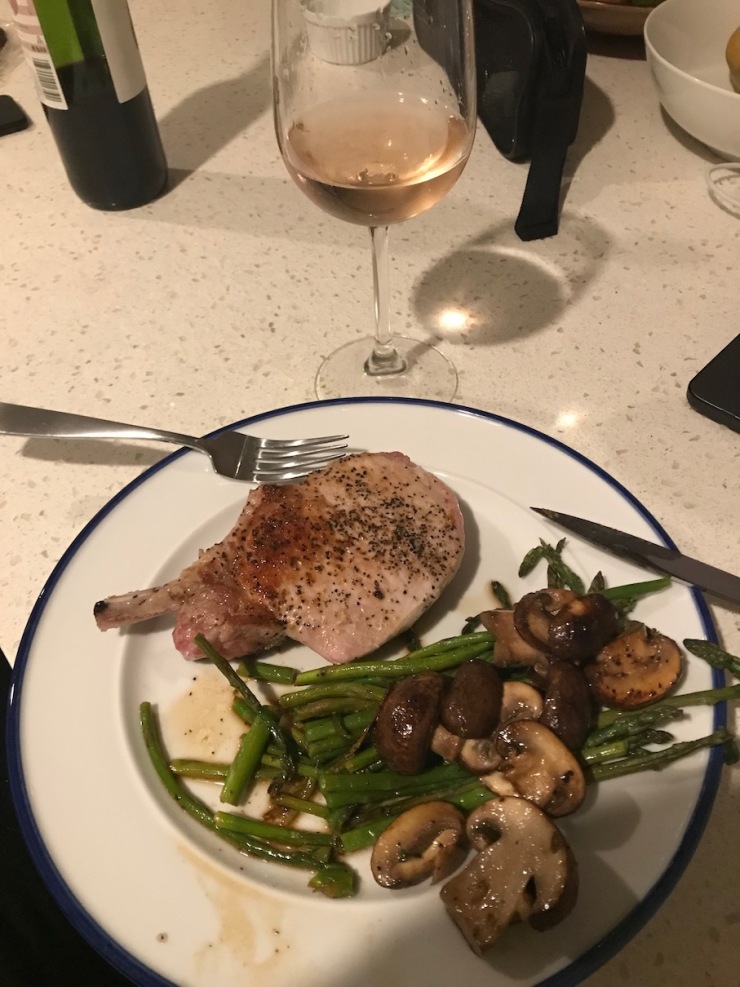