This was my first major project. In 1991, when I was 28 and a physics major at Idaho State University in Pocatello, I walked each day past a small abandoned building just a block off campus. Or rode my bike. I did not have a car. One day I decided that building needed to be renovated into a bookstore and coffee shop. I was always a book nerd, but at that time I did not drink coffee. But I had been in a few bookstores that sold coffee and it seemed a good combination. This was before Starbucks was really a thing. They were around in big cities on the west coast but I had never been in one.

I had zero business experience and did not know where to start. A realtor friend tracked down the owner and also referred me to the Small Business Administration. Paul Cox at the SBA guided me through writing a business plan, negotiating a lease and generally got me pointed in the right direction. At this point in my life, I was in school full-time but also working three part-time jobs; at Budget Tapes and Records, tending bar at First National Bar on weekends and doing about 10 hours/week in the physics lab in work-study program. So it took me a whole year to do the research and write a credible business plan. I even quit drinking for the year so I could stay focused. I was also playing rugby each weekend during the season.

I visited multiple bookstores and coffeeshops in the pacific northwest over that year. I found many owners willing to assist but most of my information came from Jon Bolton at the amazing Salt Lake Roasting Company and my friend Shanna Wroten, who at that time was working for Jerome Eberharder at Moxie Java in Boise. The beautiful Carla Green left B. Dalton Booksellers to come run the bookstore side of the business for me so I could focus on coffee and pastry. John Goddard, best damn bartender in the northern hemisphere came to work for me. We served up coffee in the mornings and rode mountain bikes all afternoon. Kelly Green and Maureen Farrell also came to work for us. Pete Cook, lead singer and guitar player in Center Street Reggae, the house band at First National Bar, wrote my point-of-sale program from scratch. Jeff Klinger spent the entire summer with me, working 12 hour days 7-days a week to be ready to open by October. Jack Webber did much of the interior carpentry. We knocked out a huge swath of the front of the building to put in windows and let in light. When a warehouse burned down a few blocks away, we were there next morning, while smoke was still rising from the ashes, to buy up used bricks for the outdoor patio. It was an amazing collaborative effort. I bought a bunch of hardwood from the school district when they replaced an elementary school gymnasium and that was what we used for the elevated eating platform. Dennis Proksa, owner and artist at Blackrock Forge made some beautiful railings. We won an award from the city for the most beautiful retail outdoor landscape that first year.

We had a crackerjack crew and the business was a great success. Right up until the investors got greedy and decided they wanted to quit their jobs to run a coffee business. They hired a lawyer to screw me out of the business. That was a hard lesson learned. But it took them virtually no time to turn an amazing, vibrant business into a dark and gloomy wasteland.

Still, I learned a lot. I loved designing the building. Turning an ugly, abandoned space into something beautiful. It was my first experience in designing and developing a business. While the eventual outcome was unfortunate, it gave me great confidence to know I could envision a project and turn nothing into something on a shoestring budget. Interestingly, the investors disregarded the advice of their own accountant who told them the worst thing they could do was to inject themselves into the business because it was going so well. But they under-estimated the great employees we had assembled and thought they could step in with their vastly different impression of the business and all would remain well. It didn’t.

Today, the building remains viable and is still a coffeeshop. Owned and managed by a different guy, who bought it from my investors.

Unfortunately, I don’t have any photos of the before state of the exterior building. But it was very similar to the interior state, so you can get a sense of the before and after both inside and out. 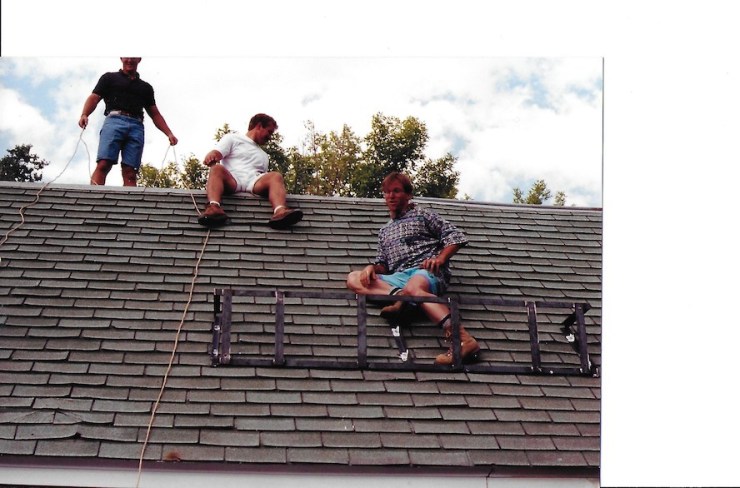 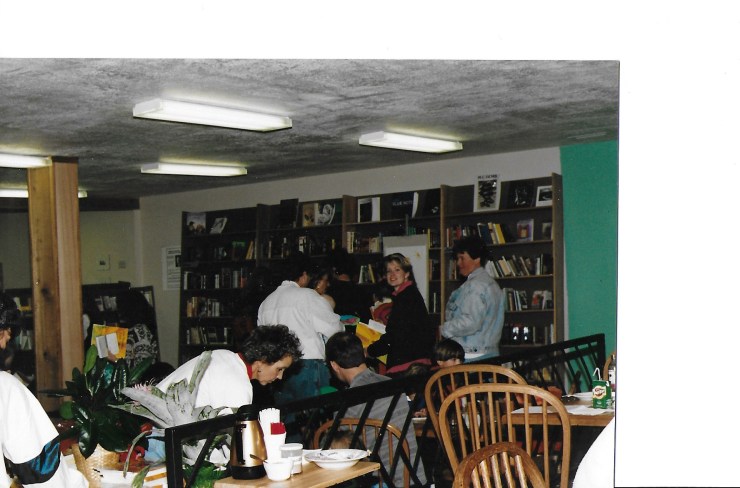 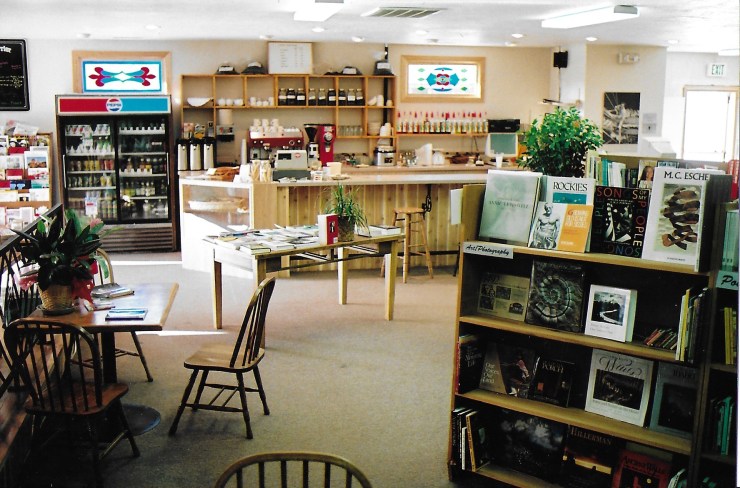 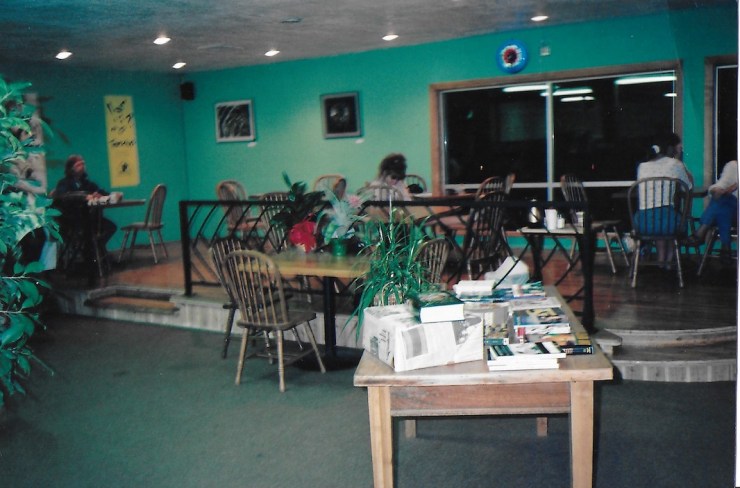 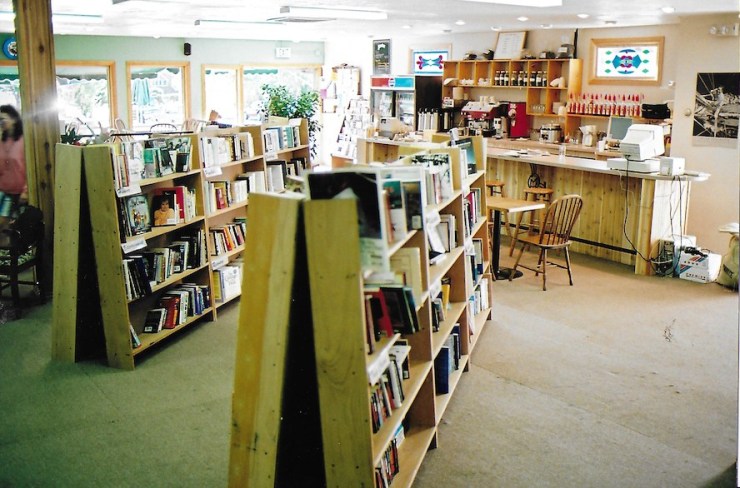 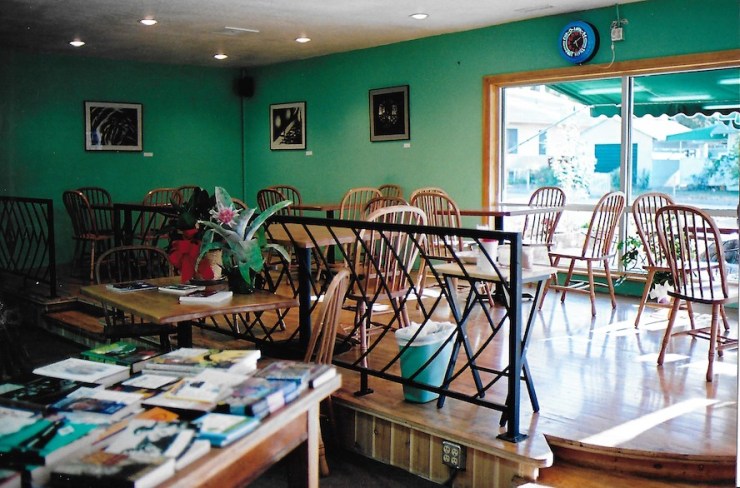 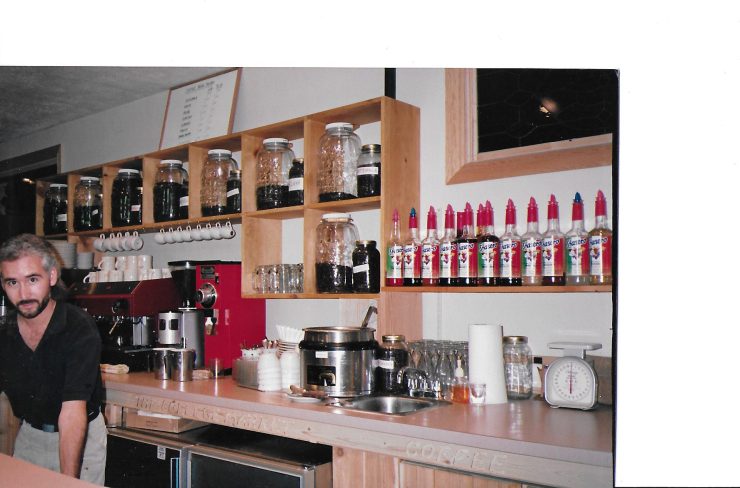