Well now some folks are born into a good life,
And other folks get it anyway, anyhow,
Well now I lost my money and I lost my wife,
Them things don’t seem to matter much to me now.
Tonight I’ll be on that hill ’cause I can’t stop,
I’ll be on that hill with everything I got,
With lives on the line where dreams are found and lost,
I’ll be there on time and I’ll pay the cost,
For wanting things that can only be found
In the darkness on the edge of town.

Springsteen – Darkness On The Edge of Town

I first heard this song and this album around 1984 or so. It had been out for a few years but I was just discovering Bruce. I lament the time I lost not having him in my life earlier.

I was semi-living near the beach in Ocean Beach, San Diego. Semi-living because a friend had a small one-bedroom apartment where he stayed with his girlfriend. But there were 3 or 4 of us that were always hanging around and the couch and floor were nearly always strewn with bodies in the morning. We were all in the Navy and all stationed on the USS Truxtun. CGN-35.

One night we were all sitting outside on lawn chairs and drinking and enjoying a little impromptu party with the neighbors in this little apartment complex. There was a middle aged gay couple living next door and it was the birthday of one of the guys and his partner had bought him ‘Darkness On the Edge of Town’. They brought their turntable and speakers outside and we sat and listened to it a few times straight through. It was late at night before we finished and the last time it was played, everyone had quieted down and so we for the first time listened to the lyrics. It’s actually an amazing album. Probably overall, his best for a single album. But of course it’s hard to have a favorite among such a massive collection. But this album has ‘Badlands’, “The Price You Pay’, ‘Racing In The Street’, ‘Prove It All Night’ and ‘Factory’. All total classics and the other songs are not to be discounted. It’s really about as good as anyone could expect from an artist. The characters on this album are mostly down and out but refuse to give up. About overcoming your circumstances. Pretty classic Springsteen of course, but really genius in the breadth and continuity of the album end-2-end.

This wasn’t my introduction to Springsteen—that came with ‘Born To Run’ a few years earlier. But it was when I fully realized his magic and poetry. He has the unique ability to tell stories that are essentially sad tales of yearning and heartbreak, but somehow come away with an overall positive vibe. Except ‘Racing In The Street’. That one is just hard all the way through.

Maybe all this Springsteen quoting is because I am not writing words of my own. My writing has always been borne from adventures and unique experiences. So in the mundane routine of day-to-day, the words just don’t rise to the surface in the same way. Also, I am lazy. I do have a million observations every day, but I don’t always take the time to craft the narrative and god forbid I put some words down that are not entertaining.

And the mundane comment is not meant to convey any sort of depression. I have a unique ability to be contented in most situations. So while I am sort of missing the occasional get away, I am not missing the hassle of travel. I do miss visiting Sjoerd and Onah in particular, and walking the streets of European cities, but that is not to say I am not pretty damn happy just going on my long walks, going to work, coming home and having dinner and relaxing.

I don’t even remember what the point of this blog exercise was in the first place.

This weekend was meant to be a time to get some chores and errands done. Since I can’t drink still, due to the antibiotics, might as well try to be productive. So, I did clean both of my bikes and change out the front tire on my mountain bike. I unplanted my little garden and chucked away the dying pepper, tomato, and herb plants and tidied up the back patio. But the main task was meant to be installing the ceiling fan. But my ceiling is 18 feet high. I called and found a place that can rent an 18’ ladder but then it wouldn’t fit in my car. Of course. So then I was staring down renting a truck for $39 to go rent a ladder for $40 and then rent the truck again to take the ladder back because no fucking way I would get this task done in 4 hours of the allotted truck rental time at that price. Also, working 18 feet in the air while home alone, seems dangerously irresponsible for someone who is not particularly scared of dying, but am keenly uninterested in a long slow painful death after falling 18 feet and not being able to summon help. And, I am just fucking scared of electricity. And, I found a dude who agreed to come do the job for $250 and that just seemed imminently reasonable. And I can contribute to the local economy. Win-win-win.

He was a nice kid and built like a serious athlete. Carmen. First generation Sicilian. Chatty as a high school girl but seems smart. Works full time at Lincoln Electric as a senior buyer but does handyman work on the weekends. Trying to get ahead. Wicked good looking kid and he said his girlfriend is always mad at him because he works every weekend on these types of jobs and just wants to save money to buy rental properties. That is his get rich slow plan—buy rentals. Smart, honest, hard-working young man. Glad I had him come put the fan in.

We are back at the office for work for the first time since I started this new gig. Good folks and good project. Normal internal politics, but my direct bosses and most of the execs are really good. If you gotta work, might as well have a view. Offices are on the 26th floor of Key Tower overlooking the city and Lake Erie, so I suppose there are worst places to have to pass the time. But it’s still work and it still takes a toll. The endless trade off of giving energy and time for the right to exist. Exist into a life that none of us chose, but the alternative is dubious.

I read that a credible scientist who is apparently taken seriously in certain circles, has predicted that there is a 50-50 chance that all of life on earth is merely a simulation, a game, being played out by some higher level intelligent species. So, drop a hit of acid and chew on that theory for awhile.

I am forced now to take a 7-day hiatus from drinking. Something I have not done for a while. The antibiotic I am on for this diverticulitis flare-up has a serious side effect when mixed with alcohol. So I am told. I trust my sister and she warned about not challenging this one. She knows me. I have quit alcohol for long periods in the past. When I felt I needed to. Once, when playing rugby for the Navy, I quit for 6 months just to get into top physical condition for the series of tournaments we were playing on the east coast. Later I quit to write the business plan for my coffeeshop/bookstore. I was working 3 jobs and going to school full time. So the only time I had to write and research was in the early mornings and if I was out drinking I was not getting up at 4 or 5 to do my work. I was working at Budget Tapes and Records, at the physics lab at school and bartending at First National Bar in the evenings. But over about a 6-month period I wrote the plan and was able to attract a couple of investors and off we went on that journey.

That is when I first formed my habit of getting up early to do work that required real concentration. At that time, the internet was still some distant thing that only a handful of people really used with any frequency. I only had access to a computer at the school lab and we did not have Internet connectivity—-just Wordperfect and Lotus123. The majority of my research came from going to the library, digging through catalogs to find names and addresses of trade organizations and then sending off a check or money order for $10 for information. And after a week or so, a packet of information about the coffee business or book business would turn up. I would consume that information and distill it into my business plan and then move to the next section.

I’m taking the bus to work now. The first day I stood out there with my backpack and lunch, the driver almost drive right by. He said in the 3 years he’s driven this route it was literally the first time he has ever picked someone up on this stretch of road. I told him to get used to it because I am all over the bus business now. My public transport is superb. I walk about 2 minutes to the edge of the road and that is where the bus picks me up and drops me off. Downtown, it drops me right outside the door to Key Tower. 25 minutes each way. The perfect commute as it gives me a little reading time.

I’ve walking around the city a bit during lunch if I can get a break between meetings. Looking for good pubs or out of the way restaurants.

My great friend Eric got married in Wooster during COVID days. Small, direct family only affair in keeping with social-distancing guidelines.

This morning, coming in early, There was a female maintenance worker on her hands and knees in front of the building. An older black lady. I asker her if she needed help and she said ‘no, I’m just trying to help this bird‘. I assumed perhaps a bird had flown into the building and was now suffering on the sidewalk. And this kind soul, hired to clean the building and working at 6:30 in the morning, was trying to comfort this damaged creature.

No sleep last night. Family drama. Trying to sort out next steps for issues which have no good outcomes. Trying to understand how to deal with a passionate, angry, hurt sibling who is lashing out at people for choices they have made and outcomes they have shaped. Waiting for the inevitable.

I ordered new glasses and they didn’t get my face measurement right so I was asked to send in a close-up photo. I had not realized just how fucking ugly I had become. It was brutal. Or maybe I’ve always been that way and never really noticed. Or cared. Deleted that one after sending it though. 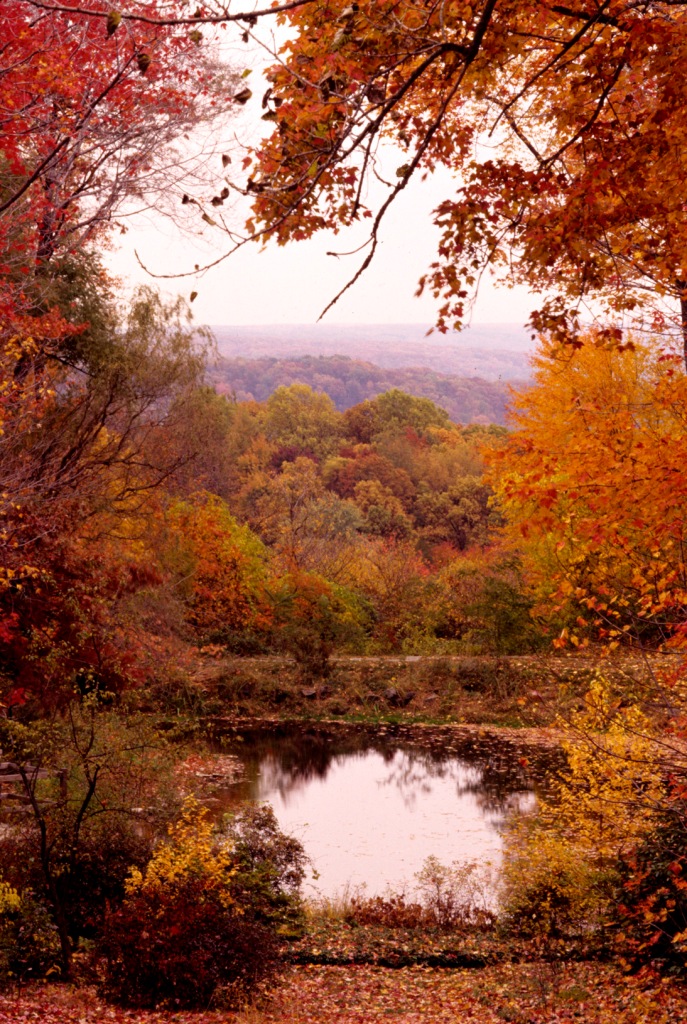 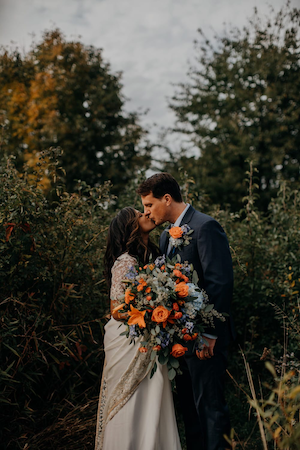 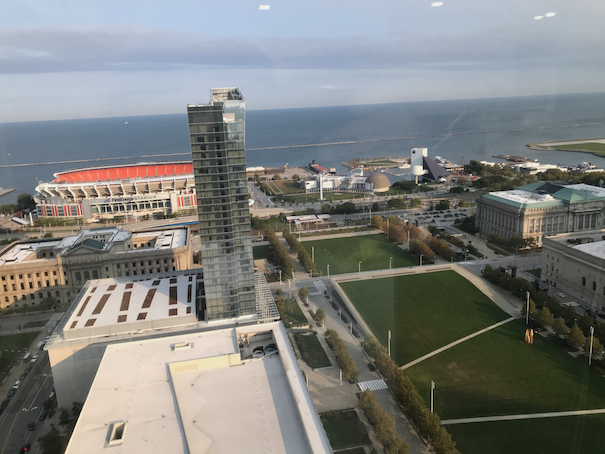 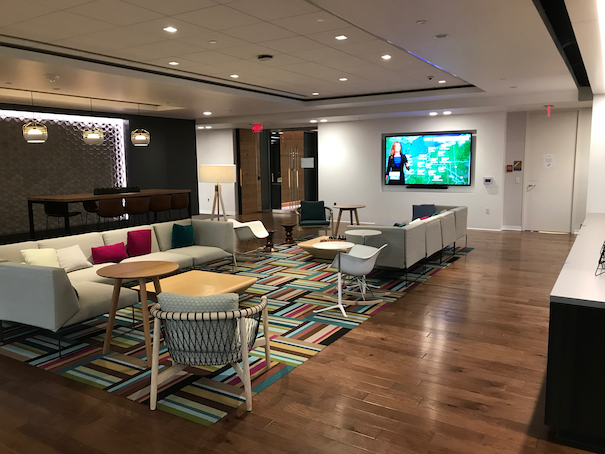 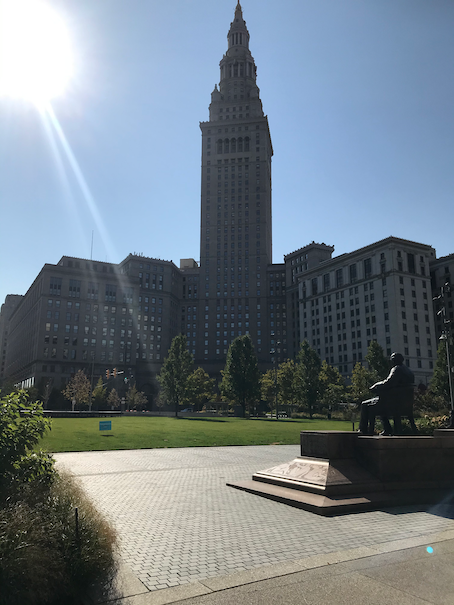 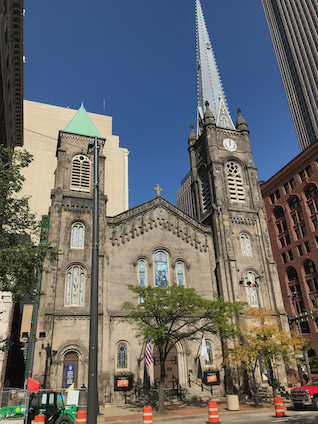