On this day, one year ago, little Mandela took her last breath and then left me behind. She has been missed. Terribly, painfully missed. Some people get the pain of losing a pet and others don’t seem to feel it as strongly. But that doesn’t matter to me. I miss that little dog.

But we move along and life continues on this side.

Fun weekend with some of my old teammates from Pocatello. This year’s crew was Rocke, Billy U, Billy Snapp, Beef, Mickey Guerra, Kip and me. Eclectic group for sure. All shapes and sizes and professions and backgrounds–but that’s one of the beautiful things about rugby. We watched amazing rugby all day Saturday and Sunday. US lost in a tough game to South Africa, who went on to win the event. Fiji got sort of robbed, but the rules of 7’s have evolved to a point where it is a little ridiculous. Still, great rugby and nice weekend. Weather was partly sunny but cold and windy some of the time. We moved around the stadium to find the sun.

The event was better in Vegas—better organized and coordinated and all around better energy and vibe. But still, what’s not to enjoy watching the best of the best in a crowd full of hardy partying supporters from all over the world. As always, the Pacific Island crowds from Figi and Samoa were vibrant and loud and the Kenyans played their drums and sang and danced.

Friday afternoon, I left my hotel in Santa Monica and found a bar in Long Beach and hunkered down to wait for the crew. Gallaghers was the place and it was perfect. Doors and windows open to the lovely afternoon. I drank and listened to jukebox music and chatted with the cute little bartender, Rachael. Wound up drinking quite a bit in fact, as it took several hours for the guys to get through traffic. So I was about 5 Guinness’s and 4 Jameson’s in by the time they got there. We ordered some food and more drinks and caught up before heading back to the condo.

Rocke had a stroke a few years ago and this is the first time I have seen him since. He is mostly Rocke, but still occasionally struggles to find a word or to piece together a phrase the way he wants. Something else a little different, but I never quite figured it out. Billy U. Is crazy as ever. Bouncing around like a mushroom powered Yosemite Sam and non-stop talking about his latest new age philosophy and whatever other random topic is blowing through his mind. Billy is 63 but seriously, unlike anyone I’ve ever known working into his 7th decade. Still stronger and tougher than an anvil, but seriously unique in all mental and emotional aspects.

Snapp, as always; perma-grin and funny as can be. Good to see Beef—a gentle giant and all around great guy. It’s sort of hard to believe Guerra is still alive. Another unbelievably unique cat. I remember him standing on top of a table surrounded by a couple of hundred people at a rugby party and telling these long hilarious poems he made up–weaving rugby lore together with general madness. Another time, we were on the pitch waiting for the game to start for a Sunday morning match. We are all there except we have no hooker–no Guerra to be found. Finally, a big bus pulls into the parking lot from another team and off comes Mickey. He had partied all night with a women’s rugby team. He came straight off the bus and onto the pitch and took his position.

Kip and I’s friendship has unfolded slowly over the years. When I moved to Pocatello around 85 or 86, Kip had already been playing rugby there for a few years. He and I were not friends one might say. We were very different people off the field and had very different styles of play on the field. For years, we played together but rarely talked and never hung out. But over time, we found we had more in common than we thought. On the field, a really deep respect for each other. We found we relied on one another and slowly, over many years, crafted a collaboration that helped us win a lot of games. At first, I played inside center and Kip played outside, with Mickey at scrum-half and Gary af Fly-half. Later I moved to Fly-half and Kip moved to inside center with Dwight at outside. We were formidable then–especially with Darryl and Hennisch on the wings. In my last years, I moved to flanker and Kip played fly-half.

The last few years we have both admitted that when shit got real in a game, we both felt better knowing the other was there to have our back. We just never said that to one another 30 years ago. More than a few times, I remember Kip coming in hot with fists flying if someone gave me a cheap shot, or if I was pinned down under a ruck and getting some boots to the body or head.

We became a damned good team for a lot of years. Once, in an intense head-to-head match with Missoula, we played our asses off in a super tough match that ended in a tie. We played a couple of over-time periods and still wound up in a tie. One of the toughest games I remember. When the final whistle blew, we were all flat out. I was playing flanker and must have made 40 tackles. Kip was playing fly-half. After the game, he came up and gave me a hug and said ‘Myres, you are one fucking tough rugby player’. For some reason, that meant much more to me than it might have from someone else. I suppose because I know how hard it was for him to say it at the time. And, that Kip would never say it if he didn’t believe it. He has no tolerance for anything but completely transparency.

So we had some good times and good laughs this weekend. Joking that we must have both read the same self-help books over the years to learn to deal with our stubbornness and attitude. I joked that Kip always just calls me ‘Myres’, but I consider the that an improvement because for the first 20 years I knew him I was ‘Fucking Myres’. We agreed that only through rugby, a game of such intensity that you form very strong bonds on the field, do two people like us, from such different backgrounds, come together as friends.

Kip had a pretty rough childhood and spent a good bit of time on the wrong side of Johnny law. But sometime around 21 or 22, he quit drinking, gave up drugs, and hunkered down and worked hard. He has a serious intensity and he managed to channel that into his work. He is now he is President of one of the big farm operations in southeast Idaho and makes a good living. Good guy and an interesting evolution in our friendship over about 30 years.

Flying out this morning. Rocke to Mesquite, me to Cleveland and all others to Idaho. 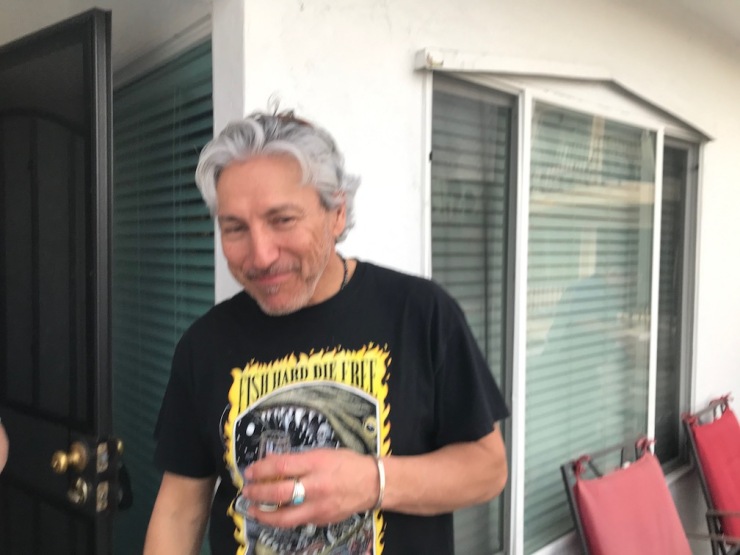 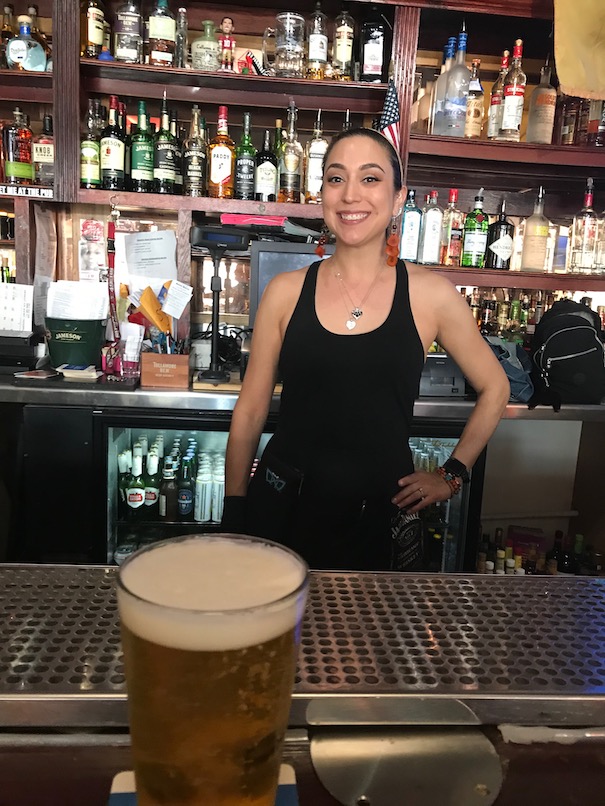 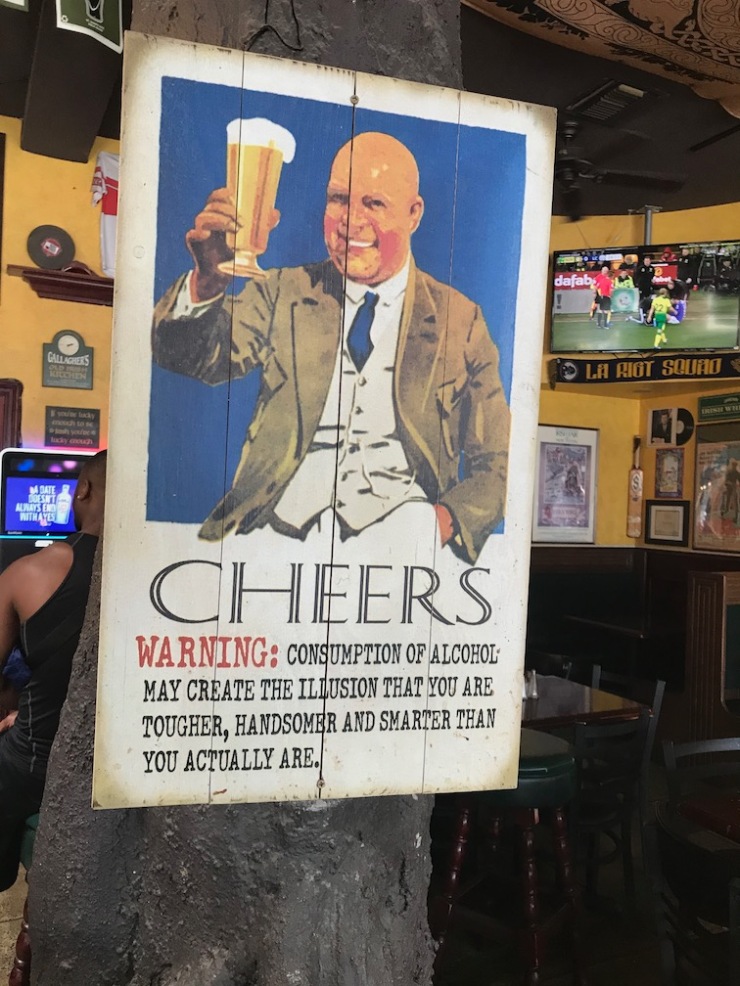 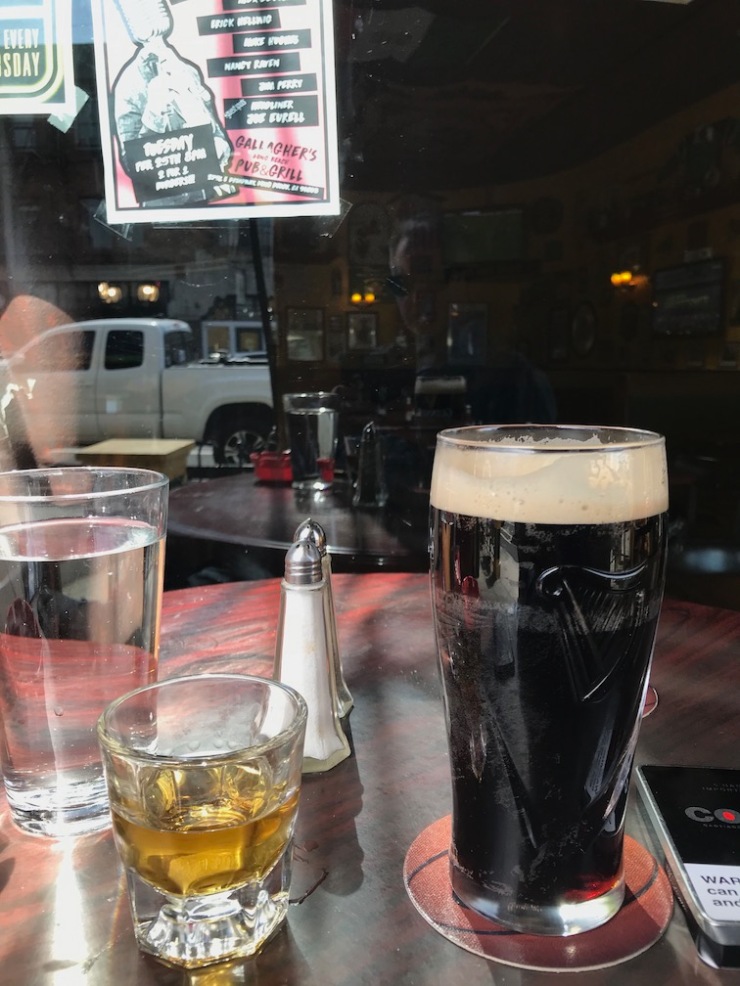 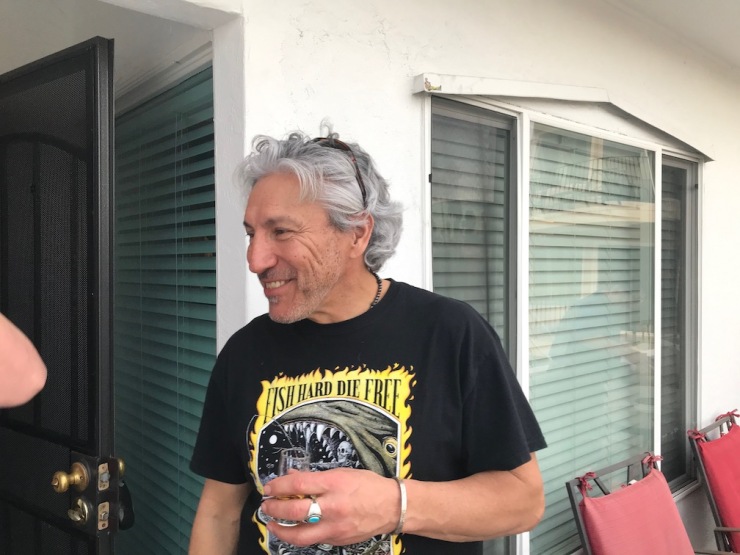 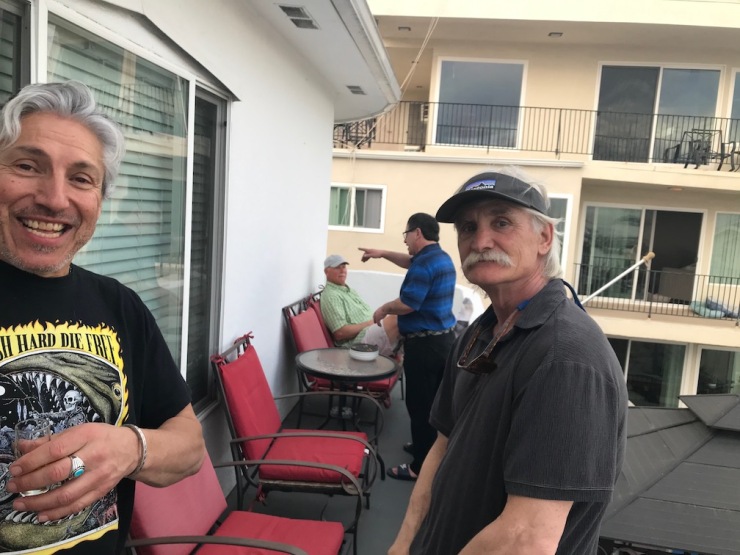 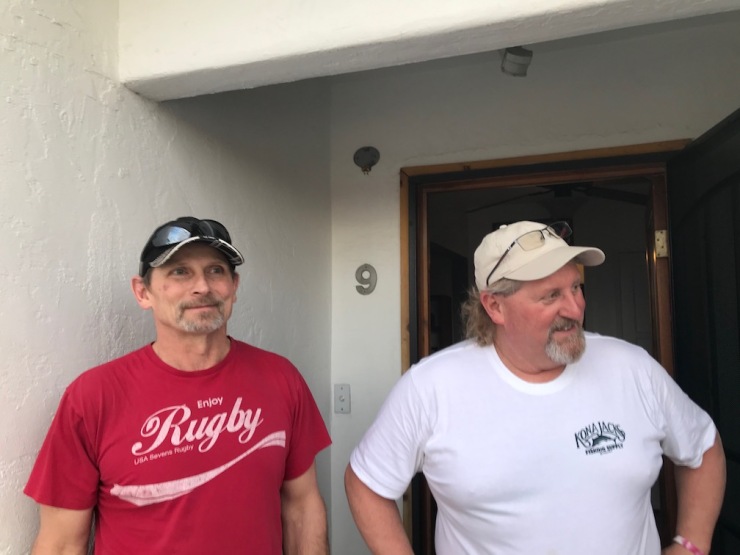 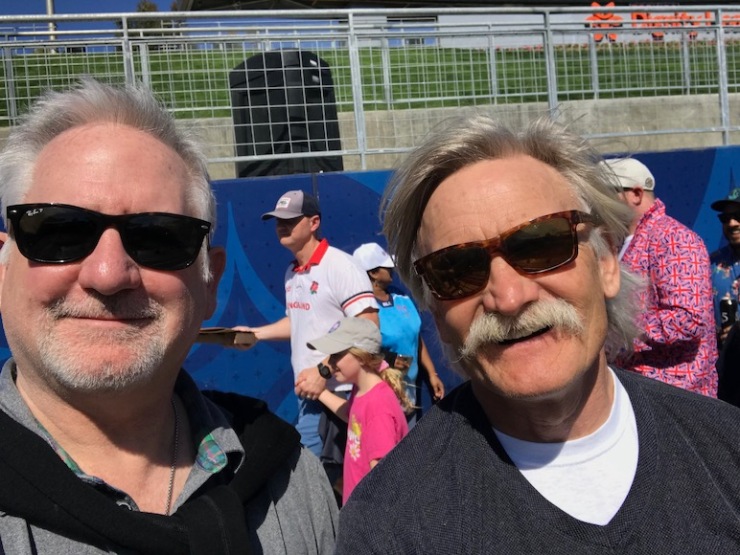 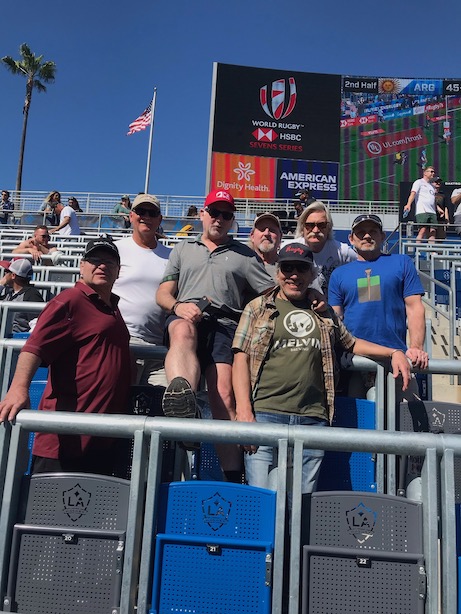 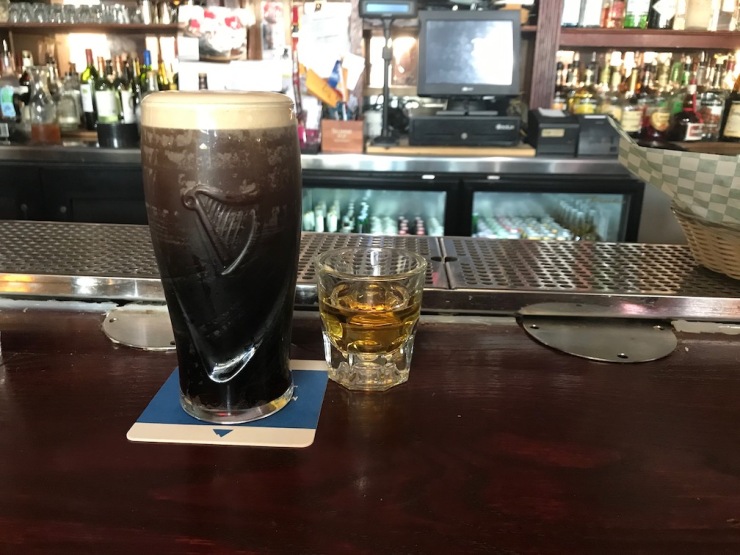 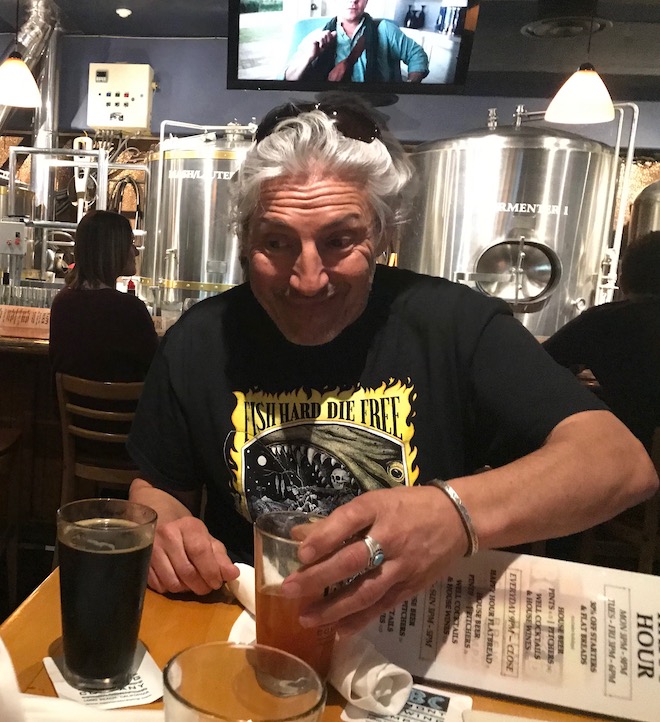 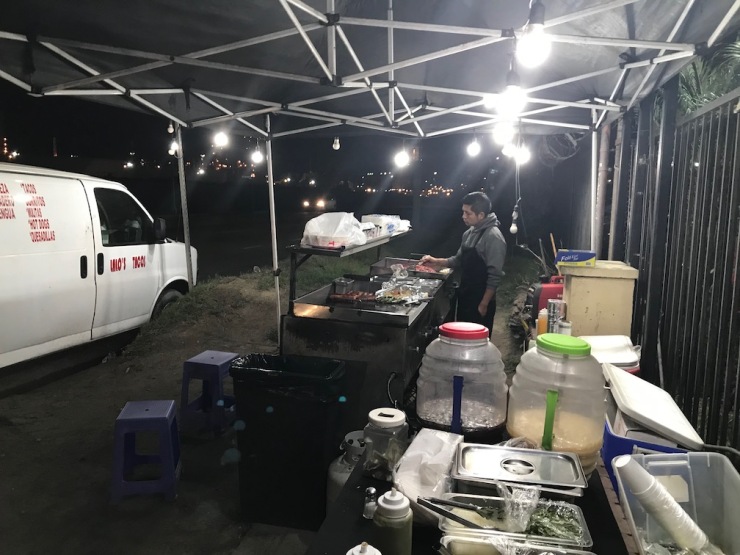 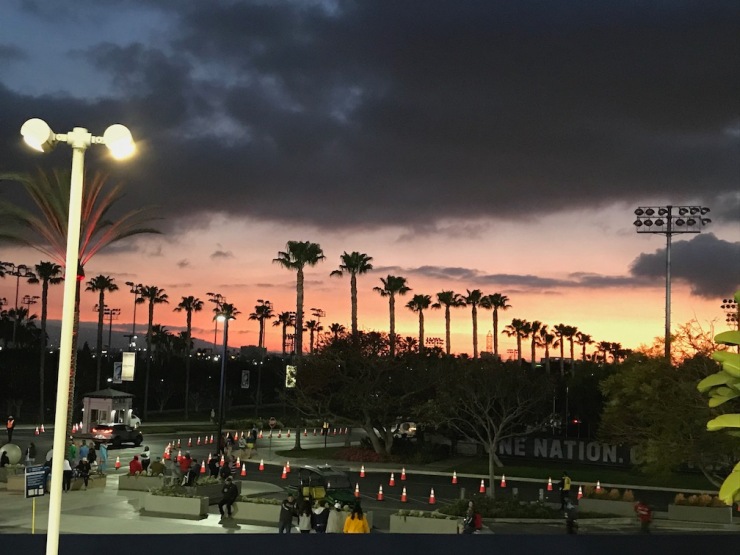 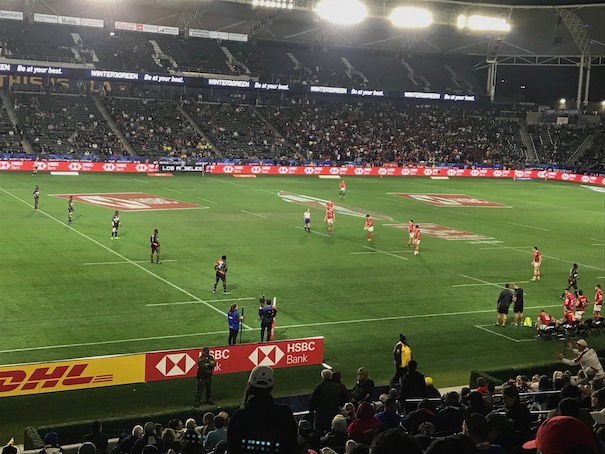