I saw a news piece this morning about wolves in Yellowstone and it reminded me of the time we did the survey at Caribou-Teton National Forest. It was one of the first awards we won at Sundance by just responding to an RFP. I wrote a very detailed proposal with tight resources and not much profit. We needed to get an in with government agencies and this turned out to be it. This led to other awards with the Forest Service. But it was a new type of work for us and it was not an easy job to staff for.

It was all part-time workers except for the lead. We hired Greg Underwood, Billy’s son, and he and I worked together on the hiring, training, and logistics. Greg was our first full time employee; we would hit 60 within a few years. This job went for 9 months and started in January in the mountains. We had multiple points throughout the forest where we had to set up a station to ask forest visitors to take a short survey. There were also cameras and car counts and other aspects with an overall goal of better understanding how people were using National Forests and what their interests were. It was a very cool gig, although hard work and not a lot of money.

Some of the surveys were easy. We merely had to drive to a trail head and set up a counter and survey people as they came and went. But others were in very remote places and we had to use snow machines, often leaving at 4:30 or 5:00am to get deep into the forest in areas where snowmobilers were riding the trails. On one of of these cold early morning excursions, Greg and I were riding along on snow machines in the dark, with just the headlamps illuminating the trail ahead. We left Pocatello around 3:30am for the drive to West Yellowstone and the trailhead where we had to unload the snow machines and equipment. Greg had rigged up sleds for us to pull behind to carry the gear. To meet the requirements of the survey, we had to be on-site at by 8am and this particular site was deep in the forest. It was easy to get lost on those trails in the dark and so we needed to leave plenty of time to find the exact gps coordinates and get set up.

The sun was just beginning to provide a faint glow and we had to stop periodically to check our GPS to make sure we were heading in the right direction. As we came around a corner, we were very suddenly about 75 yards from a pack of wolves who apparently had just taken down a young elk and were still eating. They ran off into the woods as we approached. We cruised slowly by and could see the eyes of the wolves reflecting back from the trees where they waited as we passed by their fresh kill. It was a wild, surreal scene.

Greg and I spent the day deep in the mountains, interviewing the snowmobilers who wanted to stop and have a chat. It was cold, but stunningly beautiful. Our survey location was high on a ridge within a few hundred yards of where the National Forest ended and Yellowstone National Park began. There is an amazing beauty in the mountains in winter. The contrast of the blue sky and white snow and green lodgepole pines.

Later than night, we had a much deserved excellent dinner at one of the western restaurants back down by the main road in West Yellowstone. After a long day in the snow and cold, it was good to sit by the fireplace with a good meal and drinks.

I’ve never forgotten about those wolves.

This gig at Cleveland Clinic was supposed to be a more reasonable work/life balance. But it has not turned out that way. It is true that in BAU (business as usual), work is pretty damn relaxed. The majority of workers are sort of floating along without too much pressure to set the world on fire. Very few people are working after hours or even super hard during work times. I respect this culture. Unfortunately, it does not lend itself to super expensive programs that have tight timelines and a pace and intensity that is a big cultural shock to most of the team. And for those who join a program like ours and bring their laissez-faire work habits with them, it just results in more work for others.

Getting shit done is simply the key. And it aligns with my view of the world. We are paid to get shit done. In two weeks, the guys I brought in who I have worked with before, have achieved more than the other folks got done in the past 3 months. It’s not necessarily the fault of the regulars. They are working in the manner in which they are used to working—they have been conditioned to believe that it’s okay to take 90 days to do 10 days work. And so that became the reality. They are not used to making decisions quickly and converting high level designs to actionable plans in a few days time. But this is a time-bound project and we simply have no luxury of this casual approach to results. We must get shit done. I am not always the most popular guy on campus, but it is my job to keep all the moving parts in synch and aligned on April 1, 2020 and the areas that are behind need to catch up. The people who are not capable need to be pushed aside and replaced with others. It is costly and a blunt fix, but it is the only way now.

And it is causing me some anxiety because I don’t like having to manage this way. And of course it is just a few people–most are doing their best.

So, long hours and weekend work again. But we are slowly getting things turned around and seems a good chance we will pull this miracle off.

I did manage to get some nice walks in last weekend—including a couple of long trips down Lakeshore. I took a bunch of pictures of all the mansions along that road. They are mostly old and mammoth, and to my eye, pretty ugly. But they all have their backs up against the lake with amazing views.

This weekend past we gathered at Shannon’s house for mom’s birthday dinner. Shannon made beef short ribs with mashed potatoes, salad and mushroom soup. Larry and Terri brought hors d’oeuvres and I made chocolate mousse for dessert. Great night of course. Unfortunately I woke up sick. I was up a good bit of the night and drove home around 7am so I could be sick in my own house. Felt pretty terrible all of yesterday—today is better but still a bit dizzy and shaky, but definitely on the mend. I was on a few calls with London today, working from home, but bailed on a few others and will continue to rest and hopefully be fine to go in tomorrow.

Photos are a montage of shots from the past few weeks, including the houses along Lakeshore across the street. 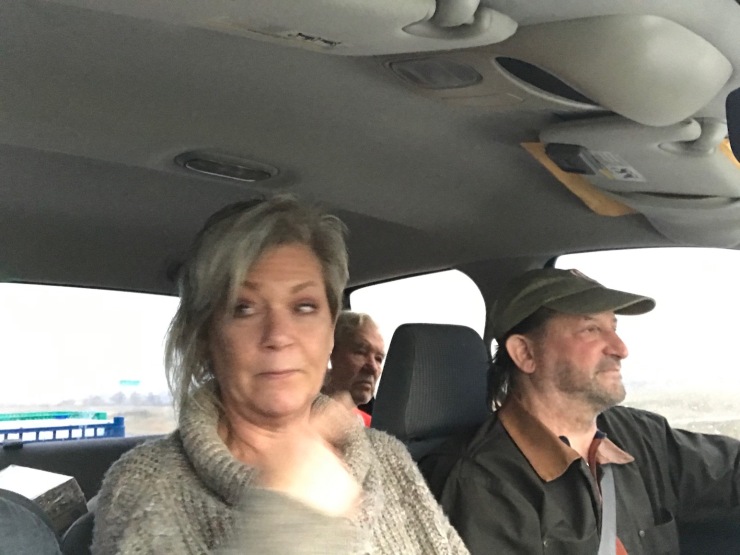 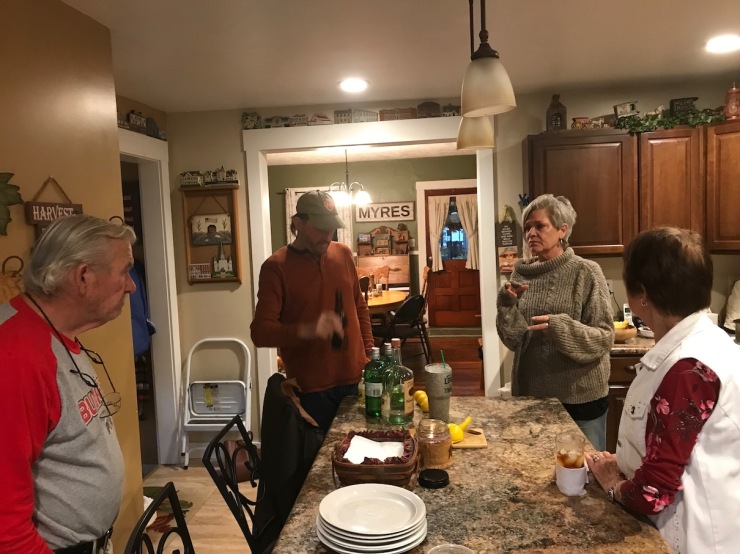 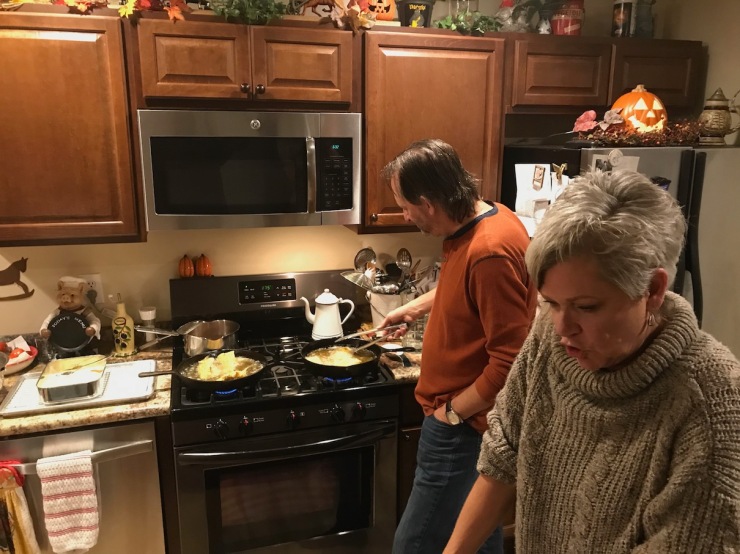 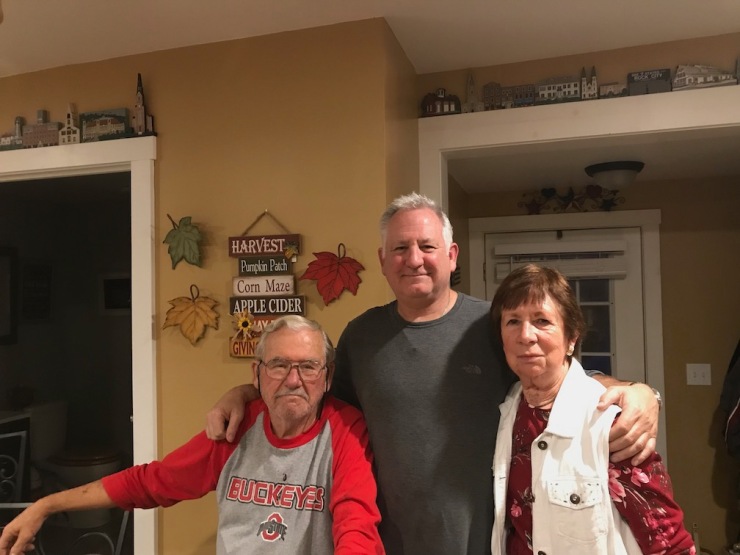 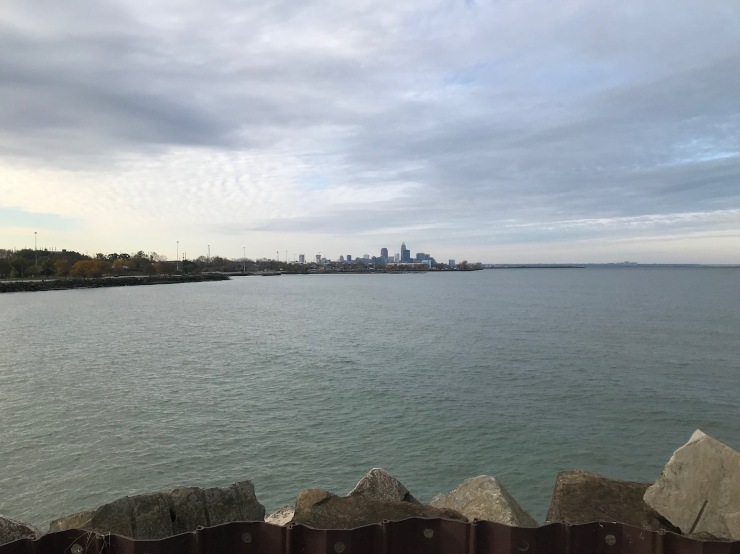 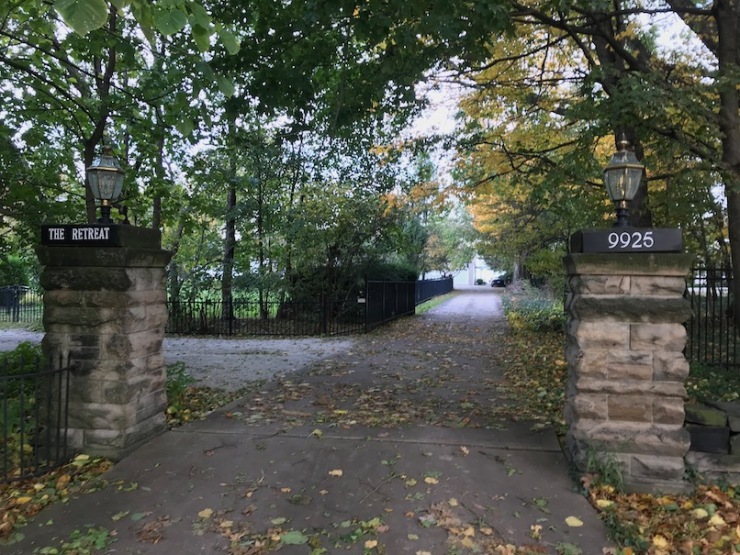 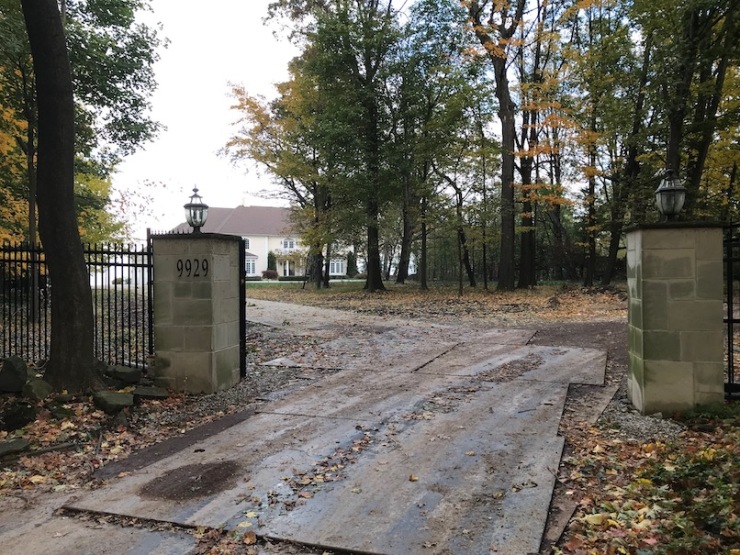 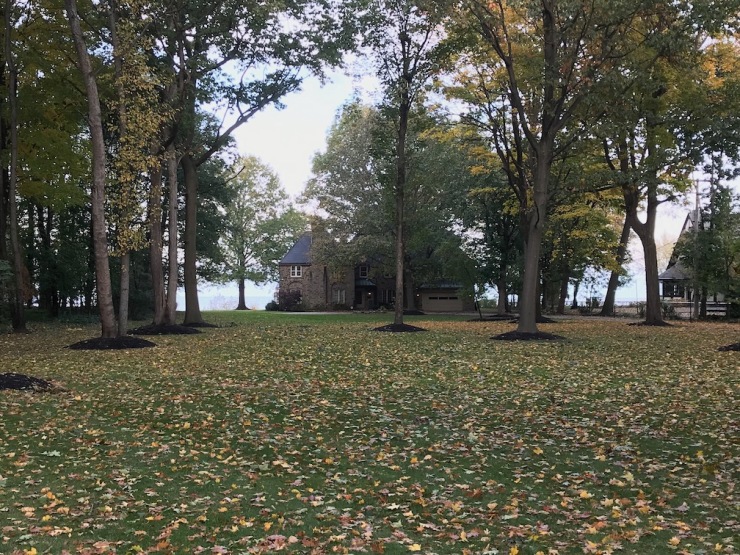 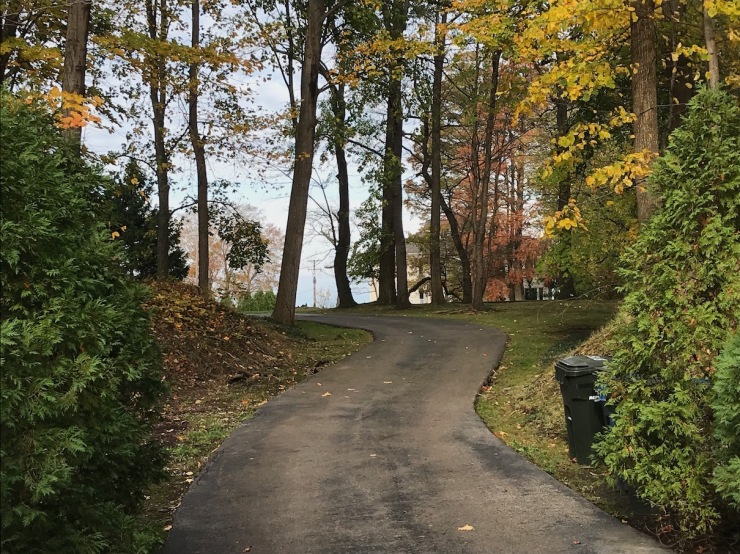 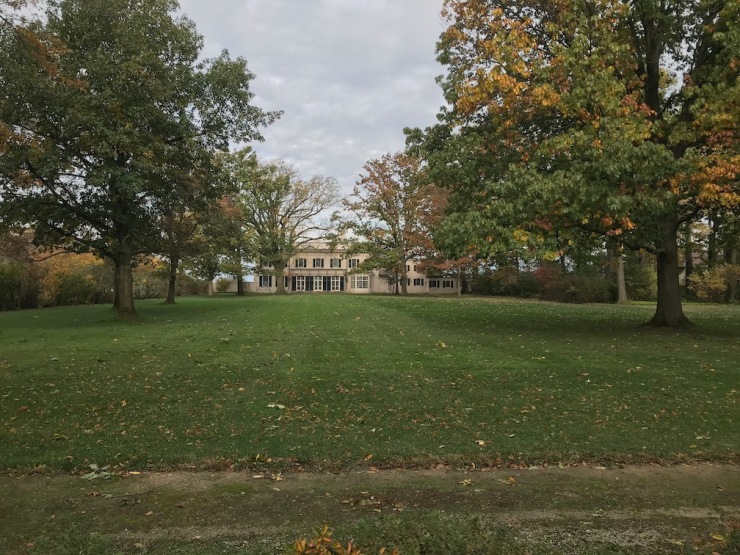 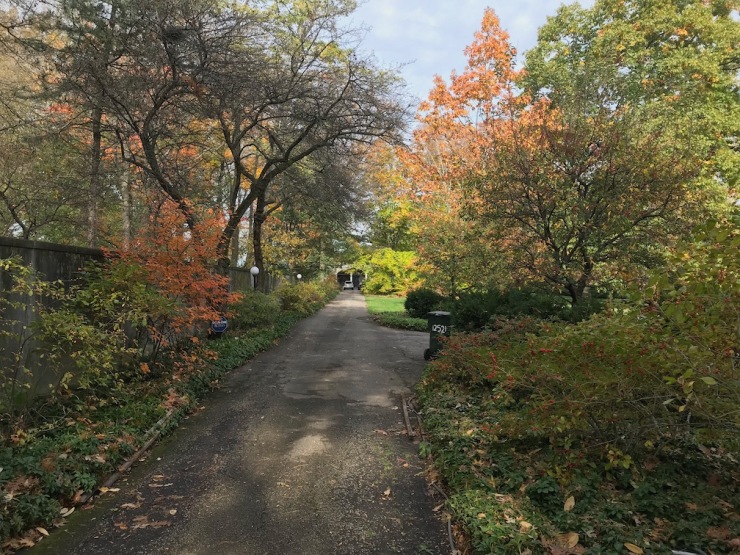 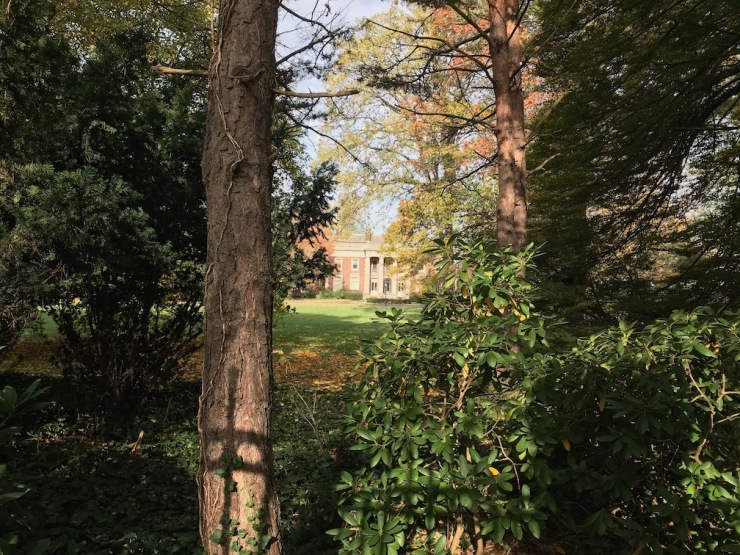 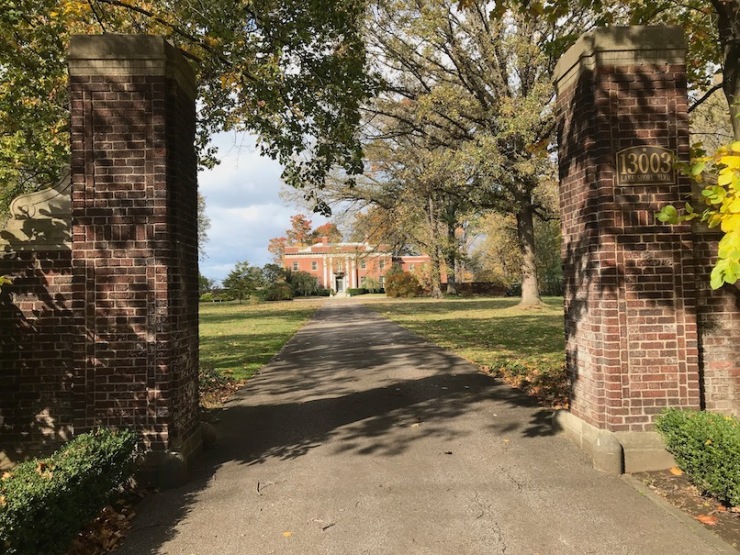 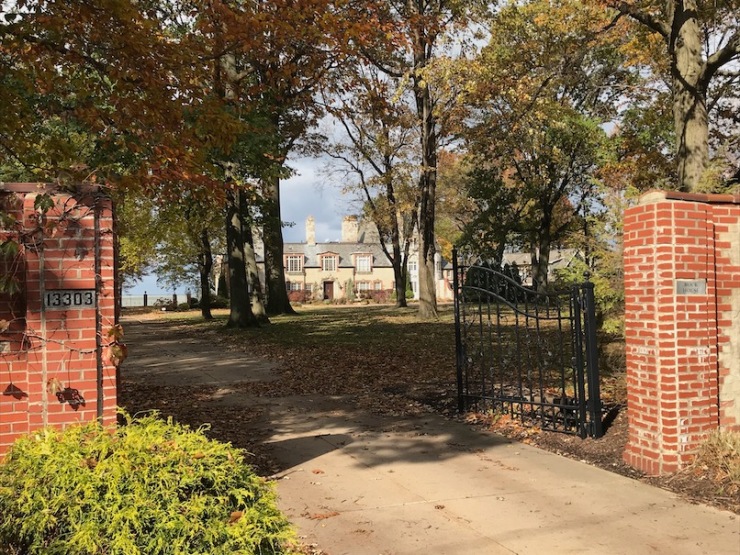 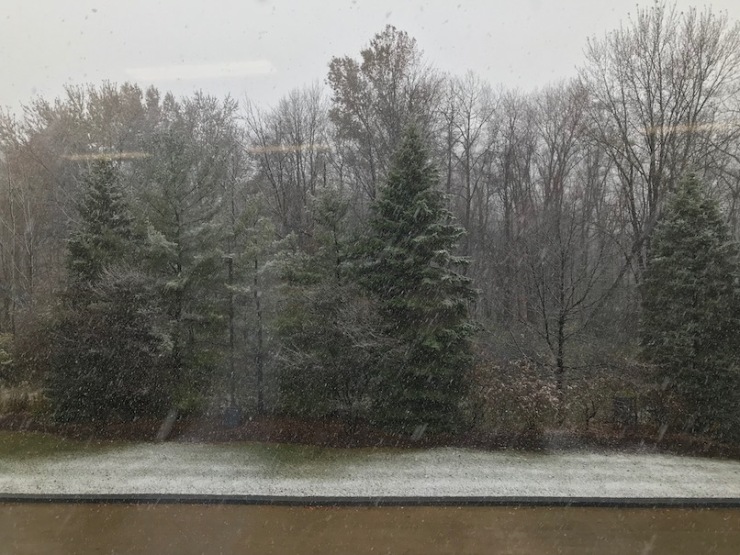 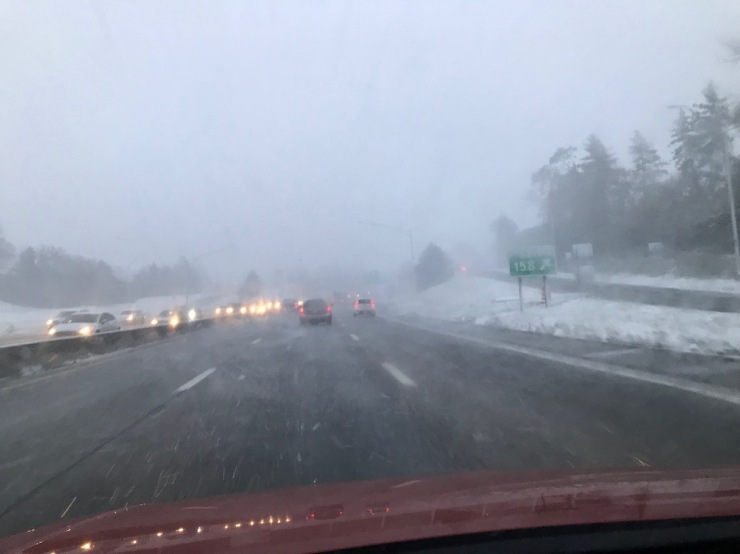