In the end, the big Bocce match turned out to be the Valentine Massacre. After several days of talking smack and bantering, I delivered on my predicted victory.

I beat Lisa 6 games to nil. She folded like a card table when the action got intense. It was painful to see such a proud competitor get so completely annihilated on the hallowed bocce ground of the local Pinstripes.

A fun night for all. Probably slightly less fun for Lisa as she is not used to losing and thus less practiced at it than some. But she held her head high and maintained dignity and we had a couple of drinks and a nice dinner. 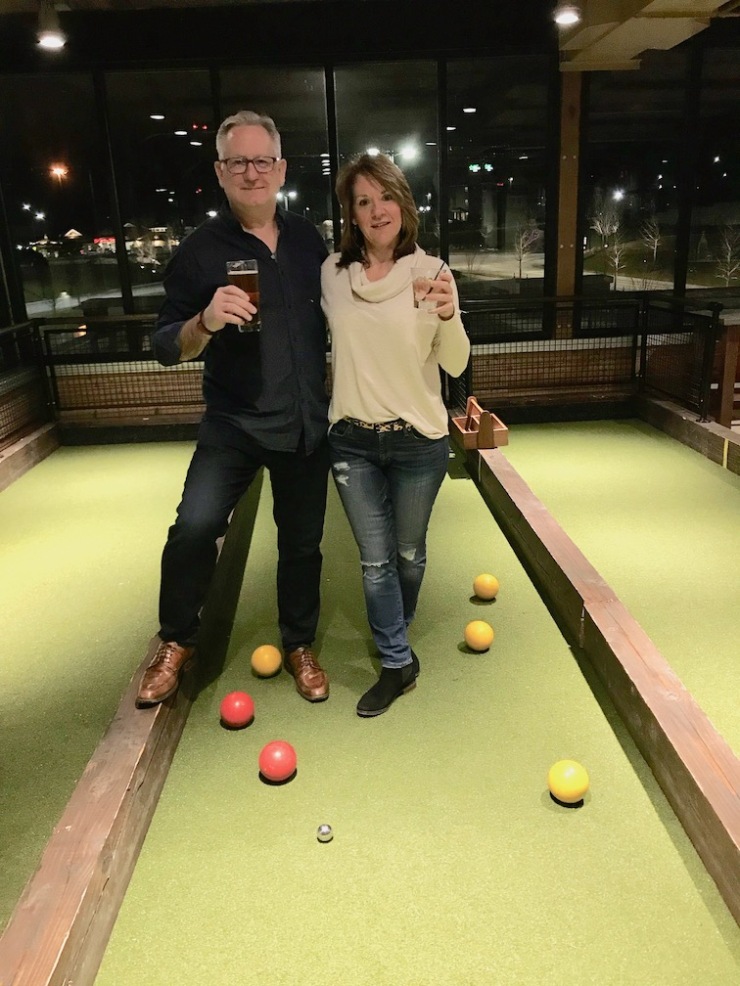