Sjoerd and Onah live in a Norman Rockwell village. Just alongside a canal with several windmills across the water. The homes are all old, brick, beautiful and conform to the regulations of the historical society. There is an amazing bakery on the corner, a quaint pub and a nice small hotel and restaurant. A few more blocks is an ADM chocolate processing plant, so the air nearly always smells like hot chocolate.

Sjoerd picked me up at the airport yesterday and we came home for a nice dinner of Cod, but a particular cut that translates in English basically as the ‘neck’ of the fish. It was poached with white wine and herbs and was spectacular; tender and flavorful. Onah also served pureed carrots with ginger and cardamon. Sjoerd opened a terrific Barolo that he ordered when we were all in Almafi in October. Music was on to Sjoerd’s usual playlist which is all over the place; Elvis, Roy Orbison, Johnny Cash, Johnny Lang, John Lee Hooker, Buddy Guy, Neil Diamond.

Sjoerd and I sing out loud. Onah does not but she enouragues us with a nice smile.

Onah had my room ready and bed turned down; bathroom laid out completely with towels and toiletries.

After dinner I had a few emails to get out the door and then Onah took us to the city and dropped us off to go be guys.

Pretty mild night at the Royal Hotel. We hung there and had too much beer and whiskey and a few laughs with Reggy and Pieter and the usual gaggle of bar girls. Afterwards we went to Mekhong River bar and had some super spicy Thai and Filipino food and more beer. Never quite sure what you will see at Mekhong. Lady-boys abound and sometimes it’s not quite clear who is a boy, a girl, or somewhere in between. Fun place though and we had plenty more laughs. I first came to this bar around 1997 or so with the whole crew from Siebel after an office party.

Onah picked us up around midnight; she politely declined when I asked if I could drive her electric BMW i3 home. Onah is probably the world’s greatest woman. Smart, beautiful, spiritual, kind, clever and full of more wisdom that I will get in another 100 lifetimes. No exaggeration to say that some of the funnest times I’ve had in the past 20 years is hanging out with these two.

It’s early morning here and S&O are still sleeping. We will have breakfast later and then we will go to the little town where we are going to a whiskey tasting at 2:00. 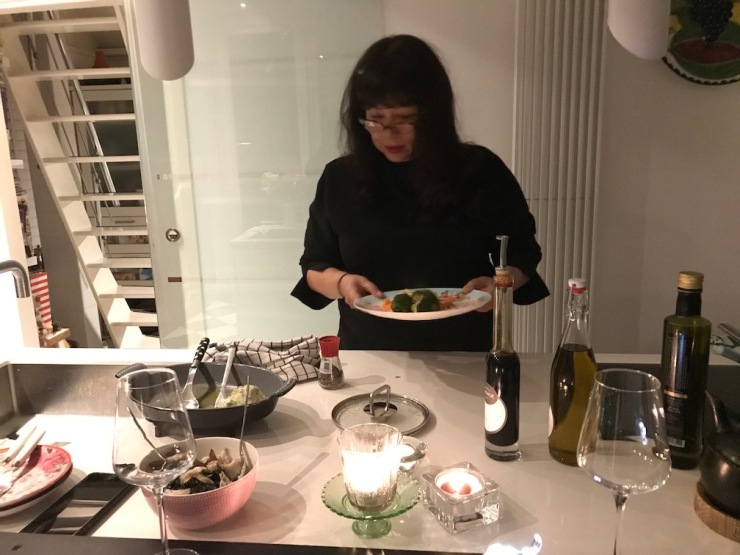 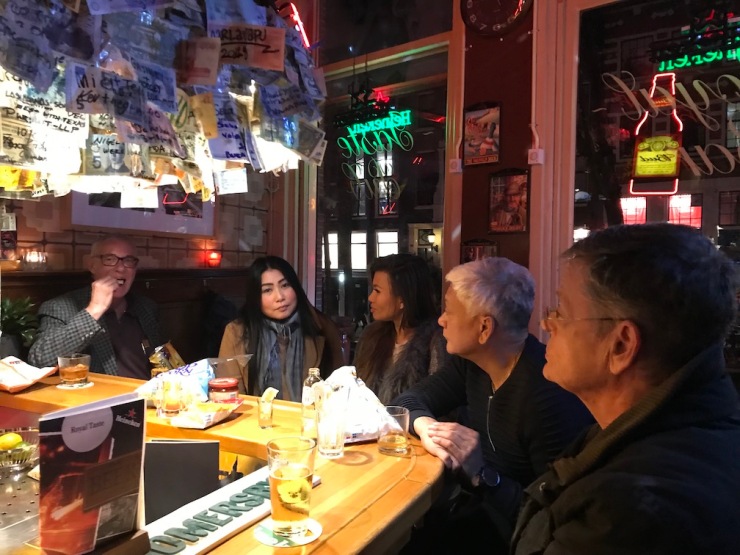 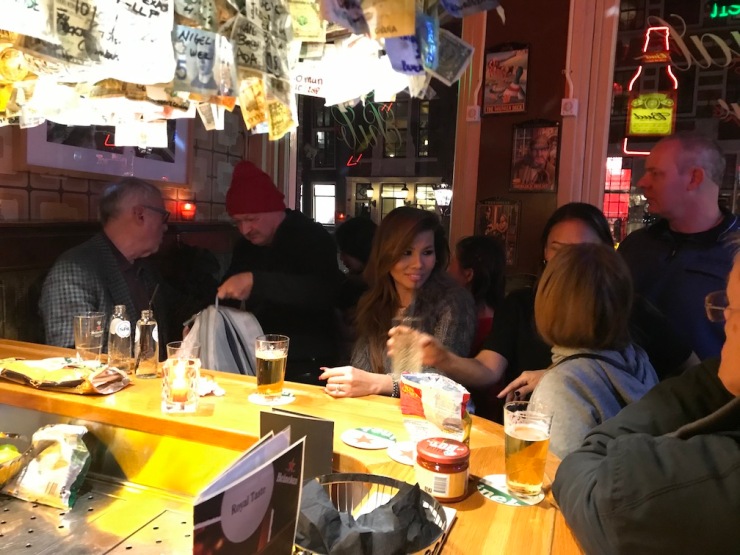