On the plane from Jo’burg to Windhoek. How many times have I taken this flight? The first time was in December 2002. I remember leaving Shannon and Pat’s house, when they were still married, on Christmas Day. Dad and Larry walked me out to the car. It was chilly and snowing lightly. I still had my Porsche. I drove to Michael’s house, spent the night there and left my car and flew to Jo’burg and then on to this flight.

I remember being in awe of the breadth and beauty of the Africa landscape and that has never faded. I took a taxi to the Rossing Foundation and there I met Eric. We were a few days ahead of the rest of the volunteers for that year so we went out and had fun and became immediate good friends and have remained close over the years. Soon the others showed up and we started our orientation.

I have probably averaged around 2 visits per year to Namibia since that time. It was closer to 3 times per year in the early days of MYO but in the last 5 or 6 years is usually once a year. So that means I have flown into and out of Namibia around 30 times.

I’ve always had a great feeling of peace and calm here. Everything slows down in Africa–there is time to think; to be thoughtful and reflective.

I am carrying 4 laptops on this trip—all carry on. If I packed them in my checked luggage they would be stolen at customs— a lesson I learned in the early days with cameras and other electronic gear.

I have gone through customs now at Columbus, Atlanta, Johannesburg, Lusaka, & Johannesburg. So 5 times of taking out 4 laptops and going through the routine. Will be glad to off load two of them here. I brought one for Ndeshipanda and one for Naazneen. Naaz is not expecting one—it is a surprise. I want her to have tools for more education and also for Aneeka to have access to a computer. I will see if I can find a wireless keyboard and a mouse in Windhoek.

I had two fantastic days with Beverly–just the two of us to catch up and talk about everything. She is building a business in real estate and recently finished her honours program at University of Cape Town. So she is doing well. And as hard-working and motivated as ever. We went to Joe’s Beerhouse Thursday night, for old time’s sake. Last night we went to Sardinia’s. They have a new location and we sat on the patio and had lovely meal and a Friday Night Martini.

But today, was all about reunion with MYO alumni. Ndeshipanda, Annalea, Christopher, David, Freida and Ndapandula showed up. Also, Mr. Moyo, my beloved friend from teaching together in Arandis and a few other friends of friends turned up. It was a very nice day. We all were able to catch up and and had a few beers and a lovely braai. We swam and sat around and chatted. They all appear to be doing well but I still gave them a short lecture about the importance of being diligent against apathy and never accept idea of being an average performer. 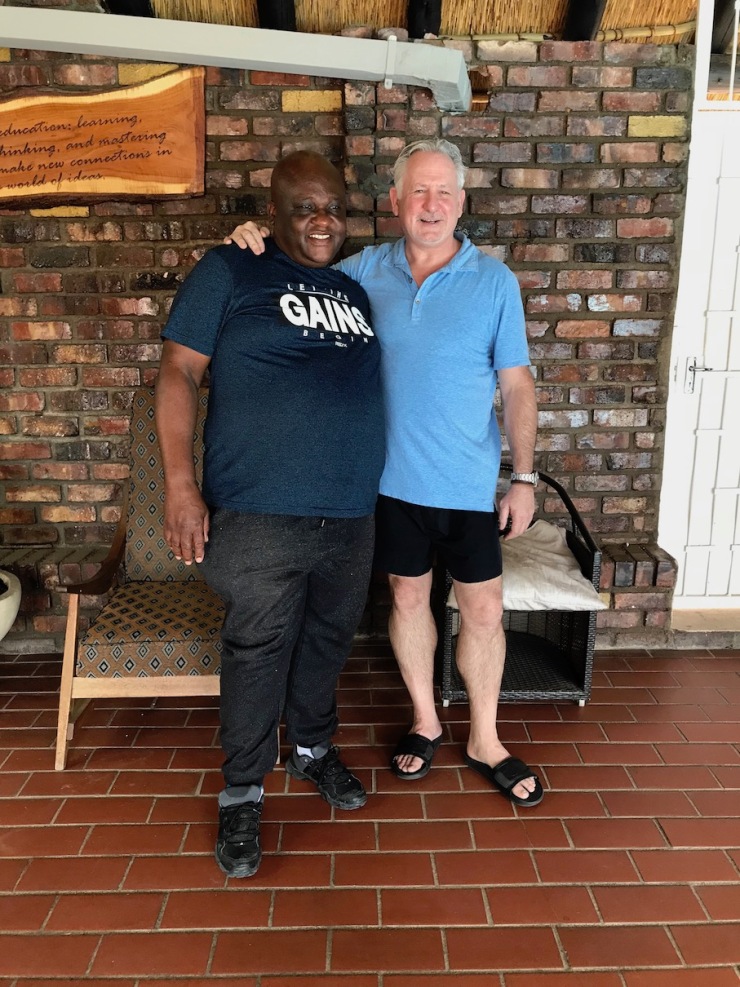 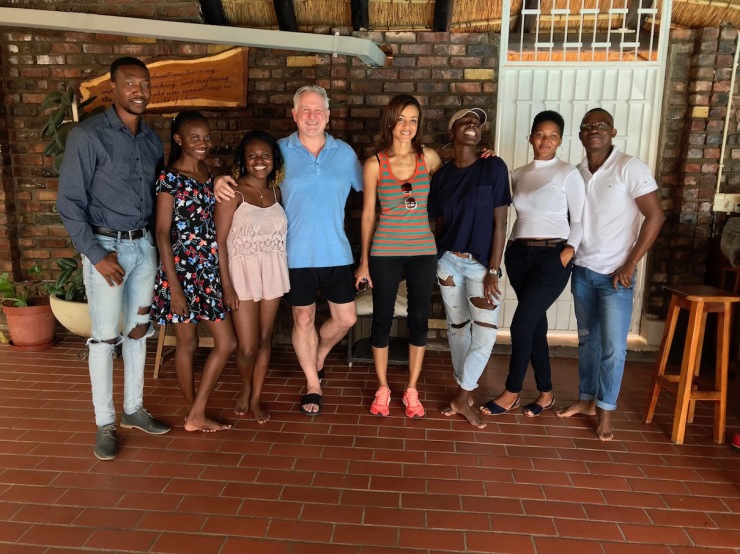