I arrived a few hours ago at the Appi Kogen ski resort  adjacent to the Towada-Hachimantai National Park. Now sitting down to dinner and a FNM (separate post). I left the office around noon and took the metro train from Shinjuku station to Tokyo station and there caught the Shinkansen or as commonly referred to  as ‘bullet’ train to Morioka station. From Morioka I caught a local train to Appi-Kogen and from there a free shuttle bus up to the ski area.

Slogan for this ski resort ‘Be Happy in Appi!’ Why not I say?

The local train ride was pretty cool. A very tired young Japanese lad was on the train alone and fell asleep–when his stop came he jumped up and ran off the platform like someone must have been waiting for him. 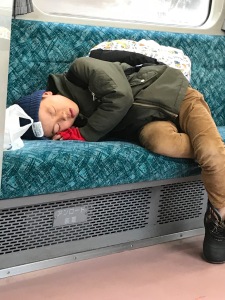 It was snowing when we got off the train, many people carrying skis and snowboards, which was a good sign. About the time I got on the local train I realized I had left my iPad on the bullet train. I called the customer service number and they referred me to the station where the train would make its final stop. But when I called that number, they spoke no English. When I checked into my hotel the front desk clerk was good enough to call but the lost and found people were gone for the day. I left details of my train, car number and seat number with the hope they would find the iPad and send it back to my hotel in Tokyo. Stay tuned on this one. A long shot, but sometimes things work out.

Interestingly, at my hotel, which is pretty nice, there are two bars. Both closed. One is closed for remodeling–the other looks lovely but is only open from 8:00 – 10:30 every night. WTF? Not like any ski resort I have seen before. More like a Muslim or Mormon ski resort. Japanese are big drinkers too, so makes no sense.

The website strongly urged making reservations for dinner. There are several restaurants here but the website suggested without a reservation guests may go hungry. So I made a reservation at the fine French restaurant, since it is Friday and the day after my birthday as well. I was the only guest. Reservation; unnecessary. Since the bar was closed and I was desperate for a drink I went at 7:00 even though my reservation was only for 8:00. There was no bar in the restaurant either so I took my table early and ordered a martini. It being Friday night and all. I read for an hour, had a second drink, then dinner (which was surprisingly good) and nary another table was sat. I left at 9:00 for the main bar and was the only customer of the night.

Highlight at the main bar was the bartender who had a pompadour like a tidal wave coming off his forehead. Very impressive. But a diligent and lovely bartender who poured my scotch perfectly.

I started this post on Saturday, completed on Sunday and added a few more pictures.

Skiing was marginal–it’s just that time of year where it gets a bit too warm and the snow starts to melt a little and then it gets cold and freezes. It was pretty icy so I stayed on the groomed trails and only skied 1/2 the day. Still, nice to get out and a beautiful ski area. Dinner on Saturday was a repeat of Friday. Turns out I chose a resort that focuses almost exclusively on families it seems. Not near enough bars for me. 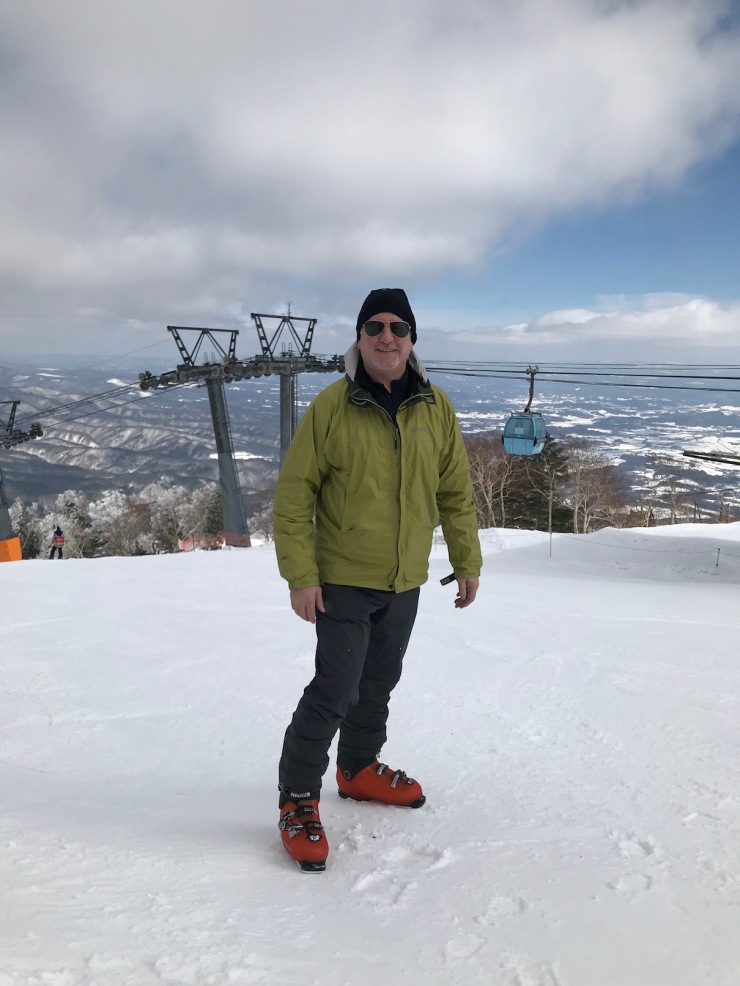