When a 10-year old from a small town in Namibia tells you he wants to become an airline pilot, there is a natural instinct to encourage him to consider a back-up plan. Such was the case with Chief Thomas. The Big Chief, as I always called him. In the tradition we have of asking young kids, especially kids who have virtually no context about the world in which to formulate an answer, we ask them what they want to do for a living. A question that still perplexes most adults.

But occasionally we find young people who are not conflicted on this matter.

Enter The Big Chief. He answered authoritatively and immediately that he was meant to become an airline pilot.

It’s no easy thing to articulate exactly how unlikely this journey would be—given Chief’s starting point in life. It was simply the case 15 years ago that Namibia had precious few native pilots. Most were white and were from South Africa. That was the state of the airline industry when Chief made his proclamation. Even in the US, the journey to commercial airline pilot is expensive, time-consuming, and complicated unless you are trained in the military. And so starting from a small town in the Namib desert seemed an obstacle. And I suppose for most it would have been.

I have many stories about Chief. We met when he was in grade 4, in one of our first classes at MYO. Chief was always a very polite and bright child. He was good at tennis. Not exceptional, but very committed. He worked hard in the academic program and was always outgoing and friendly. I met his parents and he had a very stable and loving home life. This was relatively unique in our environment and it is a massive advantage, even in a developing country. But even with a good family and the help of MYO, there is little to fully explain how he got from Mondesa to now being a commercial pilot.

It is simply will, I think. Full commitment. A refusal to consider not succeeding; and no small amount of courage and ingenuity.

In those early days, we gathered only limited data on our kids. Here is Chief’s data sheet.

I asked Chief to give me an update on his current status and his reply is below:

Hi Mr Rob. Don’t think I forgot about your request for an update. Haha. Been extremely out of sync and busy with work and training. Anyways.

I’m still employed by Westair Aviation as a Commercial Pilot and Ground Operations Manager. I do all kinds of flying for them flying multiple types of aircraft.

From the smallest being a C182 seating 4 to a recent upgrade on the Embraer 145 seating 55.

We fly people all over Africa into bush strips, do normal and VIP charters, fly cargo for DHL to and from South Africa, do Mercy flights for Emed Rescue 24 and survey flying for private contractors.

I’m having the best time of my life right now. The flying has been so good I get bored on the ground at times. It’s like a hobby. Would you believe that one can get paid to fly. Haha. I’m doing a tad more than the average because of my age. Not much free time, just focusing on the career progression at this stage. Trying to get all sorted before the 30s so I can slow down by the time I start a family.

On the side, I’m busy with my Bsc In Aeronautical science with Embry Riddle Aeronautical University. Doing it via distance to slot in my schedules and time away from bases.

I also have a website dedicated to aviation learning . It’s a non profit/free platform focused on providing easily accessible and free material to not only pilots but those interested in the field. Built and run the site all by myself. Check it out of you have time. http://www.aviationchief.com

At 23 – My next goal is getting my BsC sorted out. It’s self paced due lack of funds and time available at this stage but I’m confident I’ll get it done.

A few snaps of the flying I do are below.

Chief’s story is an important one. First, because he deserves his success. I know of very few people who have pursued their dreams with such fanatical commitment. As far as I can tell, there has not been a decision he has taken that was not meant to advance his agenda of becoming a pilot.

I caught up with Chief in 2014 in Florida. He was in flight school on the east coast and I was in Tampa doing a job. I drove across and we met for dinner. He updated me on his situation and as far as I could piece together, Chief essentially approached the government of Namibia and implored them to start training Namibians to be pilots in Namibia rather than bringing in foreigners. And so he created his own scholarship program for himself and 3 other Namibians who he had enlisted in his cause. His commitment was that after he became a pilot, he would live and work in Namibia and get his hours and do his time until he had the qualifications for Air Namibia. And that is what he is now doing.

In December of 2014, Chief joined us in Idaho for Christmas along with my parent’s. He remains as gracious and interesting and pleasant as he was when he was 10.

As busy as he is flying full time and pursuing his Bachelor’s degree, he also devotes a lot of time to his very impressive website. This is a site meant to help others with a dream of flying by making information easily available.

Chief and I share a mutual dream which I know will come true. One of these days, I will board my flight from Johannesburg for Windhoek, and Captain Chief Thomas will call over the intercom to tell us about the flight details.

So this is the story of The Big Chief. One of the first MYO alumni and we could not be more proud of him.

Several pictures of Chief below from MYO days and from his own collection of aircraft.

And, when he received his wings.

As we say with our all young charges at MYO—it is truly our privilege to work on their behalf. 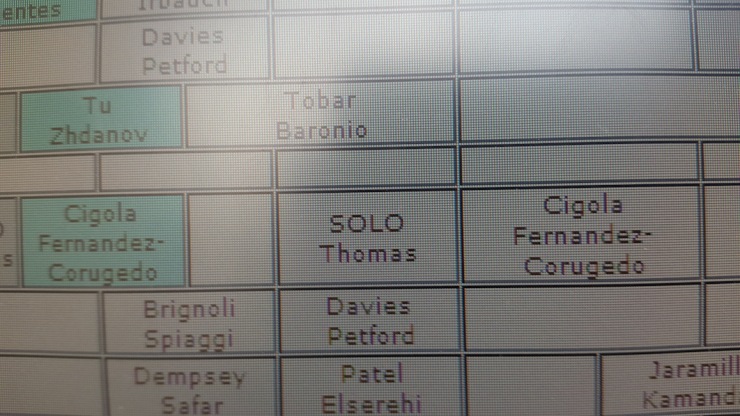 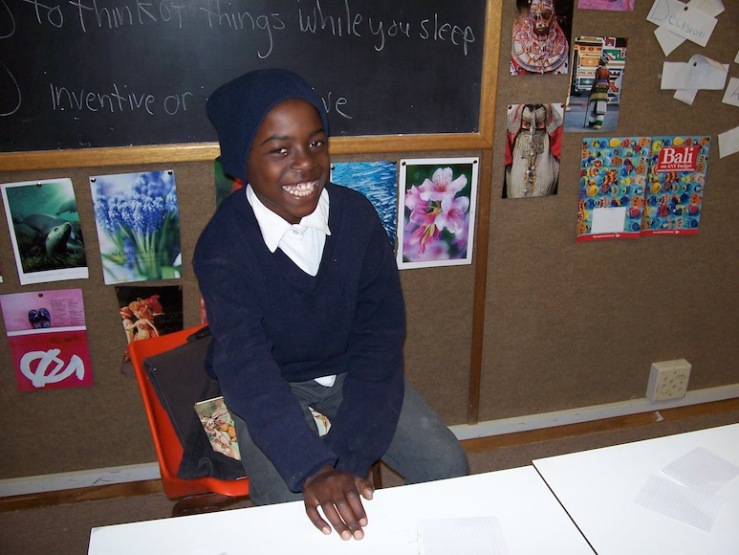 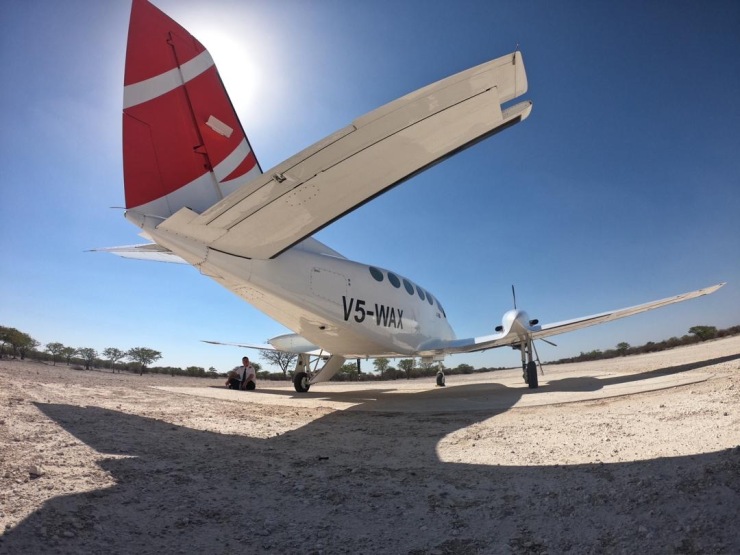 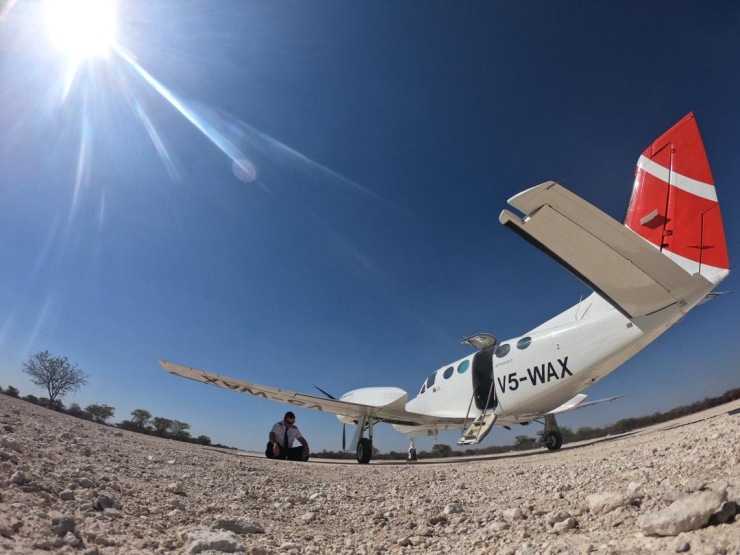 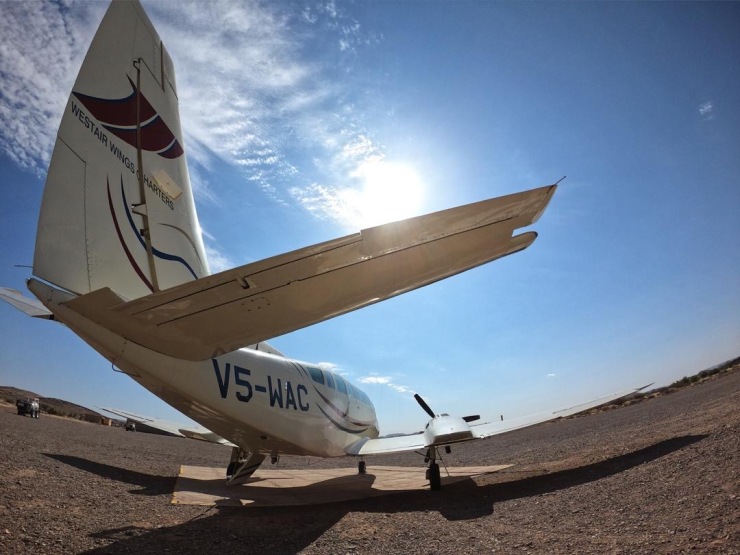 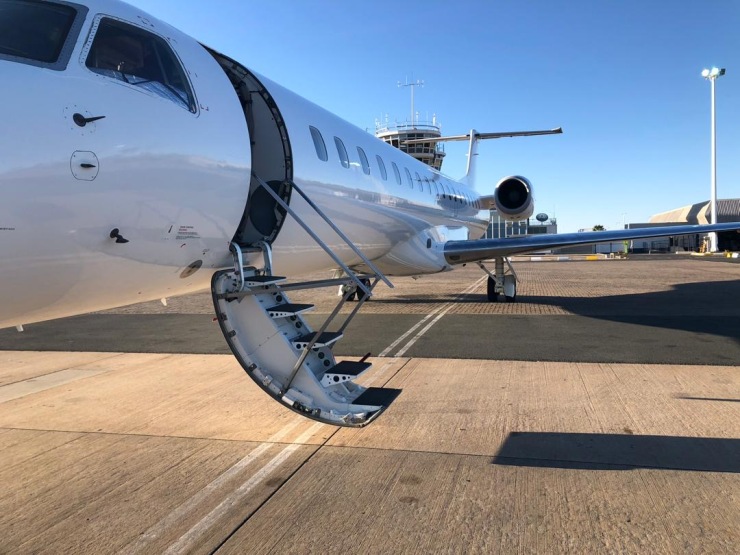 4 thoughts on “Keep The Blue Side Up Big Chief”